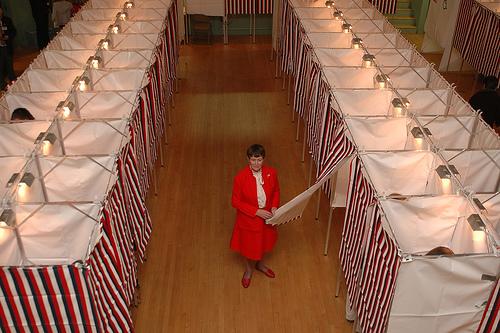 Records show that a Republican running for county commissioner in Texas has been casting ballots there and in Pennsylvania.
By Jim Hightower | October 24, 2012

At my age, I thought I’d seen pretty much everything — and I’ve been to the carny sideshow at the Texas State Fair twice.

But now comes a Houston-based, tea-party outfit calling itself True the Vote. It claims to be dedicated to sniffing out ineligible voters — in particular, your darker-skinned types who favor the Democratic Party. True the Vote claims that hordes of these undesirables are swarming America’s polling places to vote illegally.

Sadly, these self-appointed guardians of ballot integrity haven’t had much luck in sniffing out, you know, actual documented cases of such fraud. 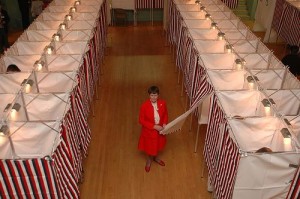 But, whew, what’s that smell? Why it’s Bruce Fleming, a Republican running for county commissioner in Sugar Land, Texas — which happens to be the home of True the Vote’s founder, Catherine Engelbrecht.

Fleming turns out to be a blatant, serial violator of our nation’s laws to protect — you got it — voter integrity. In 2006, 2008, and 2010, he voted in person in Sugar Land, and also by mail in Yardley, Pennsylvania, where he and his wife Nancy own a home. In 2010, she also voted in both Texas and Pennsylvania — a gross double-dipping felony.

So, while Englebrecht and her cadre of vote sniffers have been challenging the eligibility of voters all over America, she had a real fraud case right under her nose! And although Mr. and Mrs. Fleming are said to have no formal role with True the Vote, he is an advocate of its witch-hunt for illegal Democratic voters.

“The less said the better,” Fleming said about his own recidivist fraud. “Until we can determine the situation, I can’t really comment.”

Did I mention that Fleming was named the county’s Republican “precinct chairman of the year” in 2010? Now that’s a powerful comment on the GOP’s real concern about voter fraud.