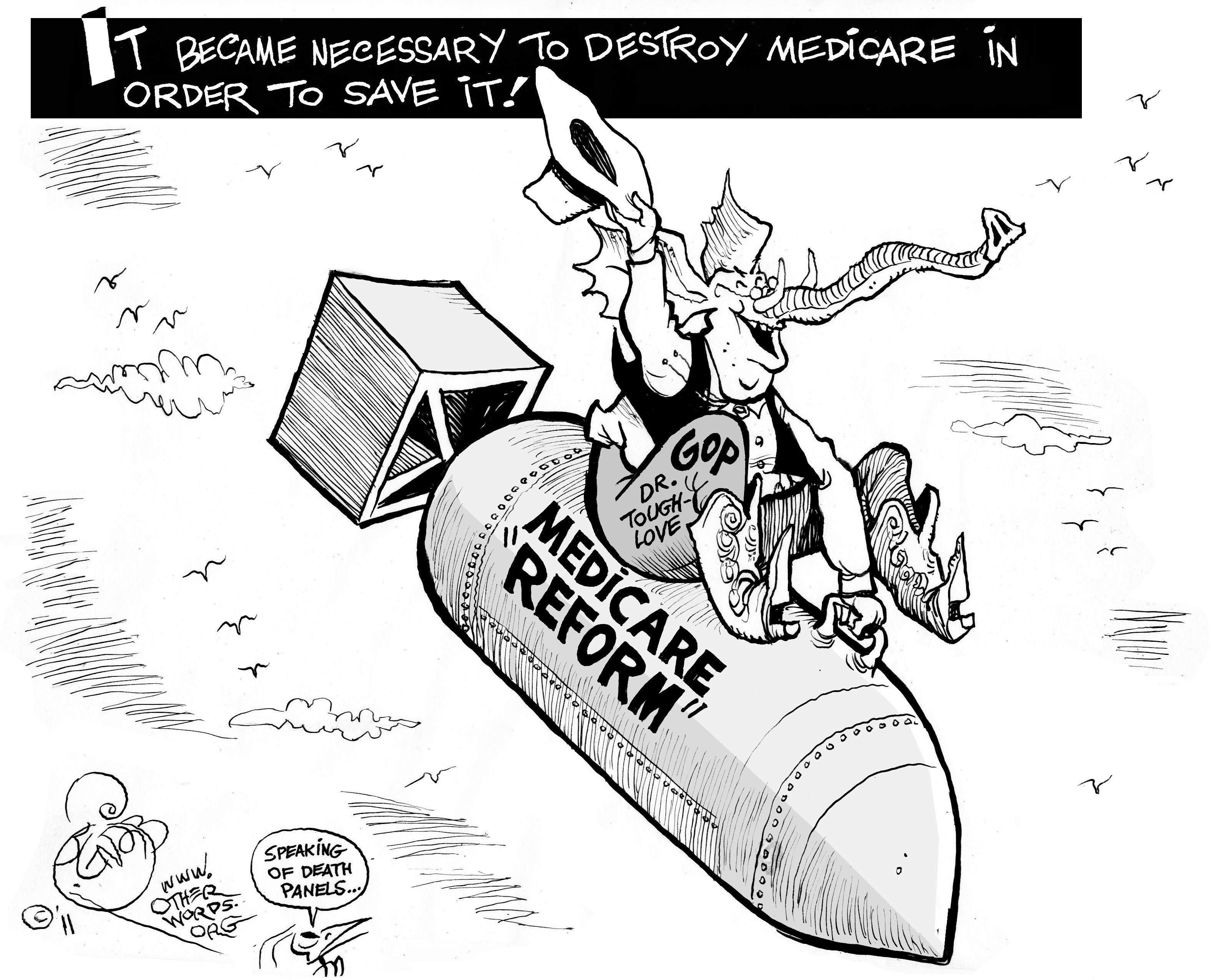 Understandably, the public is now angry at Rep. Ryan and his Republican cohorts.
By Jim Hightower | June 13, 2011

In an astonishing observation, Rep. Paul Ryan recently declared: “Washington has not been honest with you.”

Gosh, Paul, that possibility never occurred to us!

What makes the Wisconsin lawmaker’s observation astonishing is the fact that he is Washington — a seven-term Republican insider, House budget chairman, and author of the GOP’s ideologically contrived budget-whacking plan that kills America’s enormously popular Medicare program. 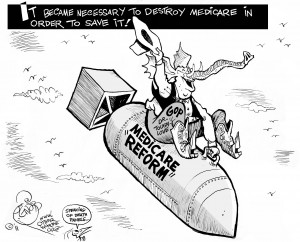 But Ryan didn’t mean to point his finger at himself. No, no. He meant those dastardly Democrats who’ve dared to tell the public about his proposal to replace Medicare with a privatized voucher scheme. Understandably, the public is now angry with Ryan and his Republican cohorts. Hence, he is scurrying around in a shamefully dishonest PR campaign to accuse the Democrats of — what else? — dishonesty. Ryan’s plan, he asserts, would give seniors “the same kind of (health insurance) system members of Congress enjoy today.”

Oh, Paul, pants on fire! We taxpayers cover 75 percent of the payments for the plan that you enjoy, but you would saddle older folks with vouchers that would cover only a third of their insurance costs, and that share would shrink with each passing year.

Apparently, Republicans think telling the truth is unfair in today’s politics, so they’re angry at Democrats for talking about Ryan’s plan to kill Medicare. Sen. John Cornyn, the Texas Republican whose sweeping white pompadour covers a totally empty head, recently ranted in feigned outrage that Democrats are trying to “scare the daylights” out of seniors. “I think that’s irresponsible,” he bellowed, oblivious to his own absurd scare tactics of only two years ago, when he assailed “Obamacare,” direly warning that Obama was turning Medicare into “a health care gulag.”

They can run, but on this one they can’t hide.