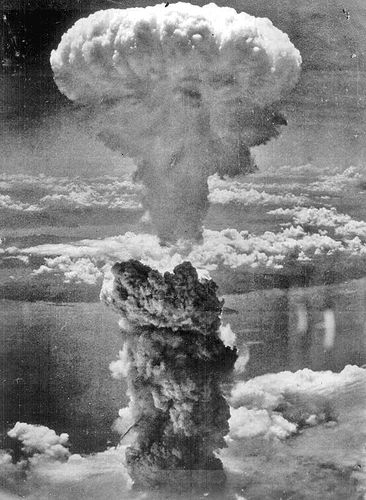 pangalactic gargleblaster and the heart of gold/Flickr

The Other Government Shutdown

Reid's use of the "nuclear option" will finally make the Senate do its job.
By Marge Baker | November 27, 2013

What do you do when a faction of the U.S. Senate simply refuses to do a critical part of its job?

That’s the dilemma that Senate Majority Leader Harry Reid faced in mid-November when the Senate’s Republican minority tried once again to stall the work of government by blocking President Barack Obama’s nominees to the courts.

pangalactic gargleblaster and the heart of gold/Flickr

Ultimately, Reid was forced to change the Senate’s rules to prevent the wide-ranging, unprincipled filibusters that Senate Republicans had made routine. This was more than a procedural squabble in the Senate: It was about whether a small number of senators could simply stop certain parts of the government from functioning.

We all know that tea party Republicans in the House forced the government to shut down for over two weeks in October, costing the economy billions of dollars and accomplishing absolutely nothing.

But fewer people know about the other shutdown in Washington. Throughout Obama’s presidency, Republicans in the Senate have been quietly making it harder for large parts of our government to function by dragging their feet on and sometimes outright refusing to perform their duty of providing “advice and consent” on nominees to the courts and executive agencies.

Take a look at the numbers. Senate Republicans so routinely block Obama’s nominees to the courts that they have had to wait an average of more than twice as long after committee approval for a simple-or-no confirmation vote as did President George W. Bush’s nominees. Republicans have forced filibuster votes on more executive branch nominees under Obama than under all other presidents combined. And the Republicans have all too frequently obstructed and delayed this president’s executive nominees for reasons having little or nothing to do with their qualifications.

This campaign of obstruction came to a head this summer when Obama nominated three extraordinarily qualified nominees to the U.S. Court of Appeals for the District of Columbia Circuit, often considered the second-highest court in the court in the country behind the Supreme Court. The 11-member D.C. Circuit was operating with three of its seats vacant. It was only reasonable that Obama move to fill those vacancies.

But Senate Republicans didn’t want those three seats on the D.C. Circuit to be filled by his nominees. So, they did something unprecedented: They vowed to block anyone President Obama nominated to the court, no matter who they were. This was an enormous departure from the way the filibuster had been used in the past, as a way to block nominees who were seen (rightly or wrongly) as too extreme or unqualified.

Coupled with the flood of executive branch filibusters, it became clear that the Republicans were using the Senate rules to systematically shut down huge parts of the government.

We send our lawmakers to Washington to do a job. Faced with an entire party that simply refused to do a large part of this job, Senator Reid was forced to take dramatic measures. When Senate Democrats voted to permit a simple majority of senators to end debate on most executive and judicial nominees, they did so in response to a Republican Party that had already twisted the rules of governing beyond recognition.

Americans rely on courts that can hear cases quickly and government agencies that can do the jobs that they are meant to do. We need a government that works. And we need a Senate that will do its job to make that happen.

Marge Baker is the executive vice president of People For the American Way Foundation. PFAW.org
Distributed via OtherWords. OtherWords.org