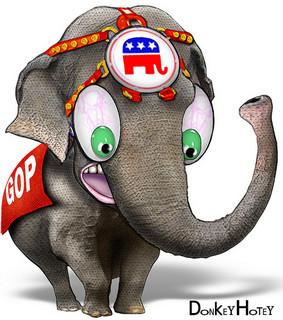 We're a diverse nation of many religions and each has the same rights as any other group, including the right to be left alone.
By Donald Kaul | March 26, 2012

It seems as though the 2012 Republican presidential primaries began the day before forever. But oh the lessons we’ve learned.

We’ve been treated to startlingly original theories about the economy, international affairs, history, biology, theology, and climatology, as well as an -ology or two we didn’t know existed before.

The only downside — and I’m not carping about it — is that the lessons have been utterly, totally, and in every respect wrong. Let me count the ways:

The economy — the Republicans would have us believe that the way to revive a faltering economy is to cut government spending by cutting programs, firing public workers, and getting rid of frills like roads, bridges, and schools.

That’s counterintuitive when you think about it. How can putting people out of work in an environment where too many people are already out of work be good for the economy?

Name me one time when cutting spending, ostensibly to balance the budget, pulled the country out of the economic doldrums…I’m waiting. (And don’t tell me Ronald Reagan. He tripled the national debt while he was in office.) 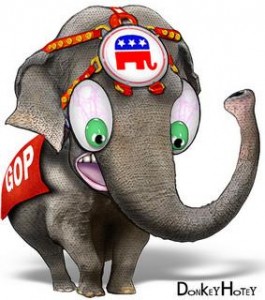 Republicans apparently are willing to go down with the ship rather than change course. Unfortunately, the rest of us will be going down with them.

Europe — it’s an article of faith among Republicans that Europe is a bad, bad place and all contact with it should be avoided if possible. One of the criticisms of John Kerry in 2004 was that he spoke French. Mon dieu, so does Mitt Romney.

Ironically, with their cries for austerity, austerity, and more austerity, today’s Republicans are sounding a lot more European than the Democrats are.

And how is that working out for Europe? Its economy is going down the toilet, Greece first. We’ll be lucky if it doesn’t take us with it, which it will if the Republican deficit hawks have their way.

Christianity — Republicans, Rick Santorum chief among them, insist we are a Christian nation and that other religions and non-believers should defer to certain Catholic beliefs, especially in matters where priests are experts, like marriage and reproductive rights.

The truth is that we’re a diverse nation of many religions and each has the same rights as any other group, including the right to be left alone. If the Constitutional guarantee of freedom of religion doesn’t mean that, it doesn’t mean anything at all.

Education — Republicans pretty much agree that our educational system is a disaster and that it is the fault of teachers in general and teachers’ unions in particular. They think this can be remedied by doing away with the Education Department, cutting federal support for education, and, of course, firing teachers.

There are bad teachers, certainly, and teachers’ unions sometimes go too far in protecting them, but you can hardly blame them. They do a hard job in difficult, sometimes impossible, circumstances.

Most teachers I’ve known are hard-working, dedicated people who try their best for our children and get precious little credit for it.

Particularly from people like Santorum who think home schooling is the answer to our problems.

Ye gods, that’s what we need for the 21st century: young people who don’t know anything their parents didn’t know and are innocent of chemistry, physics, trigonometry, and biology.

Still, it’s been a fascinating and educational campaign. My favorite discovery has been that you can be baptized a Mormon even though you don’t want to be a Mormon and are dead.

Apparently Mormons baptize dead people all of the time if they take a liking to them. Anne Frank, for example. They also did it to Mitt Romney’s father-in-law, who was not only dead but an atheist.

I don’t know what I can do with that information, but I’m glad it’s out there.