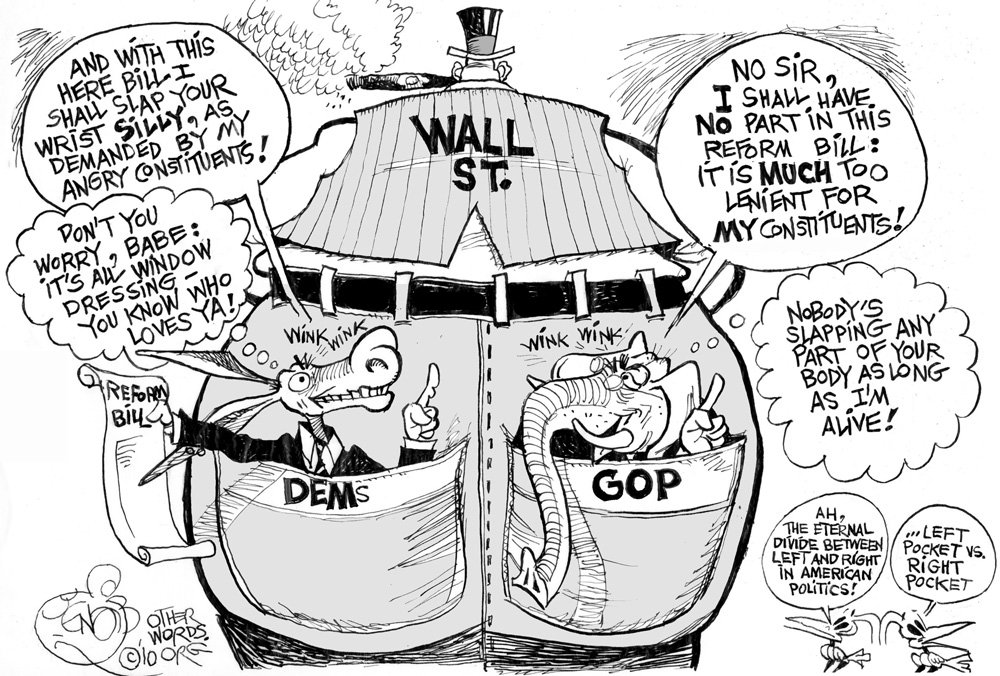 Greed in the Suites Gets a New Yardstick

A landmark leap on executive pay disclosure could be around the corner.
By Sam Pizzigati | April 26, 2010

During the Great Depression, a pay package for the top executive at National City Bank–the Wall Street giant we know today as Citigroup–scandalized the nation. It clocked in at more than $1 million, sparking an angry Congress to make corporations disclose their top executive salaries.

Today, CEOs regularly rake in more than $20 million a year. But another landmark leap on executive pay disclosure could be around the corner. Congress may shortly shine the brightest light yet on executive pay excess, thanks to a simple little amendment introduced by Senator Bob Menendez (D-NJ). 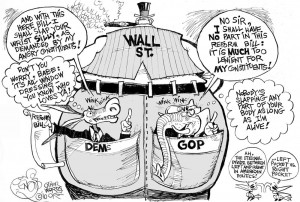 Until now, we’ve only had broad “average” data on corporate pay gaps. We’ve been able to compare national CEO pay averages with national worker pay figures. But we’ve never been able to specify pay gaps within individual companies or compare the gaps between one corporation and another.

This amendment would let us do that. Corporations would be required to compute “the median annual total compensation of their employees (excluding the CEO)” and reveal “the ratio between CEO and employee pay.”

We already know, via required federal filings, how much top executives make. If this amendment becomes law, we’d know how much more than their workers these top execs bring home. This information, once publicly and widely available, could reframe–and recharge–the CEO pay debate.

That debate has been revolving rather listlessly around give-and-takes over “performance.” Mainstream reformers regularly rail against the huge paychecks that go to top execs who run their companies into the ground. Top execs who don’t “perform,” the mainstream CEO pay reform movement pronounces, simply don’t deserve windfall earnings.

How can we prevent these “undeserved” windfalls? Mainstream reformers–mostly pension funds and other institutional investors–argue that if lawmakers gave shareholders more rights and power, these shareholders could start holding corporate boards to a much more rigorous “pay for performance” standard.

In a corporate America filled with empowered shareholders, the argument goes, only executives who really do perform–by increasing corporate earnings or raising the corporate share price or meeting some other performance metric–would find themselves amply rewarded.

But this mainstream case against “undeserved” executive pay cruises past a fundamental question that clearly deserves asking. In our current economy, ample rewards for successful corporate “performance” only seem to go to the power suits who sit at the corporate summit. Why shouldn’t ample rewards go to everyone within an enterprise who contributes to enterprise success?

In fact, point out experts on the factors that make enterprises effective, rewards most definitely should go to everyone who contributes to enterprise success–because we need to encourage these contributions. In our Information Age economy, the effective enterprise research tells us, enterprises only truly succeed when they tap the creativity of everyone who labors within them.

Menendez’s amendment, if enacted, would zap a laser focus on that gap. With boards of directors required to reveal their CEO-worker pay ratios, we would see exactly which corporations are building a foundation for real performance and which are endangering our economic future.

And if we had this information, we could start acting upon it.

Institute for Policy Studies associate fellow Sam Pizzigati writes Too Much, a weekly newsletter, from which this op-ed is adapted. www.toomuchonline.org