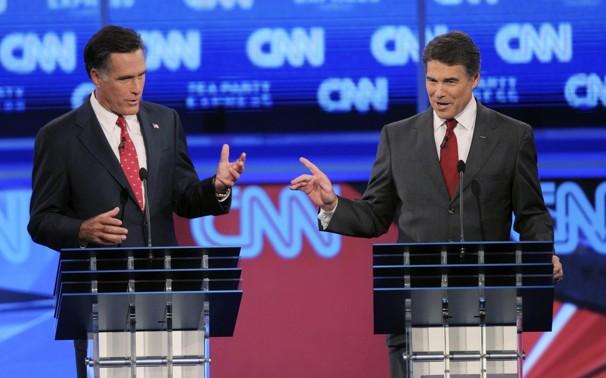 It's scary, but I'm starting to agree with my pessimist friend.
By Donald Kaul | October 10, 2011

My friend Richard is a little crazy and very smart. He spends his days filling the Internet with screeds and rants on his favorite subject — the continuing collapse of our society. I’d tell you his last name, but if you wrote him, you’d get his scary emails too.

Here’s an excerpt from a recent effort after the stock market had a bad-hair day.

“As I’ve said all along, it’s Depression II. The stock market is catching on. Dow is down 4.5 percent today. Has a long way to go (down) to get to a reasonable value considering the fundamentals…Corrupt and disintegrating governmental systems here and in England. Gridlock. Incompetence everywhere…”

Did I mention that he is an angry old man? He seems to have caught the zeitgeist, however: that vague feeling of terror caused by being at the mercy of mysterious forces we can’t control.

To scroll through a good newspaper (there are still a few) is to be confronted with one horror story after another.

If the “Arab Spring” isn’t threatening to go sour on us, the Israelis and Palestinians are making rude Italian gestures at each other in the United Nations. Every time the Greek government blows its nose, financial markets throughout the Western world get pneumonia. Pakistan’s military is preparing its country for war, quite possibly with us — even though we supply them with weapons and money. Every other month or so Congress goes to the brink of shutting down the government and with it the economy, which is already dead in the water and sinking, slowly. 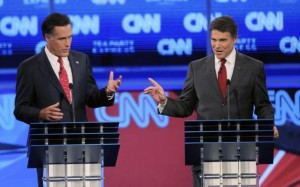 In 18th-century London people used to go to Bedlam, the city’s mental institution, to amuse themselves by gawking at the insane, sometimes paying a penny for a special peek. Today we watch Republican presidential debates.

So far we have heard cheers for both executions and America’s shortage of health insurance. There have been boos for a soldier who served in Iraq because he was gay. During each of those appalling moments, no candidate raised his or her voice in protest.

We have seen Mitt Romney and Rick Perry back away from their most noble achievements as governors simply to appease the unappeasable.

We have witnessed Michele Bachmann make a fool of herself time after time with no one, apparently, noticing.

What an awful bunch. It’s like an early round of “American Idol.” I suppose Romney is the least worst of them. If elected, he’s likely to abandon his current positions as readily as he did most of his previous positions.

Barack Obama has been no great prize either. He holds his great achievements — the health care bill and the rescue of the auto industry — at arm’s length, as though he doesn’t want them to stain his suit.

The world has begun the fourth year of a financial crisis with no end in sight. Our leaders not only don’t have the answers; they don’t seem to know the questions.

I don’t agree with everything my friend Richard says, but I’m beginning to share his rising sense of panic.