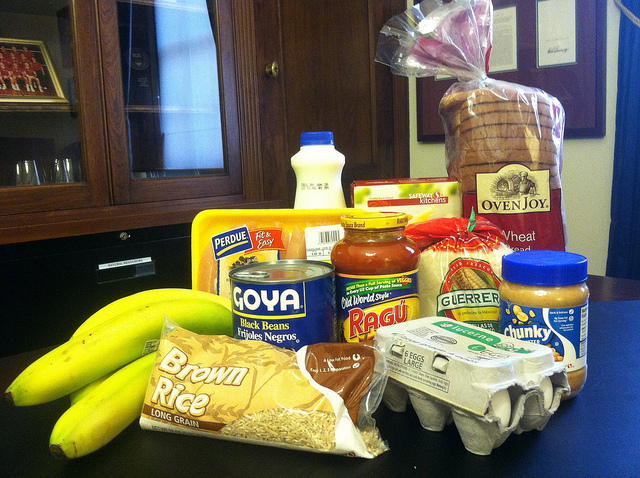 The last thing food stamp recipients need is rich politicians telling them what they can and can't eat.
By Jill Richardson | May 13, 2015

Republicans may like to rail against big government. But here in Wisconsin — where conservative lawmakers just introduced a bill to dramatically restrict what people can buy with their own food stamps — Republicans want to cook up a new kind of nanny state.

This isn’t a new idea altogether.

But now, Wisconsin Republicans want to bar people from using their food stamps to buy shrimp, lobster, and other shellfish, and require them to use at least two-thirds of their SNAP benefits on items found on a specific and arbitrary list of products.

If the bill were to pass, bulk dry beans — a very affordable and nutritious choice — would be out, but canned beans would be in. That is, unless they’re green beans, in which case they’re off limits. Fruit juice is allowed, as long as it’s not organic. Canned tomatoes are in, but spaghetti sauce is out.

The Food Research and Action Center says the proposal would create a “grocery nanny state.” 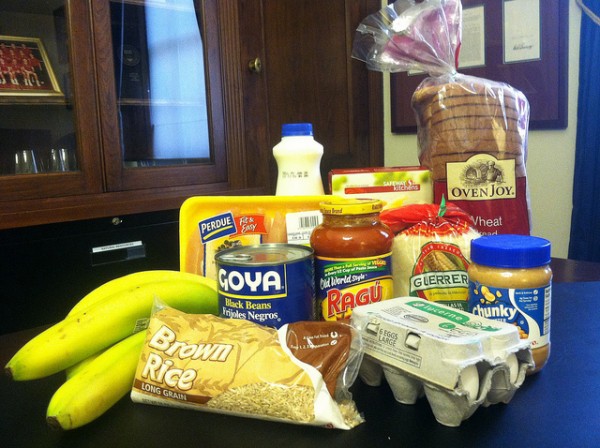 As a former food stamp recipient myself, I can’t even imagine what a trip to the grocery store would be like — or how humiliating it would be to check out and discover that half of my purchases weren’t allowed. Imagine holding up an entire line of shoppers as a clerk goes through your groceries, sorting them into “yes” and “no” piles.

And with only $70 to feed an adult woman for a month, how much lobster do the Republicans think I would’ve been buying anyway?

Like the rest of our fraying social safety net, food stamps are intended to help Americans out when we’re down on our luck. To qualify, you have to be incredibly poor — so poor that nobody would be tempted to avoid work to obtain public assistance.

My $70 per month for food was definitely helpful. But when I was that poor, I had a hard time paying for gas, rent, utilities, and everything else in my life. I was eager to earn more money and get off food stamps — and I did after a few months.

If you want to see what an average food stamp recipient looks like, look in the mirror. Anyone can fall on hard times. Every single person I’ve met who’s fallen that low has worked their tails off to get back on their feet.

Being poor is stressful enough without being kicked while you’re down. The last thing food stamp recipients need is a handful of rich politicians telling them what they can and can’t eat.