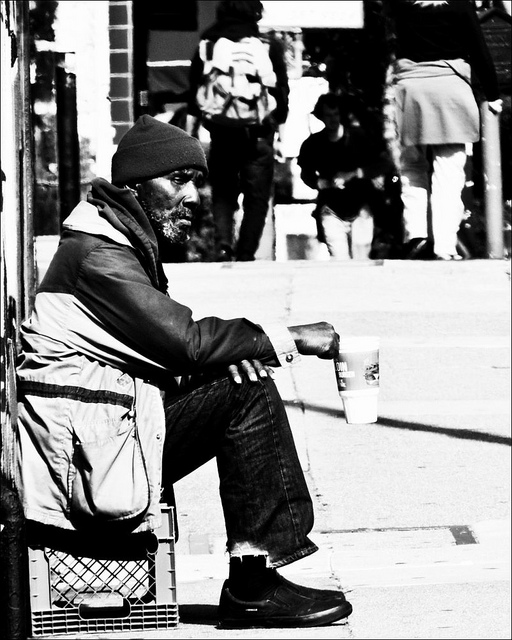 Guilty of Being Poor

When a community issues arrest warrants for more offenses than it has residents, something's deeply wrong.
By Karen Dolan | April 1, 2015

That’s one-and-a-half offenses for every resident of Ferguson in just one year.

Most of the warrants are for minor offenses such as traffic or parking violations. And they’re part of a structural pattern of abuse, according to a recent Department of Justice investigation.

The damning report found that the city prioritized aggressive revenue collection over public safety. It documented unconstitutional policing, violations of due process, and racial bias against the majority black population.

One woman’s story illustrates what’s happening to more and more people as municipal revenues become the focus of police departments all over the country.

It began with a parking ticket back in 2007, which saddled a low-income black woman with a $151 fine and extra fees. In economic distress and frequently homeless, she was unable to pay. So she was hit with new fines and fees — and eventually an arrest warrant that landed her in jail.

By 2010, she’d paid the court $550 for the single parking violation, but more penalties had accrued. She attempted to make payments of $25 and $50, but the court rejected those partial installments.

Even after being jailed and paying hundreds of dollars above the original fine, she still owes the court $541 — all because she lacked the money to pay the initial fees.

This woman’s story is repeating itself in town after town.

A 2014 NPR investigation found people who wound up in jail after coming up short on fines for a range of minor offenses — such as catching a fish out of season in Ionia, Michigan, shoplifting a $2 can of beer in Augusta, Georgia, or hanging out in an abandoned building in Grand Rapids.

It’s even worse for the homeless. A majority of cities now prohibit sitting or lying down in public, and nearly a quarter make it a crime to ask for food or money.

I’ve co-authored a report at the Institute for Policy Studies called “The Poor Get Prison,” which examines the growing phenomenon of local communities “criminalizing poverty.” That means targeting, arresting, and downright bilking people for misdemeanor offenses, debt, and lack of resources.

We find that as state and local budgets were squeezed following the 2008 recession, local authorities all over the country levied more fines and fees on those people least able to pay — and aggressively pursued them.

Even after their debt is paid, these can people face discrimination in employment, housing, and social services because of the jail time they racked up when they were unable to pay.

Fines aren’t the only way the courts are shaking down poor people. The report details another increasingly lucrative revenue raiser for both local and federal coffers: civil asset forfeiture. This is the odious practice of seizing cash and property from people not charged with any crime and who can’t afford legal defense.

Not even kids are safe. From pre-school on, poor and black children are often considered criminals.

Police presence in schools has been increasing since the 1990s. Combined with the rise of “Zero Tolerance” policies, children in low-income schools are prosecuted as criminals for everything from brawling on the basketball court to doodling on a desk. In Austin, Texas, a 12-year-old ended up in court for putting on perfume.

When a community issues arrest warrants for more offenses than it has residents, something’s deeply wrong. A democratic society that purports “freedom and justice for all” can’t coexist with one that profiles and criminalizes poor people and communities of color.

Karen Dolan is a senior fellow at the Institute for Policy Studies and co-author of the report “The Poor Get Prison: The Alarming Spread of the Criminalization of Poverty.” IPS-dc.org.
Distributed by OtherWords.org.