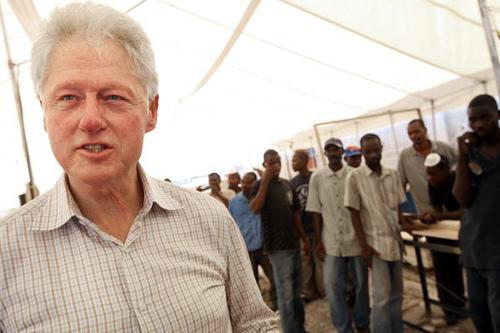 The country's economy leans on underpaid workers and remittances from its startlingly enterprising emigrants.
By William A. Collins | July 18, 2011

Working life
Would make you wince;
Should you visit
Port-au-Prince.

It’s baseball season in America. For years, for every ball that was scuffed in the dirt or fouled in the stands, another was quietly stitched in an abysmal Haitian sweatshop owned by Rawlings Sporting Goods, a St. Louis-based manufacturer.

Rawlings left Haiti during the tumultuous period after the collapse of the brutal Duvalier regime, which had helped suppress Haitian unions and hold down wages. But pay and working conditions in Haiti remain the worst in the Western Hemisphere, and that’s saying something.

Washington isn’t ready to change that. U.S. importers and marketers have a good thing going. While Haiti is no manufacturing powerhouse these days, its compliant government maintains a poverty-level minimum wage that holds down pay scales in other southern nations as well.

And soon, if all goes well, this great deal will improve. Former President Bill Clinton is overseeing a commission tasked with expanding Haitian serfdom within a giant new free trade zone. There, U.S. firms will take advantage of Asian factory operators and cheap local labor to produce garments and other goods that can seriously compete with Chinese exports. They will supply rock-bottom prices for American consumers. 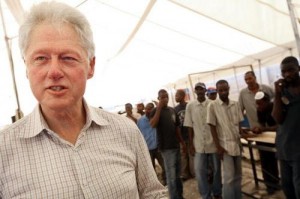 Washington is going out of its way to keep Haitian wages low. As secret State Department cables obtained by WikiLeaks and first reported by The Nation revealed, Fruit of the Loom, Hanes, and Levi’s contractors worked with U.S. diplomats to prevent an increase in Haiti’s minimum wage to just five bucks a day from applying to the textile industry. The minimum wage did rise, but the Caribbean country adopted a two-tiered system that excluded garment workers.

Of course not every country pines to be a servile sweatshop where the normal fruits of profit, taxation, and economic development are enjoyed primarily by foreigners. Haitians are like that too — they want a piece of the action. Thus it’s been necessary to keep them under tight financial control. Port-au-Prince’s small economic elite has proven adept at this, working closely with U.S., French, and Canadian investors.

The Haitian government is another story. For decades, this authoritarian system worked smoothly under the malevolent Duvalier dictatorship. Then a charismatic reformer, Jean-Bertrand Aristide, was elected president. As an avid proponent of the poor, he was so disruptive to the cozy economic clique that Western powers felt impelled to help overthrow him, twice. He has now returned from exile once more, over the stern protests of Secretary of State Hillary Clinton.

But she need not worry. The corporate-friendly Haitian electoral council won’t even allow Aristide’s party on the ballot. This ruling holds at bay such disruptive issues as fair pay, corporate taxation, local business development, democracy, and commercial exploitation. Meanwhile, civil unrest within this convenient colonialist system is further held in check by the presence of some 9,000 UN “peacekeepers” and U.S. forces as needed.

Haitians are remarkably law-abiding and peaceful, despite the potent provocations of abject poverty, natural disaster, and foreign occupation. Still, the current government is contemplating restoring the army, abolished by Aristide, to hold down potential dissent just in case the United Nations ever does leave. But that’s OK — we’d train the new troops.

Haiti does possess some mineral riches, lusted after especially by the Canadians and the French (the French still chafe that Haiti’s slaves won independence from them in 1804). Surely any new trade pact will protect such prospective foreign mine owners. Beyond that, the country’s economy will continue to lean on underpaid workers and remittances from its startlingly enterprising emigrants.

Correction: OtherWords revised this column on July 28, 2011 to make it clear that baseballs aren’t made in Haiti anymore. The first three and final paragraphs have been changed to this effect. In the fourth paragraph, we slightly clarified Bill Clinton’s role with respect to Haiti’s free trade zone. Finally, the third-to-last paragraph has also been changed to clarify that the Haitian electoral council, not the Martelly administration, has excluded Aristide’s party from participation.