Hard Times Too Pervasive for Republicans to Ignore

The down and out just popped up on the conservative radar screen.
By Emily Schwartz Greco, William A. Collins | July 30, 2014

“I had so internalized the message of what poor people should or should not have that I felt ashamed to be there, with that car,” she wrote in a Washington Post op-ed headlined This is what happened when I drove my Mercedes to pick up food stamps.

OK, it’s tough for Mercedes-driving moms to look like they’re struggling. But even if Cunha invited annoyed responses like Rae Gomes‘ This Is What Happened When I Took the MTA Bus to Pick Up Food Stamps, most ladies heading to that kind of appointment aren’t clad in rags. 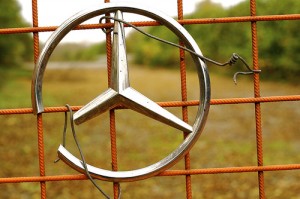 The fact is, today’s poverty is often as challenging to spot as it is pervasive. And when the poor just blend in, economic hardship can become an invisible life of quiet desperation.

The 46.5 million Americans subsisting below the official poverty line — yearly income of $23,836 for a family of four or $11,670 for single people — comprise about 15 percent of the population. That’s a lot of people, but there’s a good chance that fewer than one out of six of the people you encounter look hungry.

So why are so many Republican politicians with presidential ambitions suddenly treating people who can’t make ends meet a priority? First, here’s a better question: Why are the poor so hidden?

Well, for one thing they’re huddling together. People experiencing hard times are far more likely to reside in cash-strapped neighborhoods today than in 1970, according to urban planning expert Richard Florida.

Plus, they may appear to live more comfortably than they really do. Thanks to the wonders of foreign sweatshops and Main Street-decimating big box stores, low-end models of most appliances are relatively inexpensive. The used microwave ovens and refrigerators you find at Goodwill or on Craigslist are dirt cheap.

That doesn’t really matter much when other basics are out of reach. Take housing. Nearly one in four renters devote more than half of their income toward rent, Harvard’s Joint Center for Housing Studies found. That can mean skimping on food and health care just to avoid homelessness.

What else isn’t getting any cheaper? For starters: child care, college tuition, and prescription drugs. And food prices are rising faster than typical pay, especially for low-income earners. Even Americans who get food stamps struggle to get enough to eat. Some skip meals. Others settle for a diet that’s not particularly nutritious.

So it’s nice that Republican Party leaders have changed their tune. Slashing spending on food stamps and ordering the unemployed to pray for divine intervention by job creators are out. High-profile speeches on mending the safety net are in.

Many social programs “help alleviate the pain of poverty, but they do not do enough to cure it,” Senator Marco Rubio of Florida declared in a speech on “values” he delivered at Catholic University earlier this summer.

A few weeks later, Senator Rand Paul of Kentucky cast his support for sentencing reform as a step toward ending the “cycle of poverty.” His comments, delivered at a National Urban League gathering, were part of his push to court African-American voters. Paul gave his speech a day after House Budget Committee Chairman Paul Ryan unveiled a battery of poverty-fighting ideas.

Some of Ryan’s many proposals actually dovetail with Democratic ideas. Others, journalist Ezra Klein observed on Vox, could make all people who struggle to make ends meet feel like they’re on parole. Even worse, Ryan’s push to let the states manage more programs could lead to the denial of food stamps to families with children.

Regardless of whether Ryan’s concepts gain traction, this conversation is clearly changing fast.

Even if poverty remains hard to spot on every street and at every shopping mall, at least it’s finally appearing on conservative radar screens and in the vote-pandering marketplace.