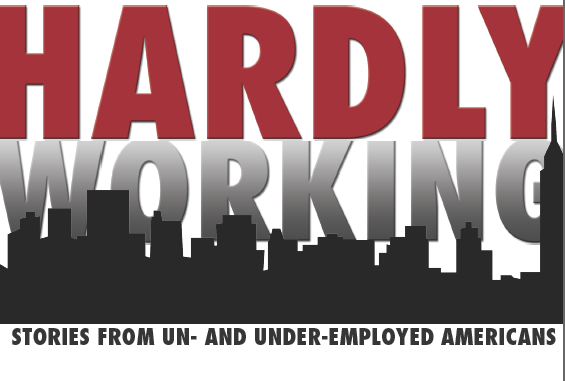 Unemployed and under-employed Americans are enduring hiring discrimination as well as financial and emotional distress.
By David Elliot | December 5, 2011

Many people know that some 14 million Americans, officially about 9 percent of the nation’s work force, are unemployed. Another 12 million are under-employed. That means they’d like full-time work but can’t get it, or maybe they’re working two or three jobs without benefits in a desperate struggle to make ends meet.

But what’s the face of un- and under-employed America? Statistics roll out of the Bureau of Labor Statistics as if on a conveyer belt. But how do we measure human suffering in this Great Recession? 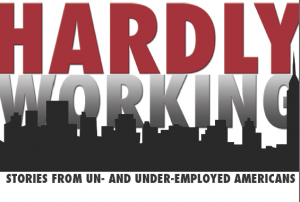 At USAction, we recently asked our online members to share with us their stories of un- and under-employment. Some 1,200 people responded. We culled through the stories, picking and choosing the ones that seemed to represent recurring themes, and published them in a report, Hardly Working: Stories from Un- and Under-Employed Americans.

It could get worse. If Congress does not act to extend the federal unemployment insurance program, 1.8 million Americans will begin to lose benefits in January, with another million to follow the next month.

In the report, we broke down the difficulties of unemployed Americans into three broad categories: hiring discrimination, financial and emotional distress, and despair about the shape of our country.

We documented many types of hiring discrimination. By far the most common was discrimination based on age. People in their 50s and 60s — and even their 40s — often can’t even get in the door for an interview. Whatever their age, many others currently can’t get a job because they don’t have a job, since many employers explicitly shun applications from the currently unemployed.

The stories of distress came from people who have exhausted their life savings because of lengthy unemployment. They now face a frightening and bleak future. Middle-aged individuals and families have moved in with their parents to avoid homelessness. Across the country, people are going hungry, and parents are skipping meals so that their children can eat. Divorces are a byproduct of today’s economy, as are suicide attempts.

We documented the increasingly common despair over what’s happening in America with stories from people who, already facing a challenging economy, have seen things get even worse because of budget cuts at the state and local levels.

We also heard from people whose jobs have been outsourced to other countries. But some people reported outsourcing themselves to other countries to find work, including one person who went to China, one who went to Canada, and two who went to South Korea. Many of the Americans moving overseas are schoolteachers. As teaching jobs in the United States slip away, South Korea has decided to invest in its public education system to build a smarter workforce and a better future.

What are we to make of these stories?

Congress can do three things right now to improve the plight of jobless and under-employed Americans. First, it can extend the federal unemployment insurance program through 2012. Second, it can ban discrimination based on employment status, because telling people they can’t get a job because they don’t have a job is downright un-American. Third, it can pass robust jobs legislation. Yes, this would increase our debt in the short term, but any economist can tell you that one of the best ways to narrow the deficit is to turn unemployed workers into workers who once again pay federal income taxes.

To recharge our middle class, which drives our economy, we need jobs. Good jobs.

Why is it so hard for our leaders to understand that?

David Elliot is communications director for USAction, a grassroots advocacy group with affiliates and partners in 24 states. www.usaction.org
Distributed via OtherWords (OtherWords.org)