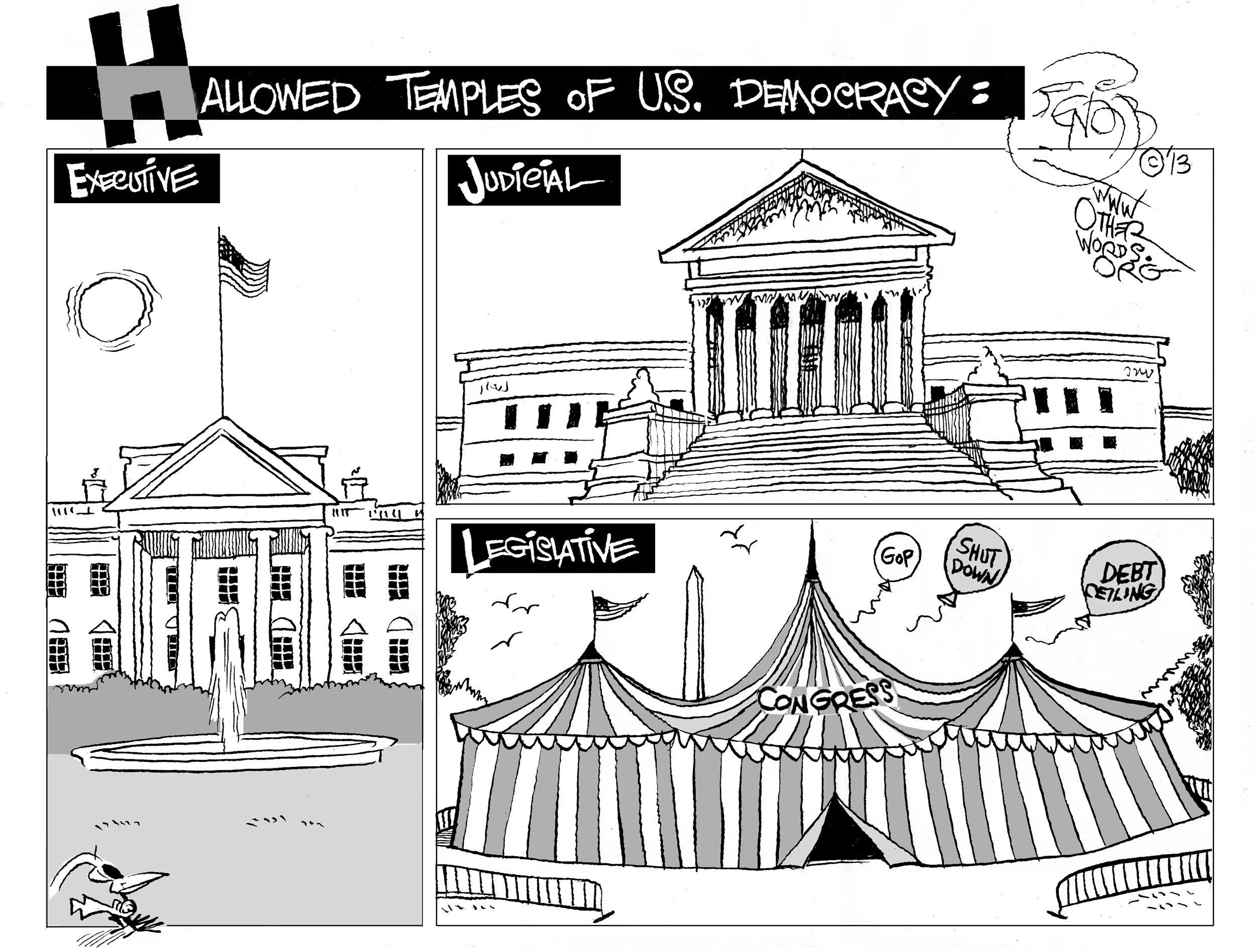 And now, Dr. Hightower offers this advice for improving your mental health: Don’t fume about the GOP’s lunatic effort to kill health care reform — just laugh at their farcical show.

Take Sen. Ted Cruz’s 21-hour blabathon, in which he said he would stop the Affordable Care Act in its tracks. Not only did the Texas Republican fail spectacularly, but senators voted 100 to zero against his crazy ploy. Yes, that means even he voted against it. What a hoot he is. 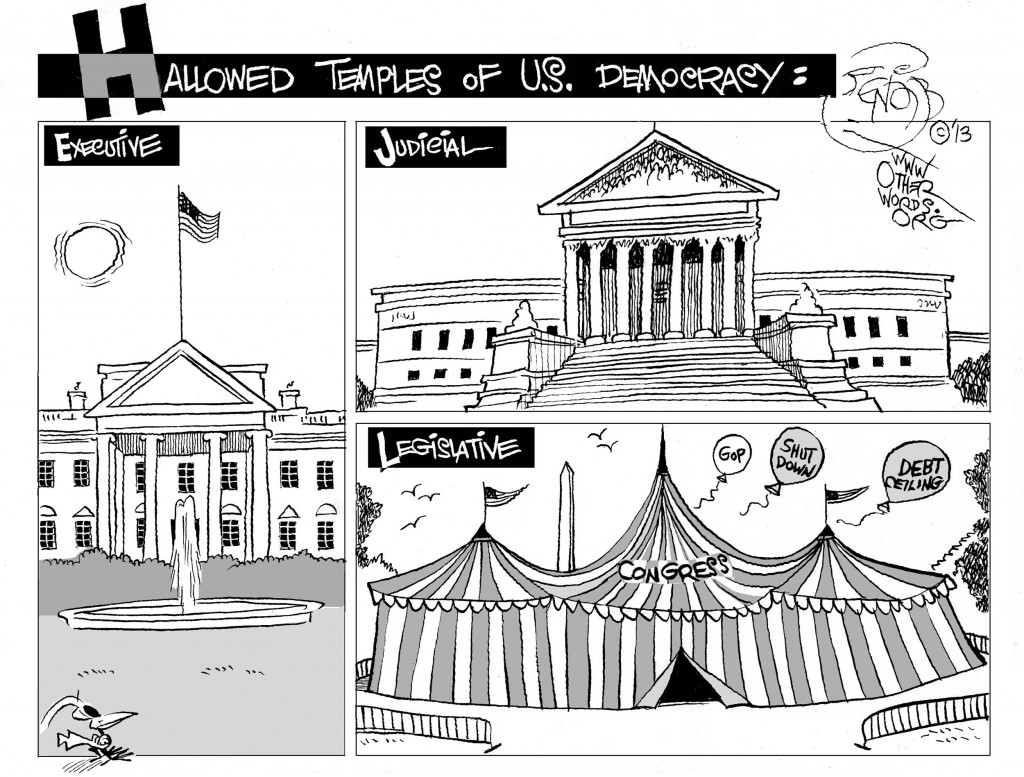 And he’s a shameful hypocrite too. While going to extremes to keep millions of Americans from getting vitally needed health coverage, Cruz repeatedly refused to answer whether taxpayers covered his health care. Finally, he piously responded that he was eligible for taxpayer coverage, but had nobly declined.

Such slapstick! It turns out that Ted was fibbing, for he’s covered by his wife’s policy. As a millionaire top executive at Goldman Sachs, she and her family are given gold-plated Cadillac coverage by the Wall Street giant. Goldman pays some $40,000 a year for her and Ted’s policy — a benefit-cost that the firm passes on to us taxpayers by deducting it from its corporate tax bill. Hilarious, huh?

Then there’s the comic twist that’s included in the government shutdown. While more than a million regular government workers are going without a paycheck, the Congress critters who forced the furlough continue to collect their $174,000 in annual pay. Some lawmakers are donating their checks to charity, but four out of five are happily pocketing theirs.

“Dang straight,” barked Rep. Lee Terry. “I’ve got a nice house and a kid in college,” the Nebraska Republican said. “Giving our paycheck away when you still worked and earned it? That’s just not going to fly,” Terry told his constituents.

And that’s your Congress at work. Laugh ’til it hurts.