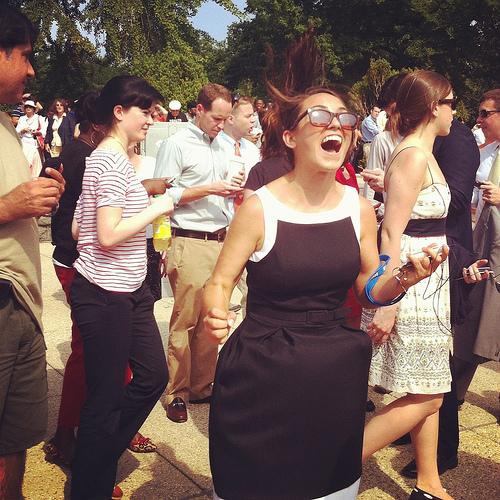 For me, the Affordable Care Act means that when I graduate from college, I won't have to take a job that I hate to get the health care that I need.
By Hilary Matfess | July 2, 2012

I may have lupus, but I’m lucky.

When I was 13 and growing up in Augusta, Georgia, I began to experience the same symptoms of the chronic inflammatory disease that my mother was diagnosed with in her early 30s. A group of capable doctors identified the problems and developed a course of observation and treatment. The health insurance offered by my dad’s job as a hotel manager, in addition to the love and care of my wonderful parents, made it possible for me to become the reasonably healthy college student that I am today.

But millions haven’t been as lucky. More than 50 million Americans lack health insurance altogether and 29 million adults are underinsured. That’s one in four Americans who, if confronted with anything from a cold to cancer, can’t get adequate treatment at a reasonable price. 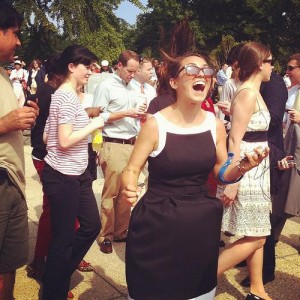 Many of the Affordable Care Act’s opponents say that people who lack coverage chose to be that way. But that’s overwhelmingly not the situation. Millions of Americans with pre-existing conditions, what insurers call past health complications, are denied coverage.

The truth is that for most American adults, if their or their spouses’ jobs don’t provide affordable health insurance, they’ve got little choice but to remain uninsured. And millions of people who do have coverage go bankrupt or have trouble paying their medical bills when they or their relatives get sick.

The conservatives who are attacking the Affordable Care Act make the groundless claim that it would usher in some kind of socialist system. Yet the simple fact is that the 2010 health care reform will mean that 82 million Americans will have access to the doctors, treatments, and medicine they need to be the best students, parents, employees, and community members that they can be.

Undoubtedly, the Affordable Care Act isn’t perfect. But I’m still celebrating the Supreme Court’s ruling as a promising sign that Americans are on the brink of adopting a health care system based on a sense of community, not luck.

For me, the Affordable Care Act means that when I graduate from college, I won’t have to take a job that I hate to get the health care that I need because of the increase in options this act creates. For many people, however, it’s something much bigger — a monumental opportunity to better their lives by obtaining access to health care.

Hilary Matfess is an Institute for Policy Studies intern and a Johns Hopkins University student.
For more information about lupus, visit the Lupus Foundation of America‘s website at lupus.org
Distributed via OtherWords (OtherWords.org)