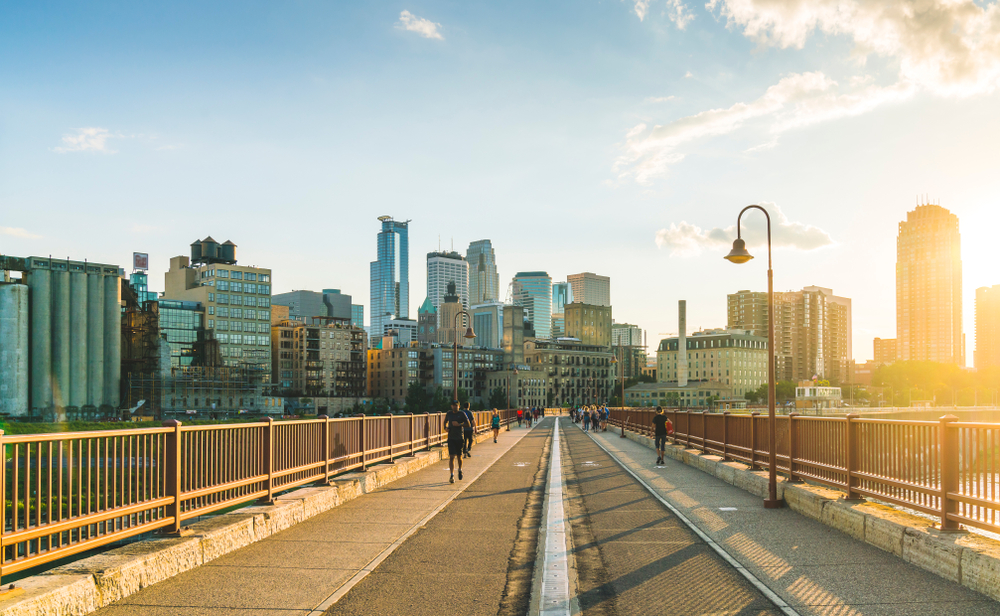 Heartland Tenants Who Beat the Odds

With an eviction crisis looming, take heart from these Minnesota renters who bought their buildings out from under a negligent landlord.
By Cinnamon Janzer | August 26, 2020

Six years after immigrating from Mexico, Vanessa and Oscar Romero Del Campo moved into the first place of their own in the U.S. — a one-bedroom apartment in Minneapolis. But what should have been a celebratory occasion quickly soured as Vanessa discovered the dilapidated state her building was in.

“We had a lot of problems with mice and cockroaches and appliances that didn’t work,” she said. She worried that “if we tried to ask for certain repairs or improvements, we would be told to leave.”

Chloe Jackson, a tenant in the same building, had squirrels in her walls that eventually entered her apartment through her kitchen sink. “We just got tired of the repairs not being done and felt like we could be our own landlords,” Jackson said.

And that is exactly what she, Del Campo, and 33 more families across five buildings in Minneapolis’ Corcoran neighborhood did.

Now dubbed the Corcoran Five, not only did the intrepid collective of renters help win a landmark $18.5 million class-action settlement for tenants, but they also achieved what many considered impossible: The group signed a purchase agreement for the five buildings from their landlord and have begun turning them into a tenant-run co-op.

The timeline leading up to the purchase was long and complicated. Landlord Stephen Frenz repeatedly tried to evict the tenants who challenged him, including the Del Campos and Jackson. But ultimately local authorities revoked Frenz’s rental licenses and the landlord moved to sell off his sprawling, 60-building empire.

The tenants in the five Corcoran buildings held out through years of proceedings — itself an admirable feat of organization, bravery, and sacrifice. Even while the court drama was ongoing, they began running their buildings cooperatively.

“We take turns cleaning the building and making sure the trash is taken out,” Del Campo explained. “When there are bigger maintenance issues, we usually pool money together to make the repair.” Tenants have even been handling their own security issues.

With the help of Inquilinxs Unidxs por Justicia, a group of organizers that works with tenants, chiefly renters of color and lower income renters, Del Campo and company have learned about running co-ops. They’ve also taken classes and learned from cooperatives across the world to help them become more organized.

Since the sale, the group has formed several committees to divvy up responsibilities, such as a finances committee that will work closely with the bank, a maintenance committee to oversee the buildings, and a relief committee focused on supporting renters impacted by COVID-19.

Nationwide, housing inequality is at the source of economic inequality. But tenant co-ops like these can play a major role in providing affordable housing — and generating wealth. “This can be a method of creating wealth that might show promise,” said Professor Edward G. Goetz, an urban planning professor at the University of Minnesota.

Goetz also sees the victory as a step in the right direction for the movement to give non-profits the first crack at buying apartment buildings, which would put tenants on a more equal playing field with developers. Washington, D.C. and San Francisco have such laws, and Minneapolis is considering one.

With a national COVID eviction and foreclosure crisis looming, vulnerable families will need strong protections from eviction. But beyond that, more deserve the opportunity to purchase the homes they already pay rent for.

“I’m so overjoyed to see the fruits of all of our labor,” Del Campo said. “I’m very hopeful that the work we’re doing could lead to more communities being able to get similar results.”

Cinnamon Janzer is a Minneapolis-based freelance journalist dedicated to covering lesser-told stories across Middle America. This op-ed was developed by the Economic Hardship Reporting Project, adapted from Next City, and distributed by OtherWords.org.