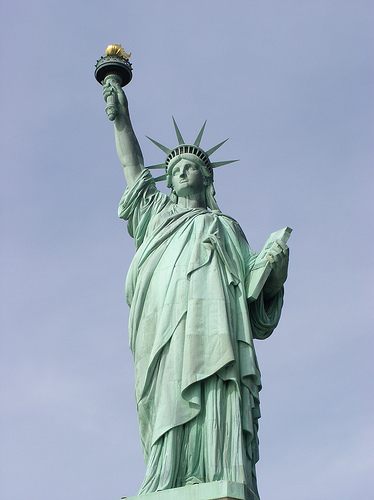 If the conservative think tank's intent was to derail immigration reform, that's a losing battle.
By Raul A. Reyes | May 11, 2013

The Heritage Foundation’s recently unveiled and long-awaited report on the Senate immigration proposal certainly brought the ultra-conservative think tank lots of attention. But it’s not the kind that’s likely to prove influential.

Republican leaders, including Rep. Paul Ryan of Wisconsin and Sen. Marco Rubio of Florida, denounced it. “This study was designed for a headline,” said former Mississippi Governor Haley Barbour, terming it a “political document.” The Libertarian Cato Institute called it “fatally flawed.”

What went wrong? In short, this new study exaggerates the costs of immigration reform, and underestimates its benefits. It relies on unrealistic assumptions and junk data. Because the Heritage Foundation tried to fool its audience, the right-wing think tank was stuck with a flop. 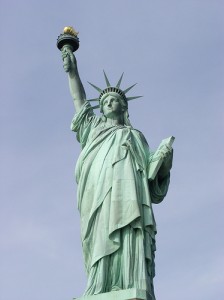 It quickly became clear that this widely publicized report was backfiring. One of its co-authors was exposed as a racist who asserted in his dissertation that Latinos have below-normal IQs. He resigned in the public relations nightmare that followed. Meanwhile, the report’s lead author — another controversial conservative — has admitted that he hasn’t even read the full Senate proposal.

The good news is that this boondoggle illustrates how hard the anti-immigrant crowd is scrambling to block constructive reform measures.

Heritage’s report claims that legalizing the status of undocumented people in the U.S. would cost taxpayers $6.3 trillion over the next few decades. That’s a scary number, right? But it’s not accurate in the least. The researchers who produced that phony statistic distorted their “findings” by conducting a cost/benefit analysis that left out all the benefits.

A more accurate study by the Center for American Progress estimates that legalizing the undocumented would actually expand our economy by at least $1.5 trillion over the next decade. That estimate takes into account the new jobs, higher wages, and increased tax revenue that reform would spark.

Heritage’s study calculates that all of the estimated 11 million undocumented people in the U.S. would apply to adjust their status if that were an option, that all of them will apply for every possible government benefit available after obtaining legal residency, and that all of them would then collect all those benefits.

In fact, the Senate immigration proposal would bar citizenship candidates from receiving public benefits. Heritage also says that undocumented immigrants, who tend to have low levels of income and education, will stay that way forever. No upward mobility, no better future, no American Dream. No Latinos in this parallel universe will attain the status of Sen. Rubio, actress Salma Hayek, or athletes like Pablo Sandoval.

Really? Hispanics are currently the largest minority in American colleges, according to the Pew Center, and have reached record levels of college enrollment. In 2012, Latino high school grads actually enrolled in college at a higher rate than their white classmates. To suggest that immigrants and their children lack the potential to out-earn their parents is bunk.

What do the authors of this report think would work better? It’s hard to say as they didn’t bother to offer any alternatives to the Senate plan.

And why would the Heritage Foundation put out this dud? If its intent was to derail immigration reform, that’s a losing battle. A New York Times/CBS News poll found that 83 percent of Americans favor a path to citizenship for the undocumented as long as they meet certain conditions. It’s hard to make an arch-conservative case against immigration reform when even FOX Host Sean Hannity and Speaker of the House John Boehner support it.

Yes, many Americans have concerns about illegal immigration. That’s why the bipartisan Senate “Gang of 8” labored so hard to achieve a compromise that balances our national security, economic, and humanitarian interests. Their bill is supported by business leaders, the faith community, labor unions, and immigrant advocates.

If the Heritage Foundation opposes the Senate proposal, it should at least come up with good reasons to oppose it. If it can find any legitimate ones.