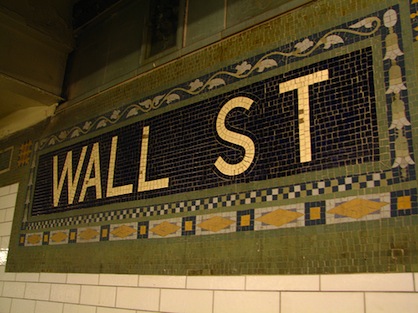 A tiny tax on every financial transaction would curb Wall Street recklessness.
By Sarah Anderson | April 30, 2014

On the afternoon of May 6, 2010, the Dow Jones Industrial Average suffered its fastest nosedive ever. Within minutes, a trillion dollars in wealth went “poof.” 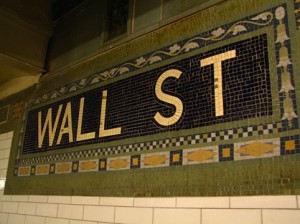 What actually set it off remains in dispute. Yet we do know that high-frequency traders, relying on computers programmed to make trades at speeds measured in the millionths of seconds, accelerated the freefall by withdrawing from the market en masse.

Four years after they caused the “Flash Crash,” those speed demons still rule our financial markets.

The Dow did rebound by the end of the day from that unnerving plunge. So why worry about the fact that regulators have done little to rein in these warp-speed traders in the years since the crash?

First off, we got lucky with the Flash Crash. According to many financial regulators and researchers, the timing helped us dodge a bullet. Global contagion effects would’ve been far worse if the freefall had happened in the morning, when EU markets were open, or just before the closing bell without time for a rebound before trading started in Asia.

Will we be so lucky the next time?

Another concern is that high-frequency traders have rigged the markets in their favor. In his new best-selling book Flash Boys, Michael Lewis tells the gripping tale of one savvy banker who comes to realize that even he’s being cheated by the speed traders.

One of their tricks is to pay for the privilege of locating their computer servers as close as possible to market exchanges. That way, they get trading information a split-second ahead of the rest of us. A split-second is long enough to get an edge on manipulating prices.

Speed demons add no value to the real economy. They’re not interested in helping promising companies raise capital to innovate or create jobs. They simply exploit fleeting, microscopic price discrepancies. And they have no idea what assets they’re even buying and selling.

In a recent survey of financial professionals, 70 percent said U.S. financial markets aren’t fair for everyone. More than half said high-frequency trading is harmful. And that’s among people actually working in the industry.

One way to spoil the Flash Boys’ party would be to impose a small tax on each Wall Street trade. This idea is starting to take off.

Eleven European countries are negotiating what will be the world’s first regional financial transaction tax. The proposal on the table is a tax of 0.1 percent on stock and bond trades and 0.01 percent on derivative transactions. The European Commission expects this tiny tax to raise an estimated $42 billion per year while it discourages purely speculative — and potentially dangerous — short-term trading.

The cost would be negligible for ordinary investors. But it would undercut the profitability of trading strategies based on picking up pennies on thousands, if not millions, of trades per day.

When asked about this, European Tax Commissioner Algirdas Semeta has coolly suggested that high-frequency traders find a different business model. Such frank talk is rare in the United States, where Wall Street has a tight grip on the political system.

And unfortunately, the Obama administration isn’t on board yet.

With the spike in concern over high-frequency trading, a petite tax that could encourage longer-term productive investment may just have a chance. It’s not too late to learn lessons from the Flash Crash.