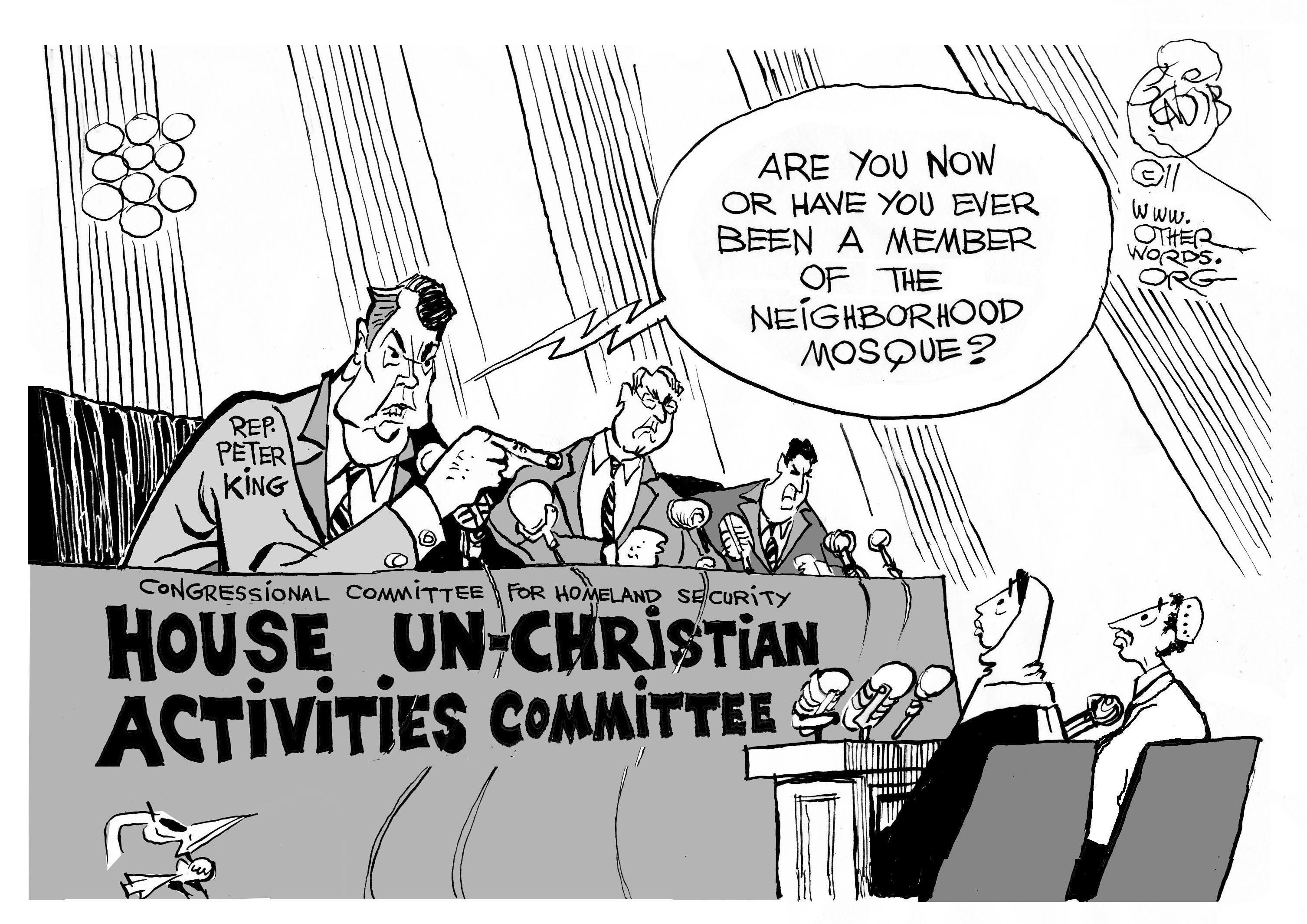 Americans don't want to return to the fear and resentment of the McCarthy era.
By Michael B. Keegan | February 21, 2011

In March, the House of Representatives will begin hearings on preventing domestic terrorist attacks. Rep. Peter King, the lawmaker leading the hearings, unfortunately has made it clear he intends to use his post to stoke fear and suspicion about American Muslims rather than explore critical homeland security issues.

Of course, we must confront and punish violent extremists. But our elected officials must be the first to acknowledge our security is threatened not by the millions of Americans who practice Islam, but by a handful violent extremists, Muslim and non-Muslim. 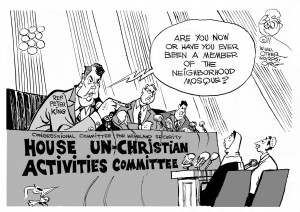 Rep. King, in his highly public hearings, intends to explore the “radicalization” of American Muslims and what he sees as a lack of cooperation between Muslim communities and law enforcement. Before he starts, King should look at what the experts say. The nation’s top law enforcement official, U.S. Attorney General Eric Holder, recently said that “the cooperation of Muslim and Arab-American communities has been absolutely essential in identifying, and preventing, terrorist threats.”

The actions of a handful of violent extremists don’t represent the beliefs of an entire faith community. In fact, National Counterterrorism Center Director Michael Leiter, in earlier testimony before Rep. King and the Homeland Security Committee, said that the prevalence of violent extremists in American Muslim communities was “tiny…a minute percentage of the [U.S. Muslim] population.”

Local law enforcement officials agree. This month, Los Angeles County Sheriff Lee Baca, who oversees one of the largest law enforcement operations in the country, in one of the nation’s largest American Muslim population centers, said he hadn’t seen any evidence of the lack of cooperation that King claims exists: “Muslim Americans in the county of Los Angeles have been overwhelmingly astounded by terrorist attacks–like everyone else–and overwhelmingly concerned about a non-repeat performance of that kind, and are willing to get involved and help.”

We’ve seen hearings like Rep. King’s before. In the 1950’s, Sen. Joseph McCarthy exploited widespread fears provoked by the Cold War to launch a ruthless hunt for what he saw as a wide web of communist subversion in the United States. McCarthy targeted individuals not by their actions, but by their identities and affiliations. In doing so, he destroyed the careers of many innocent people and succeeded in further spreading a culture of fear and suspicion that did nothing to make the United States safer. Rep. King, relying on speculation rather than fact, and targeting a large and diverse community of Americans simply because of their religion, threatens to do the same.

Americans don’t want to return to the fear and resentment of the McCarthy era. If Rep. King is serious about his goal of preventing violence, he should expand his investigation to include all forms of dangerous extremism, and refrain from stirring up fear and demonizing millions of patriotic American Muslims. There’s a place for a serious look into extremism in America. But any such investigation should be based on fact, not fear.

Michael B. Keegan is the president of People For the American Way. www.pfaw.org