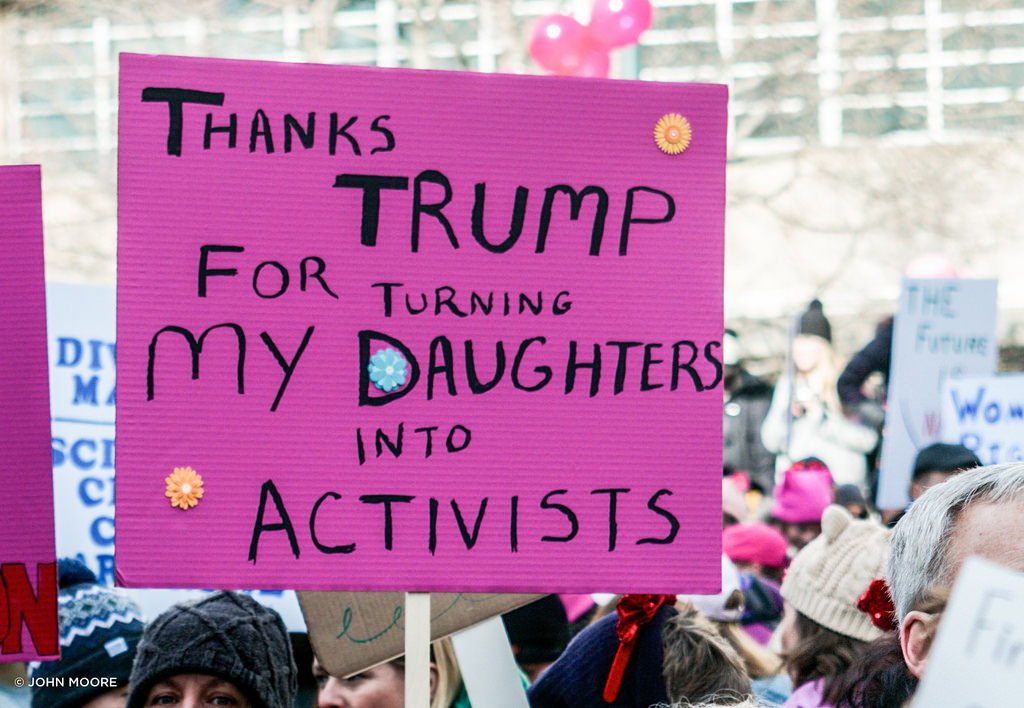 How to Keep Marching for Women, and Yourself

You can fight for equality every day, in big ways and small.
By Jill Richardson | January 25, 2017

Across the U.S. women just pulled off the largest protest in American history. They were joined by sister marches around the world — in Europe, Africa, and even Antarctica.

But before we get carried away with euphoria, we should heed some wise words from a former Obama White House staffer: “I worry it will give too many people license to congratulate themselves for their activism and move on with their daily lives.”

In other words, don’t use the Women’s March as a reason to pat yourself on the back and stop fighting. Consider this march just the beginning of your struggle.

How can you do that?

You can join an organization, get involved locally in politics, or donate to groups like Planned Parenthood. But you can also take smaller and more manageable steps in your every day life.

Consider these gender disparities in schools and workplaces. 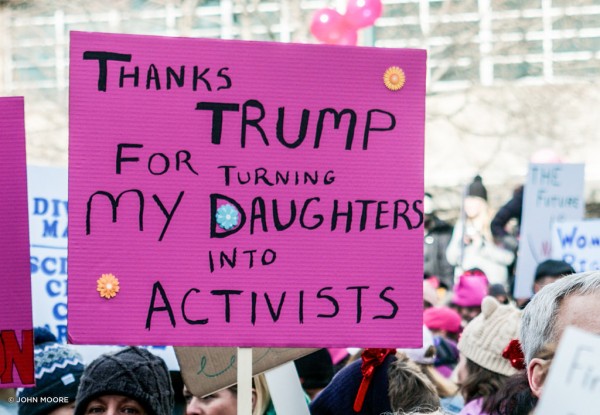 One study found that male students tend to think their mediocre male classmates perform better in classes than top-performing female students. The dynamic in the classroom continues in the workplace.

In my own field of academia, the value of publications is measured in part by how many times other researchers cite them. One way to boost your own citation count is to cite yourself — which men do far more than women.

Even when they aren’t citing themselves, men are more likely to cite other men, while women cite both women and men. This provides an automatic advantage to men in academia over women, since it helps their papers appear more influential.

The end result is that a woman and a man in the same field, perhaps with the same brilliance, won’t have the same resumes: The man will have more presentations and citations to his name.

This sort of problem is also found in other workplaces.

Women who ask for a pay raise are less likely to get it than men, for example. And there’s the common phenomenon where a woman who speaks up isn’t listened to, whereas a man who repeats the same thing gets credit for making a brilliant point.

The women of the Obama White House made headlines last fall for their strategy of combating this problem, which they called amplification. When a woman colleague made a good point in a White House meeting, other women repeated the point and gave credit to its author.

Whether you’re a woman or an equality-minded man, you might not have opportunities to march in your pink hat every day, but you can resolve to practice amplification in your own workplace.

Last year, scientists made an impact by publicly shaming and boycotting a biomedical conference that mostly featured white men as speakers — not because the speakers themselves were lousy, but because other candidates had obviously been overlooked.

If, like me, you don’t have a biomedical conference to boycott, you can still take positive steps in your day-to-day life — like how you parent your children. Consider what message they’re getting about gender from the media they consume and the books you read them.

Think about what you say to them regularly. Do you constantly tell your daughter she’s pretty, as though that were the only thing that mattered? Or tell your son to “be a man” if he cries?

If you’re a woman, do you gripe about hating your body in front of your kids?

No matter what you do, consider the Women’s March step one in the fight, and not an end in itself. Find a way — or several — you feel comfortable taking action on, and then do it.