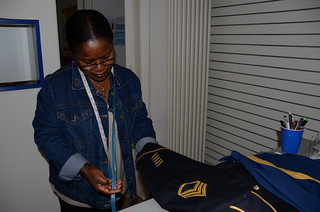 How to Move Millions into the Middle Class

President Obama should issue an executive order to guarantee a living wage for millions of workers employed by federal contractors.
By Richard Kirsch | August 14, 2013

President Barack Obama is pledging to make the rest of his time in office about “making this country work for working Americans again.” That means one branch of government is on the case.

After rejecting White House proposals to create good jobs that would rebuild our crumbling infrastructure and invest in renewable energy, Republicans in Congress have already put hundreds of thousands of people — or more — out of work with meat-ax budget cuts that may last through the end of next year. 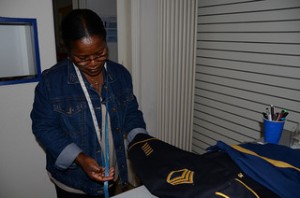 Fortunately, Obama doesn’t have to wait for Congress to help move two million Americans into the middle class. He can issue an executive order that would improve earnings for low-wage workers whose jobs are financed by the federal government. He can do it now.

In his speech at Knox College in Galesburg, Illinois, Obama recognized that “the income of the top 1 percent nearly quadrupled from 1979 to 2007, while the typical family’s barely budged.” He aims to do something about this growing inequality by implementing what he calls “middle-out economics” — a strategy that hinges on good jobs, quality education, affordable health care, a secure retirement, and strong neighborhoods.

Building the middle class starts with good jobs. Today, most new jobs are in retail, home health care, fast food, and other low-paying fields. But these jobs don’t have to pay low wages. After all, factories paid low wages before workers organized unions in the 1930s and won decent wages and benefits. And unlike factory jobs, many service jobs can’t be exported overseas.

In the 1930s, and again in the 1960s, the federal government helped raise wages for workers. Congress passed laws and presidents issued executive orders that required businesses with federal contracts to pay their workers their industry’s prevailing wage. That meant better pay.

Those laws are now outdated. They only cover one out of five federally funded private-sector workers. Even for those workers still covered, wage rates can be little higher than the federal minimum. According to a recent study by the think tank Demos, the federal government now funds over two million jobs paying under $12 per hour — more than Walmart and McDonald’s combined — in such industries as food, apparel, trucking, and home health care.

In another report on the federal-contract workforce, the National Employment Law Project (NELP) interviewed over 500 contract workers. The group found that 74 percent are paid less than $10 per hour, and 58 percent receive no benefits from their employer.

Who are these workers? One is Lucy Johnson of Knoxville, Tennessee. She sews military uniforms for American soldiers, and after 25 years of work, she makes just $7.25 an hour. Another is Lucila Ramirez. Though she’s worked 21 years as a janitor at the federally owned Union Station in Washington, D.C., she’s paid just $8.75 an hour.

A presidential executive order could directly help Lucy, Lucila, and the millions like them who get paid by Medicare to care for our elders, work as security guards at federally leased buildings, and labor on federally funded construction projects. The order would require that jobs financed by federal funds pay living wages (not just minimum wage or the prevailing wage in a low-wage industry) and provide paid sick days. It would also bar employers that get federal contracts from fighting unionization.

There’s already a precedent: Some 120 cities around the country have created living wage standards for firms that get municipal contracts. Typically, these local laws require paying higher than the minimum wage and contributing to health benefits.

“Whatever executive authority I have to help the middle class, I’ll use it,” Obama promised in Galesburg. He can start setting a good example of middle-out economics by boosting job quality for at least two million workers whose pay comes from the government he leads.