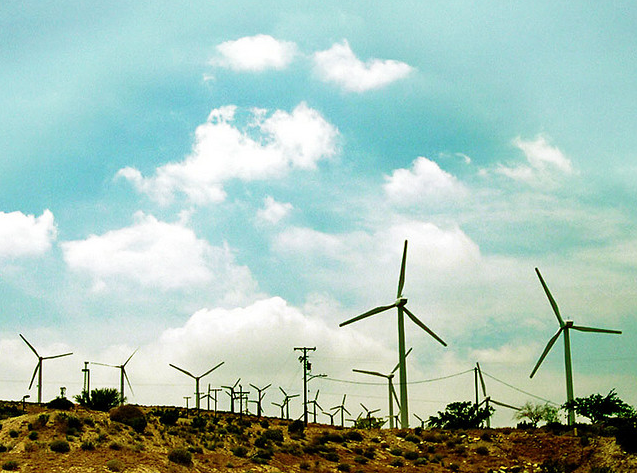 How Romney Could Blow Iowa

The wind energy industry relies on a soon-to-expire tax credit that protects American jobs and our health.
By Andrew Korfhage | August 13, 2012

Should Congress renew the wind-energy production tax credit that’s scheduled to expire at the end of 2012?

It depends on whom you ask — a Democrat, a Republican, or another Republican.

On August 1, Mitt Romney declared his strong opposition to this tax credit. The next day, both Republicans and Democrats on the Senate Finance Committee voted in favor of it.

“He will allow the wind credit to expire…and create a level playing field on which all sources of energy can compete on their merits,” Romney’s spokesperson in Iowa told the Des Moines Register, one day before Sen. Charles Grassley, an Iowa Republican who sponsored the tax-credit legislation, cast a key committee vote in favor of renewal.

But there’s no “level playing field” for the energy industry. Even fossil-fuel giants like ExxonMobil and Chevron enjoy permanent government subsidies. So far, Romney hasn’t called for trimming the highly profitable coal, oil, and national gas industries’ massive subsidies. All told, these global companies vacuum up to $1 trillion per year in governmental support. 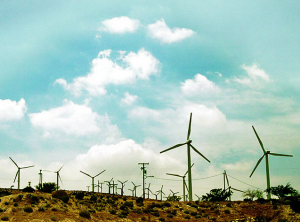 The wind industry has boomed since the credits were first introduced in the 1990s. In 2010, according to the Federation of American Scientists, around 400 manufacturers employed 20,000 U.S. workers to produce wind turbines and components — up from as few as 30 manufacturers six years before. That’s in addition to thousands of jobs in wind-energy installation and maintenance in local communities nationwide.

By threatening to cut off support for wind energy, Romney is directly jeopardizing these workers. Even House Republicans get the calamity of Romney’s stance when they examine the effect that killing wind credits would have on workers in their districts.

For example, Rep. Scott Tipton (R-CO) told the House Small Business Subcommittee about a major wind employer in his district that would lay off as many as 1,600 workers if the credits lapse. And Rep. Tom Latham (R-IA) warned that cutting the credits could imperil Iowa’s 7,000 wind jobs, as well as harm farmers who rent their land for wind. A December 2011 study by the Navigant consulting firm showed that preserving the wind-power tax credit would save or create 54,000 jobs nationwide next year.

What’s more, there are significant health reasons to support the growth of wind energy over fossil fuels. The Clean Air Task Force reports that fine particle pollution from burning coal in America’s power plants causes more than 200,000 asthma attacks, 20,000 heart attacks, and 13,000 premature deaths per year. Factor in the air and groundwater pollution of mountaintop-removal mining and the picture gets even worse. According to a Harvard Medical School study, coal’s health and environmental costs amount to around $345 billion per year in the United States. The cost of renewing the wind-energy tax credit is far smaller — between $3 and $4 billion.

When Congress has allowed this tax credit to expire before, the wind industry has contracted as it struggled to compete with highly subsidized fossil fuels. Congress let the credits lapse in 1999, for example, and new wind-energy projects fell by nearly 90 percent in 2000.

In a shaky economy, we can’t afford a repeat of that implosion in 2013.

With probable support from the Democratic-controlled Senate, the wind-power industry’s fate now likely depends upon support from the House’s Republican majority. Those lawmakers should listen to their pro-wind colleagues, like Grassley, Tipton, and Latham — not Romney. If they do, they’ll preserve American jobs and protect our health.

And the GOP hopeful himself should heed key wind-energy supporters. Some of them, such as Iowa Gov. Terry Branstad, are furious. The swing state’s Republican governor recently said Romney needs to stop relying on guidance from a “bunch of East Coast people that need to get out here in the real world to find out what’s really going on.”