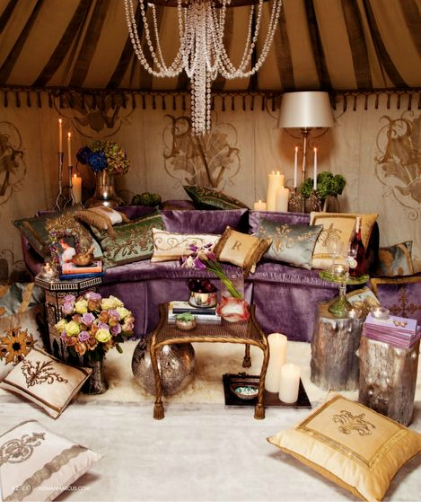 How the 1 Percent Can Camp Out with the 99 Percent

Neiman Marcus is selling decadent tents that are more opulent than the interior of that I Dream of Jeannie bottle.
By Jim Hightower | December 5, 2011

Perhaps you’re part of Wall Street’s richest 1 percent, yet, deep in the deepest part of your hedge-fund heart, you secretly support the “We Are the 99 Percent” people.

Taking a big step even further, you might actually desire to join the Occupy Wall Street movement in one of its tent camps to show your solidarity. But — my goodness! — there’s just no way you can settle into one of those grungy plastic tents that the movement people are living in. 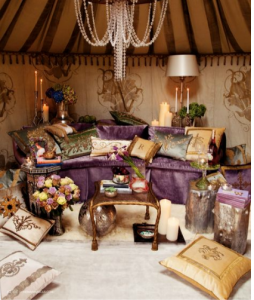 Well, fret no more, my über-rich friend, for that’s why Neiman Marcus exists. In the nick of time, the luxury retailer has come out with its “Christmas Book,” featuring 171 pages of fabulous gift ideas for the fabulously wealthy. And there it is on pages 62 and 63: the “Dream Folly” tent.

It’s an 18-foot diameter yurt that, according to the catalogue description, is inspired by the whimsical 1960s TV show, I Dream of Jeannie. And what a whimsy it is, with an opulent interior that, as Neiman puts it, “goes beyond your wildest, most decadent dreams.” 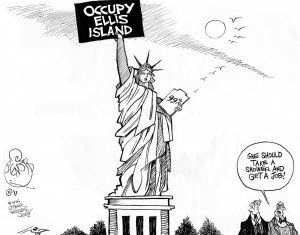 You’ll sink into “a bevy of one-of-a-kind down-filled designer pillows,” zone out on the tent’s fine textiles in colors selected “to evoke the bubbles of a warm, soothing bath,” and be protected from even the darkest of nights by “a custom, hand crafted crystal chandelier.”

The catalogue assures purchasers that Neiman Marcus can have a Dream Tent “installed on your estate grounds in the blink of an eye.” And if the company can deliver in, say, the Hamptons, how hard would it be to set you up in a downtown Occupy encampment?

Yes, even the wealthiest elites can stand with the people… then withdraw to their dream tents. Prices start at $75,000. While that’s a bit pricey, imagine the solidarity it will build with those protesting the excesses of Wall Street elites.