When Public Servants Demonize the Poor

When I unmasked an Arizona official who made outrageous and anonymous comments on blogs, it revealed more than his bad judgment.
By Bob Lord | June 25, 2014

For years I’d wondered about the identity of a gaggle of anonymous commenters on Blog for Arizona, the website to which I frequently contribute. These guys weighed in a lot and were very eager to burnish the reputation of Arizona School Superintendent, John Huppenthal.

Ultimately, my fellow writers and I explored the source of the comments. With only modest effort, we figured out these commenters were all aliases of Huppenthal himself. Among other things, the 60-year-old official was posting from the Arizona Department of Education and providing details of his own childhood. 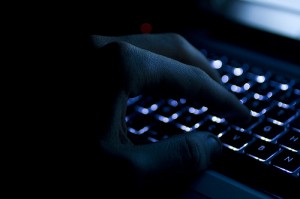 Nonetheless, we were stunned. By then, I’d had a year-long dialogue with “Thucky,” (a riff on one of his aliases) and knew his economic views were beyond extreme and demonstrably wrong, and that he resorted to intellectual dishonesty without hesitation.

As this strange tale draws increasing media attention, it’s clear that one of his many unvarnished and outrageous opinions is drawing the most fire: Huppenthal believes that people who benefit from food stamps and other features of America’s safety net are “lazy pigs.”

Huppenthal said plenty of other incendiary things under his pseudonyms. But that particular gaffe epitomizes his disdain for the millions of people he’s supposed to serve. The “lazy pigs” line also sums up an extreme philosophy gaining popularity among influential Republicans.

It’s essentially a corollary to the Prosperity Gospel, a strain of Christian belief that emerged in the 1950s. The Prosperity Gospel casts financial wealth as a blessing from God, turning Mark 10:25 — “it is easier for a camel to go through the eye of a needle, than for a rich man to enter into the kingdom of God” — on its head.

Prosperity Gospel suits the religious right movement. It justifies the personal wealth belonging to its leaders and televangelists and puts those folks on the same page as major conservative funders, like the Koch brothers.

What could be more in sync with idolizing the rich than demonizing the poor? Huppenthal hardly invented this demonization.

President Ronald Reagan sneered at “welfare queens.” During their failed 2012 bid for the White House, Mitt Romney wrote off the “47 percent” while Paul Ryan disparaged a majority of Americans — as “takers.”

John Huppenthal is a Roman Catholic but his no-longer anonymous blog comments reveal him to be more partial to the Prosperity Gospel and its companion ethos that the poor are bad people than to his own church’s emphasis on charity.

Pope Francis would surely disapprove of the Arizona official’s comments, such as this one: “You have an ethnic majority, Hispanics, oppressing an ethnic minority, small business owners, exacting a property tax and paying to force students to undergo a toxic indoctrination.”

In other words, he sees the poor as un-Christian bullies, forcing the wealthy to pay taxes to fund everything from food stamps and child protective services to Mexican-American studies.

Huppenthal’s comments are out of step with the growing number of Americans who aren’t willing to blame the poor for their plight at a time when wealth and income are increasingly concentrated and the rich are getting absurdly rich.

His compulsive commenting isn’t the only odd online behavior exposed so far. Huppenthal also spent an alarming amount of time scrubbing anything he didn’t like out of his own Wikipedia page as an “editor.”

It’s not clear yet what this will mean for his career. He’s running for re-election and faces competition in Arizona’s August 26 Republican primary. The Arizona Chamber of Commerce yanked an award it was about to bestow upon him and is considering whether to call for his resignation.

Before this scandal erupted, Huppenthal was already taking heat for his promotion of private school vouchers while serving as chief of the state’s public schools.

Conservatives abhor his support for Arizona’s version of the Common Core. Now he has to explain his extreme views and why his anonymous commenting on websites, including items entered during the workday from the Education Department’s offices, was an appropriate use of his time.

I hope Arizona voters see Huppenthal for what he is — dangerous and wrong — and reject him. His defeat would send a strong message: Characterizing the poor as un-Christian is politically off limits.

Bob Lord, a veteran tax lawyer and former congressional candidate, practices and blogs in Phoenix, Arizona. He is an Institute for Policy Studies associate fellow.Distributed via OtherWords.org