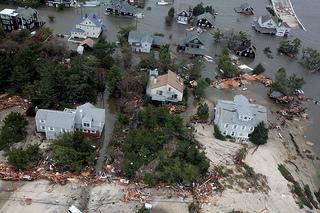 Sandy is only the latest and most devastating incident in a pattern of extreme weather that's become impossible to ignore.
By Michael Brune | November 7, 2012

I’ve been working on solutions to the climate crisis for a long time, but I never really expected that it would hit home for me quite the way it did.

Chadwick Beach, the small New Jersey town where I grew up and where my parents still live, was one of many communities in Superstorm Sandy’s path.

It was an idyllic place to grow up. My wife and I still take our kids back home each summer. It’s where I fell in love with the ocean and, by extension, all of nature, from redwood forests to alpine meadows.

Fortunately, my parents weren’t home when the storm slammed into the Garden State. The damage along the shoreline is so severe that they haven’t been able to get back to their house to learn its full extent. 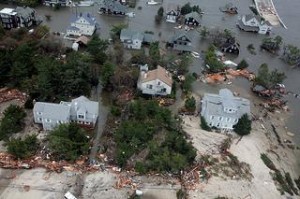 But my uncle’s house is flooded, the restaurant where I bussed tables has been destroyed, and neighbors’ houses have been spotted floating in the bay. I’ve seen photos online that show the homes just a few blocks from ours completely inundated, and the damage reports from friends are numbing. No one has seen anything like it before.

I wish I could say we’ll never see anything like it again in our lifetimes, but that’s not how the wind is blowing. The frightening consequences of climate disruption that scientists have warned us about for decades are already here. Sandy is only the latest and most devastating incident in a pattern of extreme weather that’s become impossible to ignore.

Our nation suffered through a record-high 14 weather events last year that caused at least $1 billion each in damages. So far in 2012, we’ve seen a drought that devastated Midwestern farmers, historic wildfires that laid waste to homes in Colorado, Texas, Wyoming, Montana, and beyond, and thousands of heat records broken across the nation.

“In just 14 months, two hurricanes have forced us to evacuate neighborhoods — something our city government had never done before,” wrote New York Mayor Michael Bloomberg. “If this is a trend, it is simply not sustainable.”

The connection between climate change and catastrophes is now painfully obvious to scientists and insurance companies alike. It’s getting clearer to the American people, especially my friends and family on the Jersey Shore.

And climate change is about more than just temperature. It’s about disrupting the basic weather patterns that affect almost everything in our lives — from our water supplies, to how we grow our food, the kinds of diseases and insects prevalent where we live, and our ability to keep our families and homes safe.

Our addiction to coal and oil threatens the future of our planet, hurting families now and putting our children and grandchildren at risk. We deserve strong action from our leaders — not only to help the communities hit by disasters recover but also to reduce the likelihood and severity of future disasters.

Making changes that will reduce climate disruption now is less expensive than just staying the course and dealing with mounting climate-related chaos later. By reducing our use of dirty fossil fuels and investing in clean energy and energy efficiency, we can cut power and fuel costs, create millions of jobs, clean up our air and water, and combat climate disruption at the same time.

It’s time to end our dependence on fossil fuels and invest in clean energy. We must demand that our leaders accelerate our transition to clean energy and adopt aggressive efficiency measures to reduce our energy use.

Michael Brune is the executive director of the Sierra Club, the largest grassroots environmental organization in the United States. www.sierraclub.org
Distributed via OtherWords (OtherWords.org)