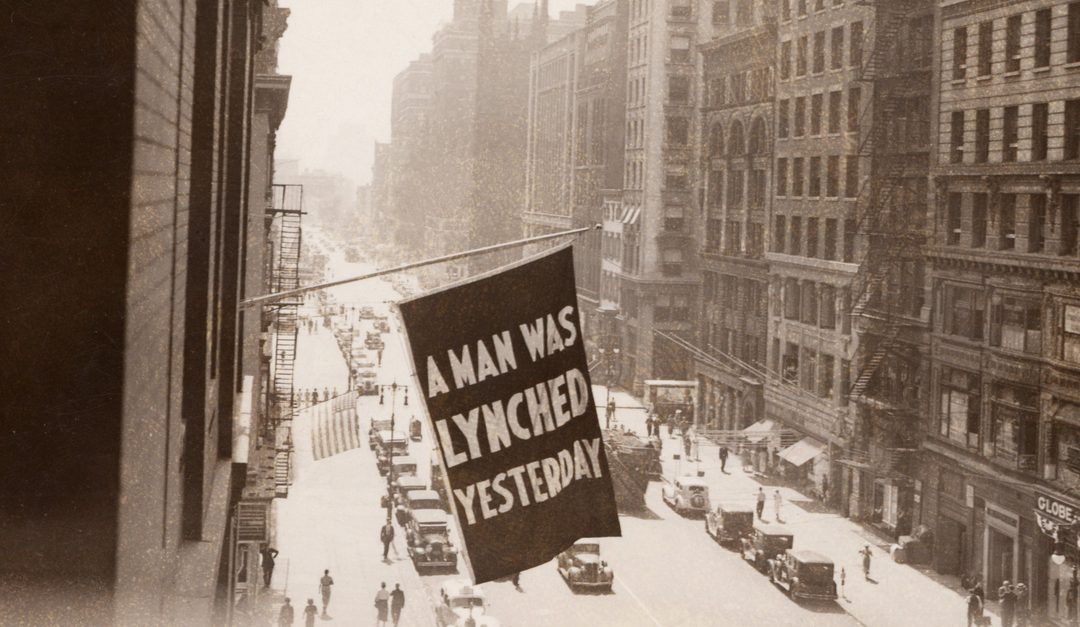 A flag announcing another lynching at the NAACP headquarters in New York, 1936. (Shutterstock)

I Remember the Lynchings of the 1960s. They’re Still Happening.

My civil rights movement colleagues were murdered in the 1960s, when lynching was common. Sadly, it remains so today.
By Ron Carver | June 3, 2020

I was naive until I wasn’t.

At just 18, the day after I graduated from high school, I drove from Boston to Atlanta to work with the Student Nonviolent Coordinating Committee (SNCC).

I was working the night shift and spent the evening calling jails, hospitals, police, and the FBI, searching for word of the young men. I called John Doar, head of the Justice Department’s civil rights division, who pleaded with local FBI agents to help search. The agents refused.

At midnight, I tearfully called the boys’ parents to report our failure in finding them.

Forty-four horrible days later, the civil rights workers were found buried in an earthen dam. Schwerner and Goodman, both white, were each killed with one bullet to their hearts.

Chaney, a black man, had been brutally beaten and shot multiple times. According to an autopsy report, Chaney’s, “jaw was shattered, the left shoulder and upper arm were reduced to a pulp; the right forearm was broken completely across at several points, and the skull bones were broken and pushed in toward the brain.”

That wasn’t all that turned up. In the course of dredging nearby rivers and swamps, Navy seamen dispatch by President Johnson also uncovered the bodies of 10 more black men — some tied up with wire and rope.

In 1964, lynching black people was no longer the open, public entertainment it had once been, but it was still common. Sadly, this remains the case today.

With the latest murders of unarmed black people — Ahmaud Arbery in Georgia, Breonna Taylor and David McAtee in Kentucky, George Floyd in Minnesota — we can no longer deny that racism spans our country from coast to coast, from Mississippi to Minneapolis.

It dates from the earliest years of our nation right up to the present. And from the late 19th century to today, cops have been given impunity, if not encouragement, to take out their aggression on black people — especially when they protest their mistreatment.

In the 1930s, the NAACP would hang its banner declaring, “A Man Was Lynched Yesterday,” on a flagpole reaching out over Fifth Avenue in New York City. We must revive that practice. But now, not far from a century later, we must do more. In particular, white Americans cannot leave it to others to seek justice alone.

We must demand more than investigations and firings. We must sentence those who commit these crimes to maximum-security prisons, not the country club style, minimum-security detention facilities where they can sit alongside politicians and white-collar criminals.

We must also end mass incarceration, the bail bond system, and the disenfranchisement of those who have served their time. And we must eradicate all the legal and social structures that continue to harm the souls and pocketbooks of the previously enslaved citizens of America, a country built on the backs of men and women brought to our shores in chains.

Back in 1964, if the jailer’s wife who answered my phone call had told me the truth — that Chaney, Schwerner, and Goodman were indeed in that jail — or if the FBI had done its job, those three young men could be alive today.

Back then, Mississippi racists complained that we sought more than an end to segregation; that we wanted to change their way of life. We did want that. And we still do. We must finally make white supremacy and racist aggression socially and legally unacceptable.

This work is past due, and not just in South.

Ron Carver, an associate fellow at the Institute for Policy Studies, has been a social justice advocate since 1964 when he worked with the Student Nonviolent Coordinating Committee in Georgia and Mississippi. This op-ed was distributed by OtherWords.org.