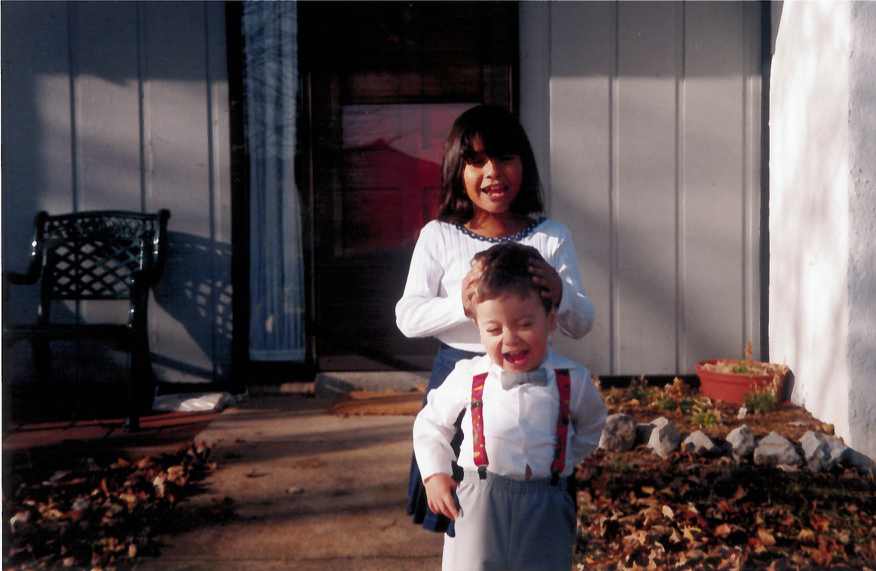 Daniel Valenzuela and his sister in front of their Virginia home.

I Won the Housing Lottery

Growing up in a diverse and wealthy neighborhood put me on the road to reach my potential.
By Daniel Valenzuela | August 12, 2015

I grew up in an affluent corner of Loudoun County, Virginia, where the median household income is nearly $120,000. In September, I’ll be a junior at Harvard University.

Coming from the richest county in the United States, where I graduated from a competitive magnet high school and had the opportunity to travel to Russia and Singapore as a teen, it may not seem like a big deal that I’m an Ivy League student.

But it is. My parents are low-income Central American immigrants. My mom, who moved to this country from El Salvador, cleans homes as a domestic worker. My dad, who came from Guatemala, is a retired line cook. 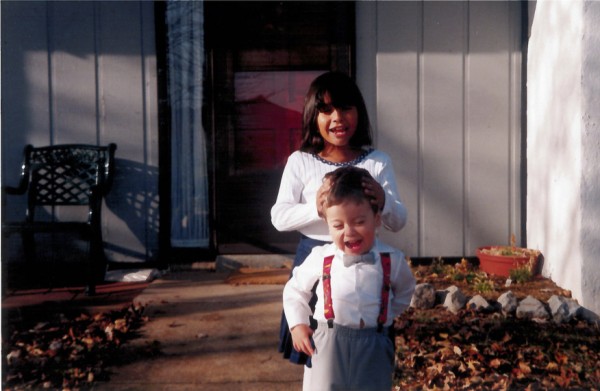 Daniel Valenzuela and his sister in front of their Virginia home. / Valenzuela Family Photo

Their great luck with housing in our suburb of Washington, D.C. helped my sister and me get great educations and strong starts in life. But for most working class families, it’s hard to own a home, send your kids to well-funded schools, and prosper.

A full-time minimum wage worker can’t afford to rent, let alone own, a one-bedroom apartment anywhere in the entire country, the National Low-Income Housing Coalition recently calculated. This crisis is acute in Northern Virginia because the high costs of housing in the D.C. area require a minimum-wage worker to labor nearly 100 hours per week to even rent a one-bedroom unit.

My parents didn’t have to work 100 hours a week to cover the cost of our home.

After I was born in 1995, we moved into a townhouse in Sterling, a community on Loudoun’s eastern border. If somebody wanted to move into Loudoun now, they’d probably pay more than four times the $93,000 my parents paid for our home.

Considering that Loudoun budgets nearly $1 billion a year for its schools, it certainly seems like our family lucked out and won the housing lottery with a cheap ticket. But lingering segregation still takes a toll on the education some of the county’s students are getting.

Had we lived in a lower-income area on the other side of the highway that cuts through Sterling, I probably would’ve attended a high school where two out of three students face economic disadvantages and where the average SAT score is lower than most Virginia schools.

I might not have had the same opportunities that led me to Harvard. My sister might not have graduated from Virginia Tech and embarked on a successful career in education.

I’m thankful for the opportunities, but this isn’t right. Which side of the highway you call home shouldn’t define your ambitions.

At my high school, my friends’ parents were computer engineers, waiters, domestic workers, and business managers. Their families had roots in Vietnam, Nigeria, Ireland, India, and Poland. They represented many faiths — Catholic, Protestant, Sikh, Muslim. Some grew up poor. Some grew up rich.

Because we shared the same high school community, the wealth of experience and resources each family brought made all of us better off.

Experiencing all this diversity gave me a view of what’s possible. I’ve never doubted that I could be a lawyer or a doctor, or could pursue any other career. By living in a diverse community and a wealthy county, I saw what I could become and felt free to pursue those dreams.

That’s why it’s so important for affluent communities to find innovative ways to create diverse neighborhoods through affordable housing so that more low-income families can share in prosperity. By opening doors for the less fortunate, these communities become even richer with the assets that diversity brings.

After graduating from Harvard, I hope to make sure that other families have stories like mine. Securing affordable housing and all of the opportunities that go with it shouldn’t require the kind of good luck I had.

Daniel Valenzuela is a Next Leaders intern at the Institute for Policy Studies and a Harvard University student. IPS-dc.org
Distributed via OtherWords.org