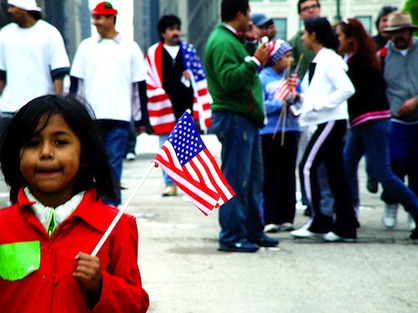 The Martinez family’s generosity toward their community harkens back to a bygone era. They’re quick to help their neighbors when they need a hand. They pass warm food and tools to neighbors across the fence as if they were family. Neighborhood kids love going to their house because they know they’ll get a treat.

They’re also hardworking. Thanks to the long hours Mr. and Mrs. Martinez spend in local factories, they were able to purchase their home over 10 years ago. 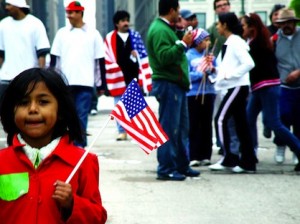 Yet Mr. and Mrs. Martinez are living in fear because they’re undocumented immigrants — among the 11.5 million people in this country suffering under a broken immigration system. Two members of the Martinez family have returned to Mexico either due to immigration proceedings against them or out of fear. The rest of them are considering leaving as well, because the fear is becoming too much to bear.

The Martinez family’s deportation concerns are well-founded. The Economist points out that the United States deported 369,000 undocumented migrants in 2013 alone, a nine-fold increase over the rate 20 years ago. In fact, the Obama administration deported around two million people in its first five years — outpacing any previous presidency — in a quixotic attempt to win Republican support for immigration reform.

President Barack Obama continually calls on House Republicans to bring the Senate immigration reform bill — passed almost a year ago — up for a vote. “The only way to truly fix it is through congressional action,” Obama recently said. “We have already tried to take as many administrative steps as we could.”

Despite billions of dollars worth of exaggerated security measures designed to entice Republican support for the Senate bill, it appears to have died. “House Republicans do not support Senate Democrats’ immigration bill and amnesty efforts, and it will not be considered in the House,” said Majority Leader Eric Cantor.

Faced with Obama’s unwavering insistence that passing the Senate bill is the only way forward, immigrant activists are calling for immediate executive action to end deportations and ease up the pressures on undocumented immigrants like the Martinez family.

Activists across the country have recently stepped up their calls for action by forming a human blockade at an Immigration and Customs Enforcement (ICE) facility in Boston, marching on ICE’s headquarters in Washington, D.C. and carrying out a hunger strike in front of the White House.

Obama is feeling the pressure from a key segment of the Democratic party’s base. His administration has begun backing away from claims that the he exhausted his executive powers when he issued the Deferred Action for Childhood Arrivals (DACA) order, which allows certain undocumented immigrants a two-year permit to stay and work in the United States.

Homeland Security Secretary Jeh Johnson recently told ABC News that the Obama administration will soon make changes to the enforcement of the immigration laws and deportation policies to ensure “respect for human dignity…[and] respect for the sanctity of the family unit.”

That sounds good. But neither the activists leading protests nor the Martinez family will be satisfied with symbolic gestures or hollow half-measures. And they shouldn’t be.

As long as Republicans remain unwilling to support immigration reform despite the efforts to appease them with record deportations, the White House should take decisive action and halt the inhumane deportations that are tearing apart families.

The Martinez family and undocumented immigrants across the country aren’t shadowy figures stealing jobs and trafficking drugs, as some media would have us believe. They’re part of the fabric of our communities, working the hard jobs other folks won’t do, boosting our communities’ tax bases, and being good neighbors.

“We want President Obama to be a real reformer, not the deporter-in-chief,” explains Marisa Franco, a National Day Laborer Organizing Network campaign organizer. “He can give immigrants relief with the stroke of a pen.”

It’s about time he did.

Jess Hunter-Bowman is Associate Director of Witness for Peace, a nonprofit organization that advocates for immigration reform and a sounder foreign policy toward Latin America.
Distributed via OtherWords.org