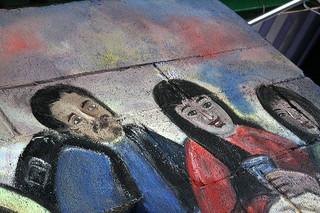 Immigration is a Human Rights Issue

Millions of lives have been disrupted and torn apart by harsh immigration enforcement practices.
By Carlin Christy | April 23, 2012

Carlos Ruiz was born in Mexico but grew up in California. He speaks English better than Spanish and has two young daughters who were born in the United States. He was deported back to Mexico nearly two years ago, and since then hasn’t seen his children, mother, or sister, who are still in California. People like him are at the center of the immigration debate, especially this election year.

The Supreme Court, which will soon strike down or uphold four controversial provisions of SB 1070, Arizona’s “papers please” law, is playing a pivotal role. The Court’s ruling, which may come in June, will ultimately determine whether states have the power to create and enact their own immigration laws.

Conservative lawmakers in states like Tennessee are awaiting the ruling. They’re eager to jump on the anti-immigrant bandwagon by implementing their own copycat laws.

Alabama’s HB 56 is one example. It’s the country’s harshest anti-immigrant law and has caused widespread fear, prompting thousands of families fleeing the state. For immigrants in Alabama, everyday activities like registering a child for school, paying a utility bill, or getting a check-up are now actions that could mean having your immigration status questioned. 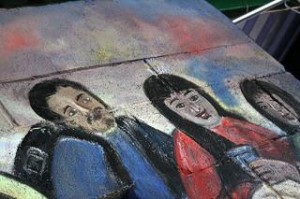 There’s also concern about the economic losses statutes like HB 56 cause. Dr. Samuel Addy, director of the Center for Business and Economic Research at the University of Alabama, estimates that the state could lose tens of thousands of jobs, billions of dollars each year in economic activity, and up to $1 million per day in tax dollars.

Despite the significant economic losses anti-immigrant laws bring on, many politicians — including President Barack Obama and GOP hopeful Mitt Romney — continue to seek votes on anti-immigrant platforms. With over 400,000 annual deportations, many of our leaders don’t seem too concerned with the millions of people — both documented and undocumented — whose lives have been disrupted and torn apart by harsh immigration enforcement practices.

More than 5,000 U.S.-born children are in foster care simply because their parents have been detained or deported. Placed in strangers’ homes, they’re forced to endure long periods of separation from their families while courts decide their fate. Parents held in detention centers receive little to no communication about their children’s wellbeing. Once they’re deported, it gets even harder for them to fight for family reunification. Judges often terminate parents’ rights, placing the children into adoption proceedings.

As long as the immigration debate ignores the economic and social benefits immigrants bring to our country, states will continue to adopt anti-immigrant laws that destroy families by taking U.S.-born children away from their parents and denying immigrants basic human rights.

Many media outlets and politicians label undocumented immigrants as “illegal aliens” instead of what they most likely are — decent human beings who came to this country to seek better economic opportunities. Often they came here because our own trade policies have limited opportunities in their home countries.

Anti-immigrant prejudice is now being translated into immigration policies and practices. Rep. Lamar Smith, a Texas Republican who chairs the House Judiciary Committee, callously labeled a recent hearing on new immigrant detention guidelines as a “holiday on ICE.” To him, the manual outlining the government’s new standards — which include minimum requirements for access to safe water and medical care, and forbid guards to conduct strip searches on members of the opposite sex — is a “hospitality guideline for illegal immigrants.”

The nation needs comprehensive federal immigration reform to provide a pathway to citizenship for the millions of undocumented immigrants who reside in our country. Many of them have called the United States home for decades. Denying their full participation in society is short-sighted and foolish.

Policies driven by racism, fear, and scapegoating fail to provide any meaningful progress. They also devastate countless lives and communities. We must work together to find a solution while respecting the dignity of all human beings, regardless of their immigration status.

Carlin Christy works in Mexico for Witness for Peace, a grassroots organization that supports peace, justice, and sustainable economies in the Americas. She is originally from Pittsburgh.www.witnessforpeace.org
Distributed via OtherWords (OtherWords.org)