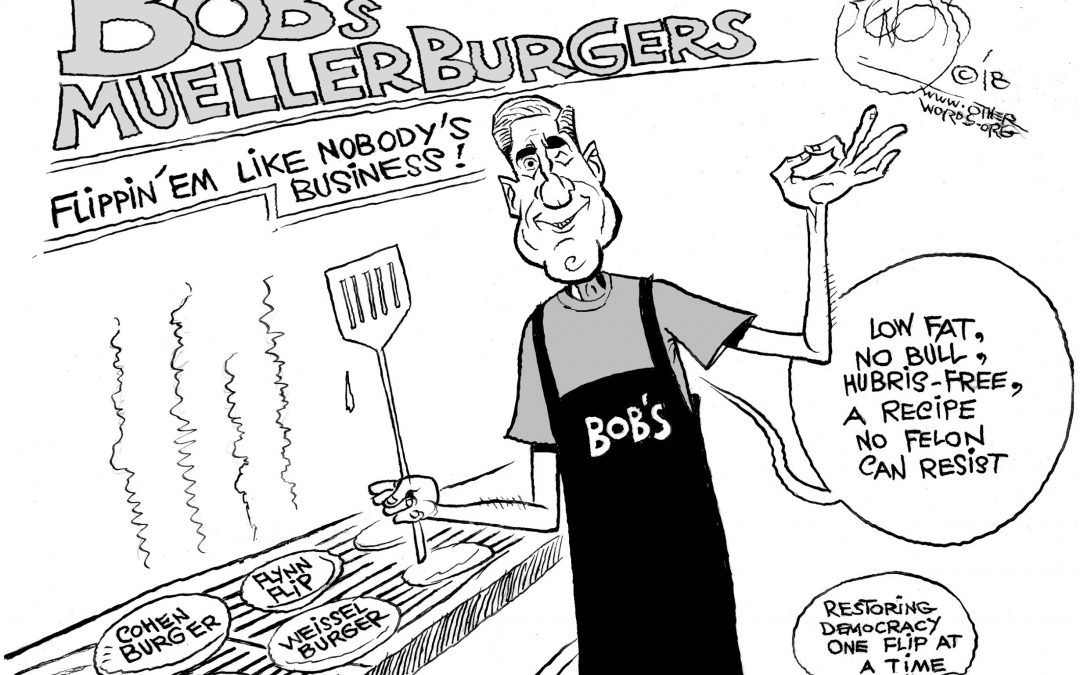 CEOs want your tax dollars and coal companies want to kill you.
By Peter Certo | August 29, 2018

This week, Jill Richardson encourages us to imagine our economy as a game of Monopoly — something she often has her own community college students do. It turns out that when you rig Monopoly the way our real economy is rigged, the game ends almost immediately.

Is that the way it’s going in real life, too? Jim Hightower thinks so, and you can certainly see the results in policy.

For instance, Basav Sen reports this week on the rather shocking admission by the Trump administration that its own plan to bail out coal billionaires is literally going to kill people. And Sam Pizzigati explains how companies have gotten taxpayers to subsidize extreme inequality.

But the real-life game isn’t over yet. Sam points out that taxpayers have a lot more leverage than they realize, if and when they demand change. (And, Khalil Bendib adds, at least a few billionaires could be seeing the inside of Bob Mueller’s office soon.)

Also this week, as back to school season gets underway, another sort of inequality plays out: racial inequities in the legal system, which a new IPS report says begin in the classroom. But here too, Daniela Aspiazu writes, promising new movements are offering alternatives — from blue states like California to red states like Indiana.

Finally, John McCain died this week, leading to bipartisan tributes and many contrasts with a certain later Republican presidential candidate. But as I write this week, the late senator’s feud with President Trump was more over style than substance. And some of that substance was really bad news.

Iraq Should Be a Much Bigger Part of McCain’s Legacy Than His ‘Civility’ | Peter Certo
The “straight talk” people praise McCain for is actually what most of them can’t stand about politicians: They say noble words but cast ignoble votes.

Taxpayers Are Footing the Bill for Sky-High CEO Salaries | Sam Pizzigati
Billions in taxpayer funds go to CEOs who pay their workers peanuts. We can change that.

This Year, Let’s Keep Kids in Classrooms | Daniela Aspiazu
There are better ways to help students learn from their behavior than suspension and expulsion.

Imagine Our Economy As a Game of Monopoly | Jill Richardson
The poorest players quickly run out of money and the rich run away with the game. It’s unfair, boring, and exactly what happens in real life.

Our Economy Is More Concentrated Than Ever | Jim Hightower
Just four tech superpowers raked in half of this year’s stock price gains by the 500 largest corporations.