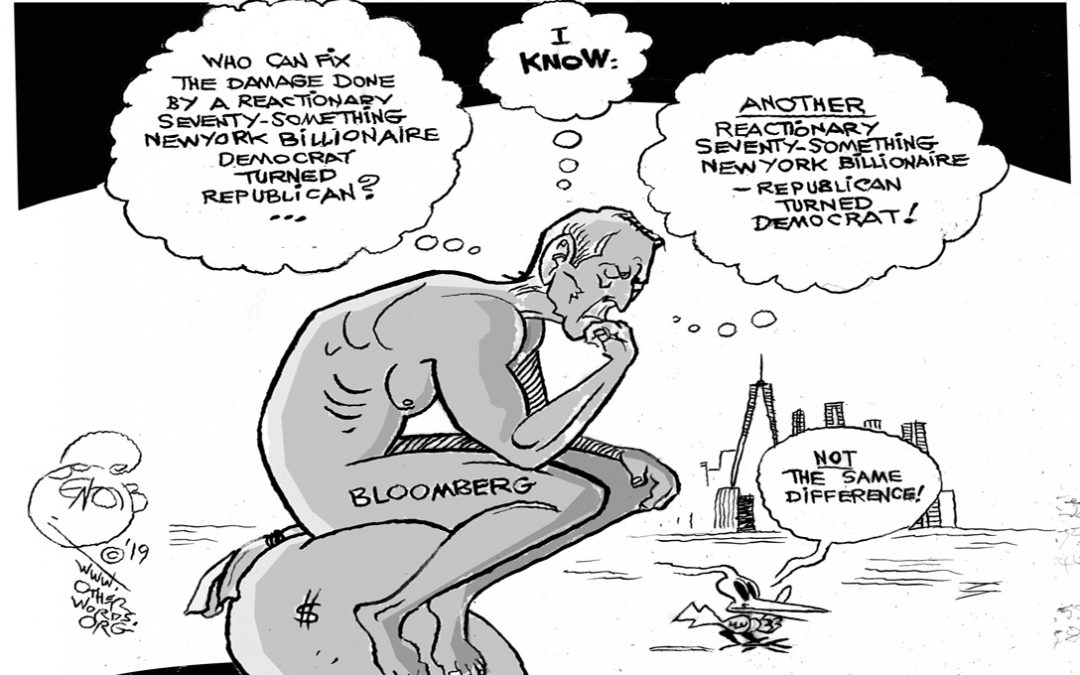 Senator Kamala Harris bows out of the presidential race and the House impeachment inquiry moves into its next phase.
By Peter Certo | December 4, 2019

As Senator Kamala Harris bows out of the presidential race and the House impeachment inquiry moves into its next phase, some dynamics of the 2020 race are slowly coming into focus.

Yet this week in OtherWords, I focus on a little-noted slice of the electorate that could play an outsize role: antiwar voters. In 2016, Democrats appeared to cede them to Trump, who’s hardly delivered on his war weary (if atavistic) rhetoric. In 2020, Democrats could make a serious play for these voters with a real commitment to wind down our endless overseas conflicts.

Meanwhile, as Wisconsin and other states debate new measures to loosen restrictions on medical or recreational marijuana, Jill Richardson turns the “gateway drug” theme on its head.

Also this week, Tracey L. Rogers shares her reflections on a recent visit to Thomas Jefferson’s Monticello plantation. Can these well-manicured former forced labor camps serve a useful role for Americans grappling with their country’s history on race?

End the Wars, Win the Antiwar Vote | Peter Certo
Hard data shows ending our wars would be smart politics — and the first step toward repairing a moral calamity.

Can Plantations Be Redeemed? | Tracey L. Rogers
Thoughtful plantation tours can help us lean into our discomfort — and reconcile a painful past.

Is Marijuana a Gateway Drug? | Jill Richardson
For me, it’s a gateway to pain relief. For others, its prohibition is a gateway to mass incarceration.

Deep Thoughts from Bloomberg | Khalil Bendib
What does America need now? I know — another billionaire candidate.

Explaining Trump’s Racism | Jill Richardson
Racism means a lot more than using slurs or feeling hatred. Yet even in these narrow terms, Trump fits the bill.

It’s Our Choice: Medicare for All or Endless War? | Lindsay Koshgarian
We could easily fund health care for all by ending military boondoggles and fruitless wars. Here’s how.