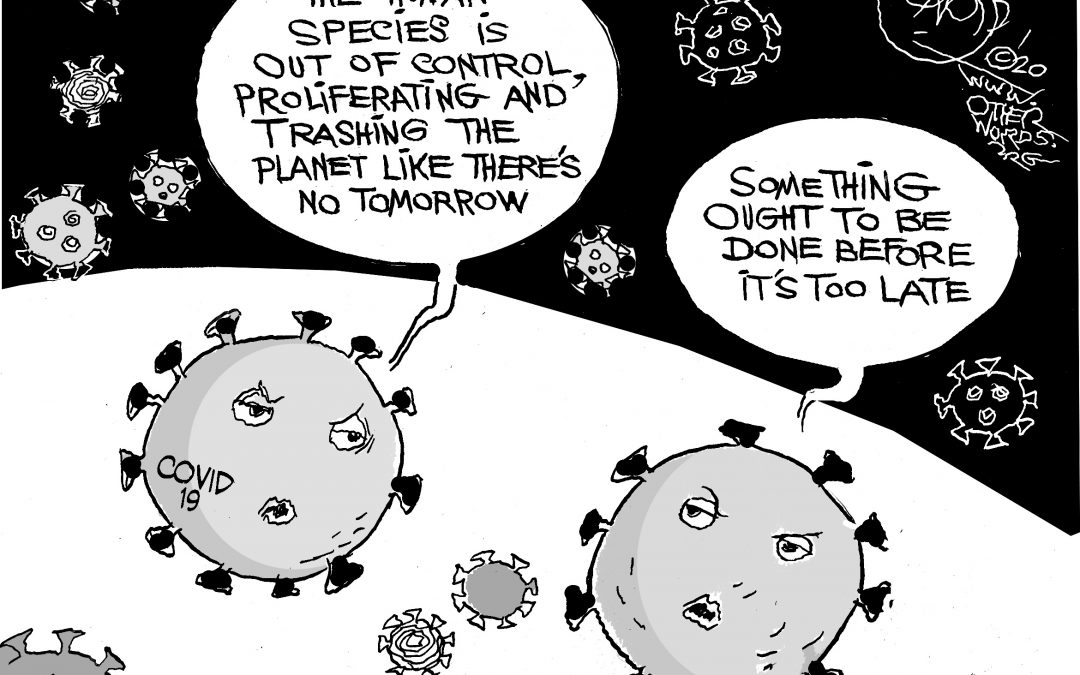 Who’s ready to die for Trump’s ego? That’s Mitchell Zimmerman’s question as the Trump administration’s sole worry about the coronavirus pandemic appears to be the political optics. Meanwhile, cartoonist Khalil Bendib has a dark take on how “something ought to be done.”

Also this week, Kenyetta Rich reports from Alabama on an inspiring fight to spread — or uphold — voting rights for people people caught up in the criminal justice system. Jill Richardson reflects on an old microaggression. And Jim Hightower pokes holes in Trump’s Afghanistan peace deal.

Who’s Ready to Die for Trump’s Ego? | Mitchell Zimmerman
Putting politics ahead of science is a prescription for disaster when you face a pandemic.

You Can Be Free to Vote, Even Behind Bars | Kenyetta Rich
Millions of Americans are wrongly told they’re ineligible to vote because of past convictions or while awaiting trial.

If Someone Says You’ve Hurt Them, Believe Them | Jill Richardson
Some lessons from a time I got it wrong.

Trump’s Afghanistan ‘Peace Deal’ Is Anything But | Jim Hightower
Why is there still fighting? Because our leaders don’t understand Afghanistan — and keep using military force when it won’t do any good.

It’s a Pandemic! | Khalil Bendib
Something ought to be done.

Mike Pence Is the Worst Person to Lead a Coronavirus Response | Jill Richardson
The former Indiana governor presided over the state’s worst ever HIV outbreak. His ignorance made it worse.