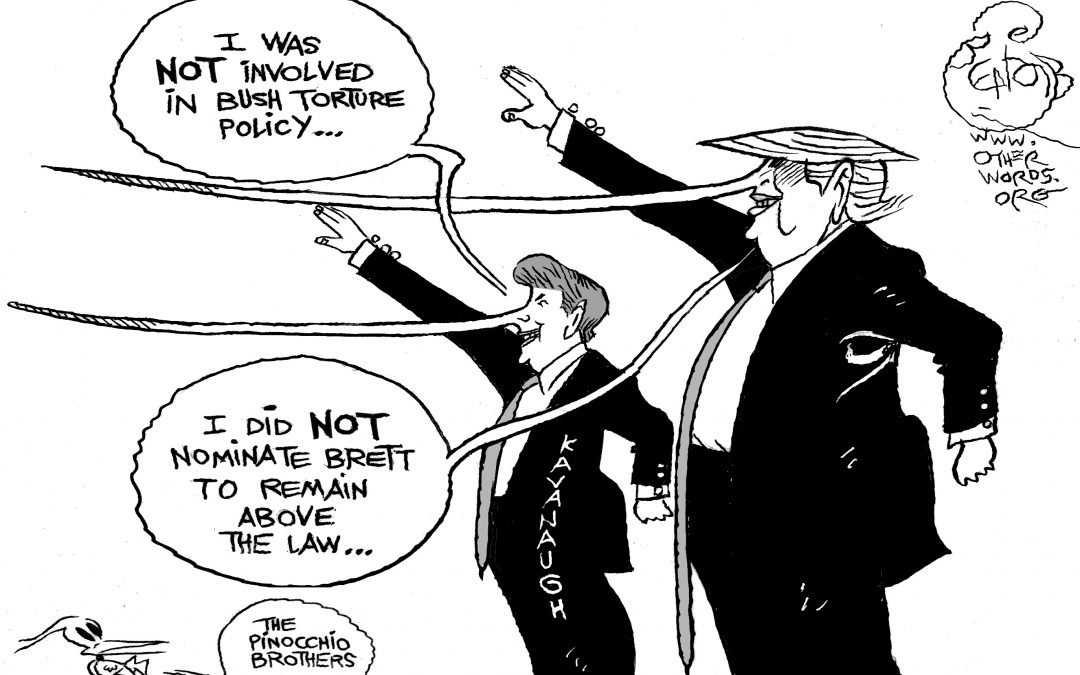 A study in anonymous villains, from the White House to your local downtown.
By Peter Certo | September 12, 2018

Rent in almost any American city is expensive, but it’s really ballooned in a handful of coastal cities. t’s not just higher housing demand and jobs driving the increase, my colleague Chuck Collins finds in a new report.

In many places, wealthy people are buying extremely expensive condos — and then not moving in. In many cases, it’s not “people” who own these properties at all — it’s untraceable shell companies, who may be using the properties to launder money.

This takes up resources and drives up housing costs for all the real people trying to actually live in these cities. It’s not even just big cities, either — small-town farm property is at risk, too. The solution? Cities should make buyers prove they’re real humans, and tax high-end transactions to help house everyone else.

Of course, there’s another anonymous figure in the news this week — whoever penned that explosive op-ed about trying to rein in President Trump from inside the White House. But as I write this week in OtherWords, that’s not “resisting” the president — that’s trying to use him to cut taxes on billionaires even though you know he’s dangerous to everyone else.

Also this week, Jill Richardson calls for age-appropriate sex ed about all orientations. Jim Hightower wonders why cities are helping Amazon rob taxpayers. And Khalil Bendib notices Brett Kavanaugh has a similar relationship to truth as the president who nominated him.

The Wealth Hiding in Your Neighborhood | Chuck Collins
From country farmland to big city skyscrapers, absentee billionaires may be hiding wealth in your town — and driving up your cost of living.
Nobody in the White House is Part of ‘The Resistance’ | Peter Certo
They admit Trump’s dangerous, but they’ll stick with him as long as he cuts billionaires’ taxes, deregulates corporations, and feeds the military-industrial complex.
Prison Labor Is Slave Labor, and We Should Get Rid of It | Fizz Perkal
Incarcerated workers — who often make less than $1 an hour producing profits for big companies — are on strike across the country.
Kids Need Age Appropriate Sex Ed Across Orientations | Jill Richardson
Just like straight children need to understand how to safely navigate coming of age and sexuality, so do LGBTQ children.
Amazon’s Worth $1 Trillion, So Why Is It Robbing Taxpayers? | Jim Hightower
It’s like Bonnie and Clyde, but instead of robbing banks, Amazon has enticed city and state officials to rob their own citizens.
Name a More Iconic Duo | Khalil Bendib
Nothing says I love you like “I’ll keep you out of jail.”

You Can Teach Kids Hard Work, But Feed Them First. | Shirley Brennan
My brothers and I can support ourselves and our families today because of the food aid we got when we were kids.
‘Stand Your Ground’ Laws Encourage Dangerous Vigilantism | Ebony Slaughter-Johnson
Some Americans call the cops on black people for frivolous reasons. Others appoint themselves judge, jury, and — sometimes — executioner.