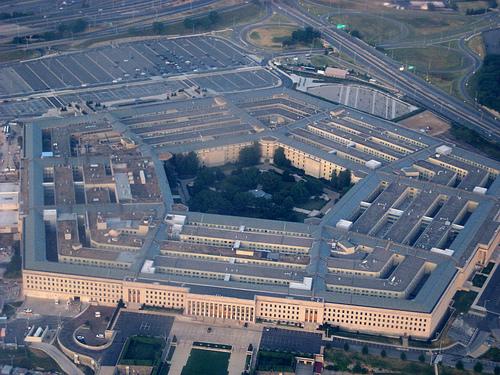 Indefensible: The Truth about Pentagon Spending

A mountain of misleading rhetoric from big Pentagon contractors has buried the facts.
By Suzie Dershowitz | September 3, 2012

Today, there’s a debate raging about the federal budget, our national spending priorities, and how best to protect our national security and our men and women on the front lines.

With the U.S. war in Iraq officially over and our operations in Afghanistan drawing down, this is the perfect time to stop partisan squabbling and rethink the way we fund the Pentagon. Americans on both sides of the aisle agree that economic security goes hand-in-hand with national security. A majority of us support cutting the defense budget by 18 percent, or more than $100 billion, according to a recent Stimson Center study.

It’s time we started spending smarter on our military and weapons. We need a sensible, balanced, and long-term approach to national security.

But all the fear-mongering about Pentagon budget cuts potentially spurring massive job losses makes it hard to have a conversation about our national security priorities. A mountain of misleading rhetoric put forth by big Pentagon contractors — who are spending millions on lobbying and campaigns — has buried the facts. According to the Center for Responsive Politics, the top 10 government contractors spent a combined total of more than $56.3 million on lobbying expenditures and more than $9 million on campaign contributions last year. A number of these companies spending millions on expanding their undue influence collect most of their revenues in taxpayer dollars. Now members of Congress are parroting their talking points. 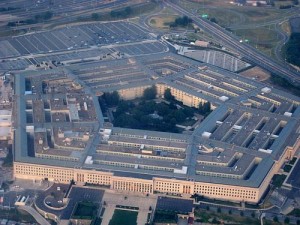 The public has a right to know the truth. First, shelling out more money for the Pentagon budget doesn’t necessarily mean more jobs. As my colleague Ben Freeman at the Project On Government Oversight demonstrated in a recent report, the top five defense contractors were cutting jobs while being awarded more taxpayer dollars between 2006 and 2011. Over this five-year period, total employment at companies such as Lockheed Martin and Boeing declined as these military contracting giants thrived, not just in terms of federal contract dollars but in overall financial performance. Apparently these Beltway bandits have no qualms about letting workers go when it helps their bottom line.

Meanwhile, major defense contractors’ top executives enjoy compensation packages on par with Wall Street CEOs. The chief executives of Lockheed, Boeing, United Technologies, and Northrop Grumman all made between $22 and $27.6 million in total 2011 compensation. So when contractors threaten to send thousands of layoff notices leading up to the 2012 election, it’s clear they are playing politics with national security.

Military contractors’ capacity to launch such a large-scale campaign to defend their profits is symptomatic of underlying structural issues with the way the United States does national defense. The Pentagon’s budget has continued to grow unchecked for decades because our national security policy is still mired in the Cold War industrial defense paradigm. The world has shifted, and the Pentagon needs to make the transition towards leaner, smarter spending to face today’s threats, like terrorism and cybersecurity.

Mismanagement and Pentagon waste, not a lack of funding, are the real problems. In fact, authorizing less money may spur reform. Instead of wasting taxpayer dollars on building costly new weapons systems and more nuclear lab construction projects we don’t need, our military needs to reset its priorities.

The bottom line is that when private companies exert so much influence over the defense budget process, they divert resources away from what our troops and veterans need. National security policy should aim squarely at protecting the American people, not giving taxpayer-financed subsidies to multibillion-dollar corporations. Spending smarter, not bigger, on defense will make us safer in the long run.

Suzie Dershowitz is a public policy fellow at the Project On Government Oversight. www.pogo.org
Distributed via OtherWords (OtherWords.org)