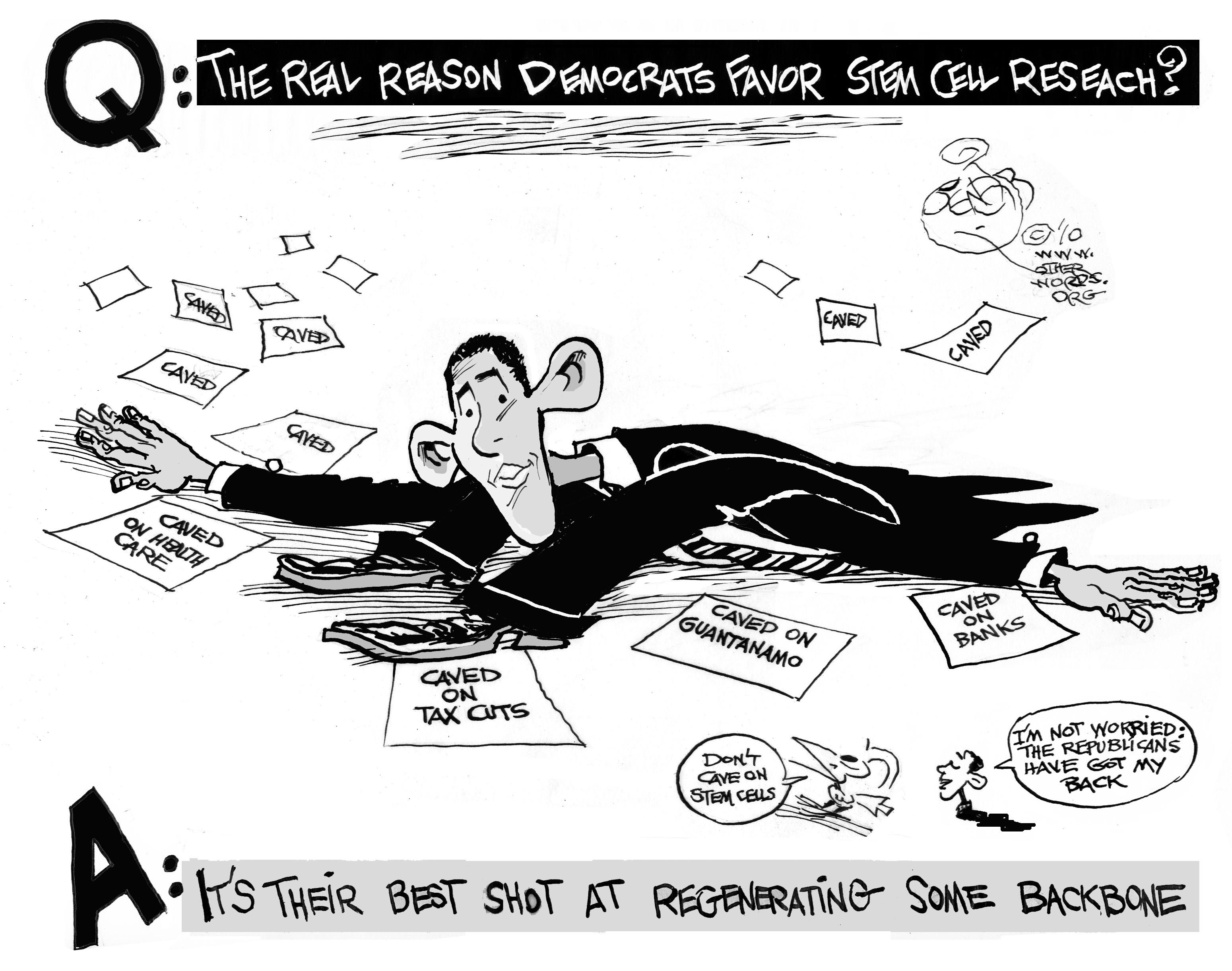 Barack Obama has been replaced by a guy who makes Jimmy Carter look like Vince Lombardi.
By Donald Kaul | December 13, 2010

Well, the Democrats are finally showing some fight. They’re fighting with each other, but it’s a start.

The fading Democratic majority in the House has balked at accepting President Barack Obama’s compromise with Republicans on the Bush tax cuts, which are set to expire with the New Year.

That’s the deal where Republicans get enormous tax cuts for the rich and the president gets a bag full of brightly colored beans. 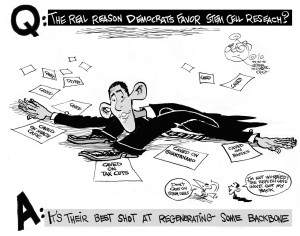 In it, people with a lot of money get enough to build additions to their Caribbean vacation homes (unless their Aspen retreats need expansion), while the laid-off auto worker in danger of losing his one-and-only home to foreclosure gets enough to put food on the table for his family for a few more months.

House Democrats, offered that trade, said, “no thank you very much.”

I keep getting the feeling that none of this would be happening if Barack Obama were alive today.

I don’t mean the sad-faced fellow with the same name you see on television these days, the one with the “Kick Me” sign on his back. I mean the Obama of the campaign trail, the inspirational figure who promised us “Change we can believe in.” That Obama.

The real joke about the tax “compromise” is that the President insisted that the extension of the tax cuts last only two years. Apparently he feels that things will look better for him politically two years from now and that Congress will be able to do away with the budget-busting tax cuts then.

My only surprise is that no Republican leader has yet died laughing at that one.

I used to think that President Obama was a shoo-in for reelection in 2012. I based that on the old political axiom “You can’t beat somebody with nobody.” I reasoned that since the Republicans didn’t really have a “somebody” among their presumptive candidates–and wouldn’t nominate him or her if they did–Obama would prevail.

I’m no longer sure of that. If things go on as they are, Obama could conceivably get beaten by a Candidate to be Named Later.

There are die-hard Democrats who think that the president has an ace-in-hole: Sarah Palin. Egged on by the lunatic fringe of the party, the Republicans just might nominate the Lady Gaga of the political right, which would mean death for them in the election. That’s the theory.

Good theory. But I’m not as convinced of it as I used to be.

Two years after running what many thought was a disastrous vice-presidential campaign, Palin remains a star in a political firmament that doesn’t have many.

Put her in a room with Mitt Romney, Mike Huckabee, Newt Gingrich, Bobby Jindal, or any of her other probable rivals for the GOP presidential nomination in 2012–or with all of them at once, for that matter–and your eye (and attention) will go to her. She’s got that movie star thing going for her.

Beyond that, she has a marvelous political instinct for survival. She came out of the train wreck that was the McCain campaign stronger than she went in.

The Republicans will spend the next two years beating Obama about the head and shoulders while he stands in the middle of the road saying: “Let us reason together.”

They’ll do their best to collapse the economy and then blame Democrats for the collapse. After that, they’re going to raise taxes on the rich? I don’t think so.

Am I being too pessimistic? I hope so, but I know this much:

A political party that can’t sell the American people on increasing taxes on millionaires when unemployment stands at nearly 10 percent, with a deficit threatening to stifle the nation, is a party that couldn’t sell hand-warmers to a duck-hunting club.

It is, in other words, a pathetic excuse for a political party.