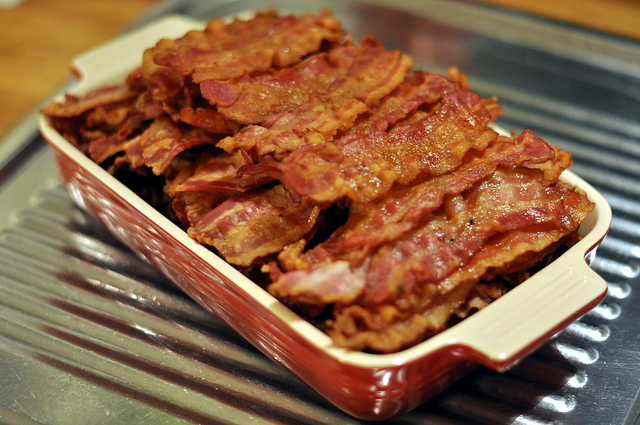 Is It Time to Put Down the Bacon?

Processed meat may cause cancer, but your personal risk is probably low.
By Jill Richardson | November 4, 2015

By now you’ve probably heard the sobering news: Red meat may cause cancer. And bacon and other popular processed meats definitely do, the World Health Organization says.

Does that mean we all need to quit eating processed meats — no pun intended — cold turkey?

For nutrition-obsessed dorks like me, this pronouncement wasn’t news: Bacon’s been suspect for decades. Yet I still occasionally eat the stuff, and I have a weakness for a particular variety of overpriced salami sold at Whole Foods. (It’s great for camping trips, because it stays good outside the fridge.)

Despite my mostly vegetarian diet, when I have bad days I head to a favorite local restaurant and order up a hot ham sandwich with melted cheese, homemade pickles, and whole grain mustard. It’s my comfort food. It always hits the spot.

From the data, my occasional indulgences aren’t as bad as smoking the occasional cigarette. As far as cancer is concerned, it’s much less risky. 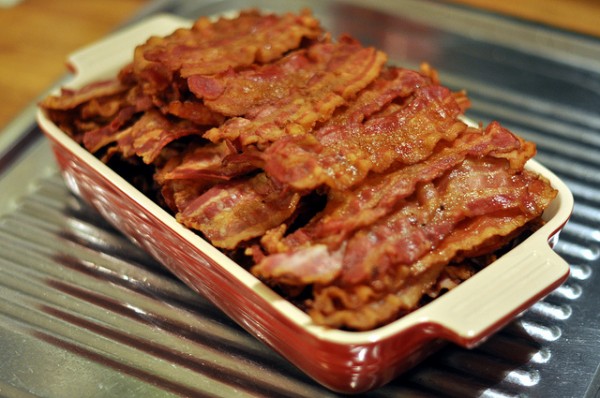 Michael Hansen, a veteran food science expert based at Consumers Union, helped me put it in perspective. When the news came out a few years back that rice has arsenic in it, he identified the obvious question: How unsafe is it?

There are two numbers researchers should look at, he explained to me. First, there’s the increased risk to each of us as an individual. Second, there’s the added number of cancer cases that will occur in society more generally.

In the case of processed meats, the World Health Organization said it increases the risk of colorectal cancer by 18 percent. For society, this is a big deal. It means an extra 24,000 cancer cases in the United States each year.

That might not be enough to convince you to put down the bacon.

To be sure, there are reasons to cut down on meat consumption. Toxins tend to travel up the food chain, accumulating in the apex predator (in this case, people). Eating low on the food chain, as a rule, is a good way to reduce your exposure to all manner of impurities.

You might also consider the terrible treatment of the animals in slaughterhouses and factory farms, the awful labor conditions of the humans who work there, or the high environmental cost of producing meat.

It’s possible to mitigate some of these factors by buying meat from a local farmer you know and trust. However, this can be expensive, so it’s not an option for everyone.

Then there’s the issue of what you’re not eating when you eat a lot of meat. Since you can only eat a certain amount of food per day, every time you put bacon in your mouth, that means you’re not eating something else. Something like vegetables.

Don’t get me wrong: Processed meats do raise your risk for cancer. But that might not mean you have to turn your diet on its head. Although if you do cut back on the stuff and make room for more fruits, veggies, legumes, and whole grains, you’re only doing yourself a favor.