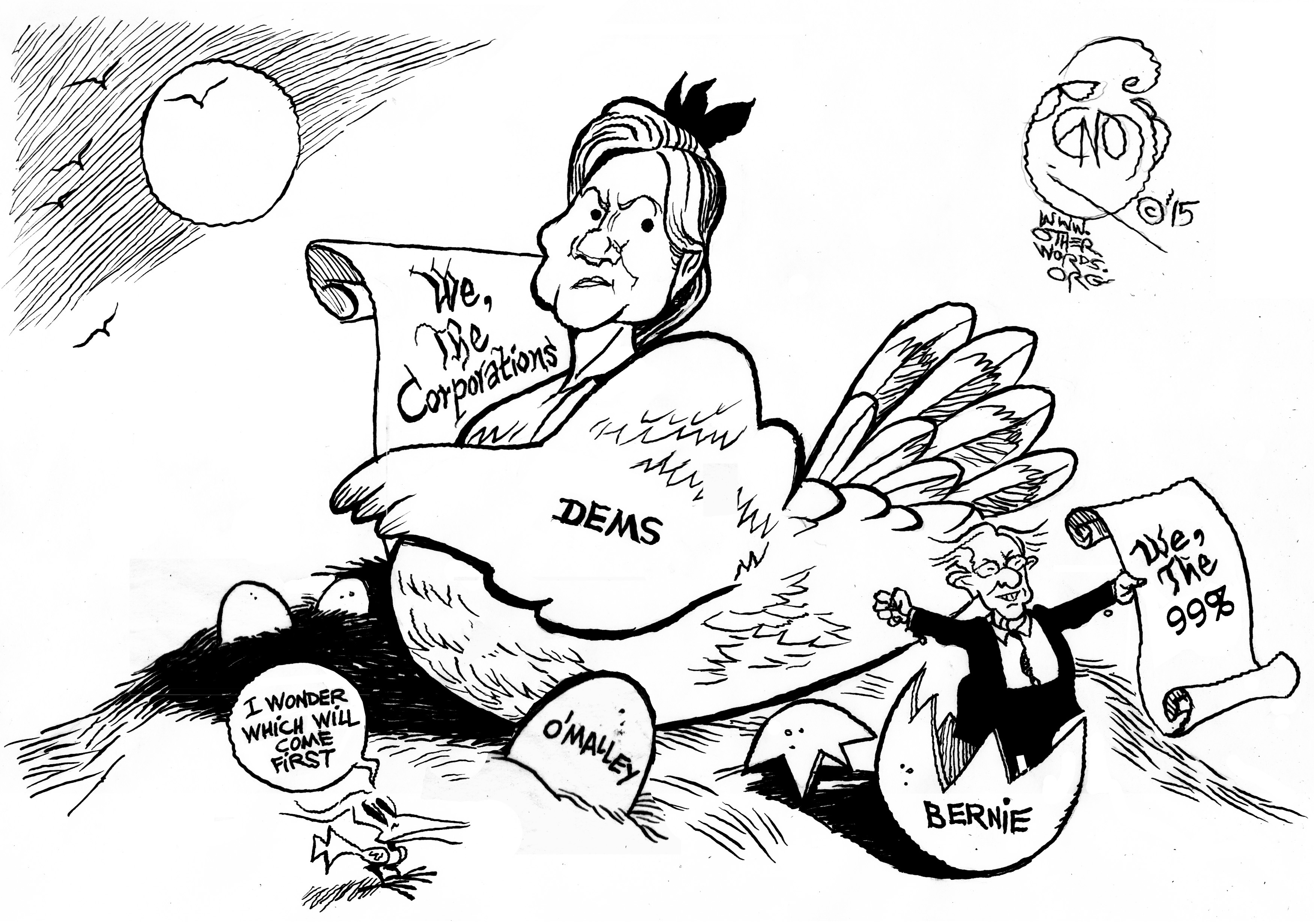 Hillary or Bernie, an OtherWords cartoon by Khalil Bendib

Is O’Malley an Environmental Champion?

Commanding the backing of only 2 percent of Democrats in national polls, Martin O’Malley isn’t exactly a big contender in his quest to become the party’s presidential nominee. But like the rest of the growing number of hopefuls, the former Maryland governor is building his campaign around a narrative.

O’Malley wants you to see him as the climate hawk. His website conspicuously boasts the candidate’s “new climate leadership,” and he’s rolled out an ambitious set of climate-friendly policy proposals.

For example, he wants to completely transition the United States to renewable energy by 2050, a half-century ahead of the Obama administration’s target. He opposes the Keystone XL pipeline and arctic drilling ventures, and he’s vowed to create a Clean Energy Jobs Corps that would retrofit buildings for energy efficiency, expand forests, and employ thousands.

O’Malley, who stepped down in January after two terms, is clearly eying the green vote. Too bad his record is inconsistently green, at best. 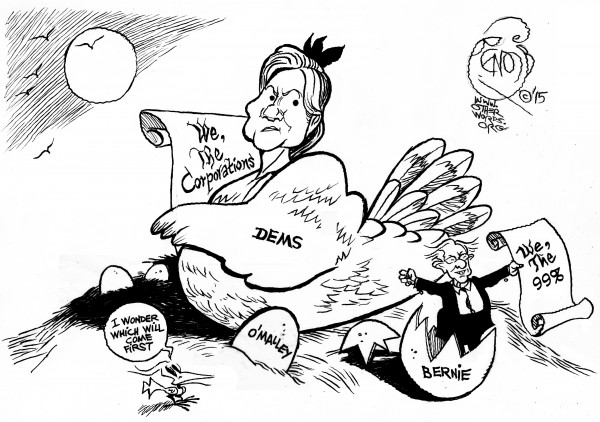 Hillary or Bernie, an OtherWords cartoon by Khalil Bendib

My home state of Maryland had plenty of environmental mishaps under O’Malley’s watch. It’s now trailing in the race toward a fossil-free future.

Maryland only ranks No. 16 on Clean Tech’s Leadership Index, which evaluates states based on their embrace of alternative sources of energy, the strength of their renewable-energy policies, and how much related research and investment happens within their borders. Maryland’s even behind New Mexico and Michigan, two GOP-led states that are home to some of the nation’s dirtiest power plants.

O’Malley also backtracked on his promise to ban fracking. In a sudden reversal at the end of his term, he claimed that the economic benefits that come with fracking are worth the risk, given strong regulations.

Not everything O’Malley spearheaded was harmful to the environment. Under his leadership, the imperiled Chesapeake Bay began to rebound, along with its blue crab populations. He also pushed legislation to promote Maryland’s offshore wind power industry.

In fact, I became an environmentalist because of the changes I witnessed in Maryland during O’Malley’s governorship. And I couldn’t agree more with his assessment that “there is no future for humankind without a livable climate.” That’s what makes his mixed record harder to swallow.

Polls indicate that voters are increasingly thinking like me. Americans no longer see the environment overall or climate change in particular as a marginal issue. That’s especially true for young people, whose votes will be key in a tight race.

Even though O’Malley is clearly a long shot for the White House, his emphasis on the environment could help shape other candidates’ platforms. But to do that, his campaign will have to glow a lot greener than his governorship.

Alissa Weinman, a recent graduate of the College of Wooster, was a Next Leaders climate policy intern at the Institute for Policy Studies in the summer of 2015.
Distributed by OtherWords.org