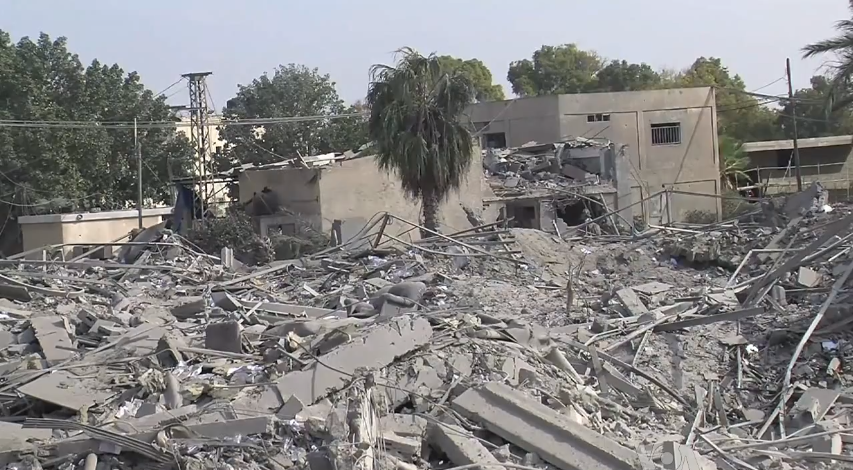 Every day Palestinians live in fear of another U.S.-funded attack by the Israeli government.
By Mike Merryman-Lotze | October 26, 2016

This fall, the U.S. agreed to provide $38 billion in military aid to Israel over the next ten years, ensuring America’s continued role in funding the occupation of Palestine. Meanwhile, my friends and colleagues here in Gaza live in fear of another significant Israeli attack in the near future.

They have every reason to fear another major escalation — violence is a daily reality in Gaza. In two recent incidents, a rocket was fired from Gaza into Israel without causing damage or injuries, and in both instances Israel responded by bombing targets throughout Gaza.

In August alone, Israel bombed more than 50 locations in the small territory.

The simple story told about these events focuses on action and reaction: Palestinians attacked Israel with a rocket and Israel responded. We hear this logic after nearly every event of this sort, but it’s woefully incomplete.

In both instances, the rockets fired weren’t fired by Hamas, but rather by small radical armed groups at odds with Hamas, which governs Gaza. These groups seek to incite Israeli attacks on Hamas with the goal of destabilizing its control over Gaza, because they see Hamas as too comfortable with the status quo. 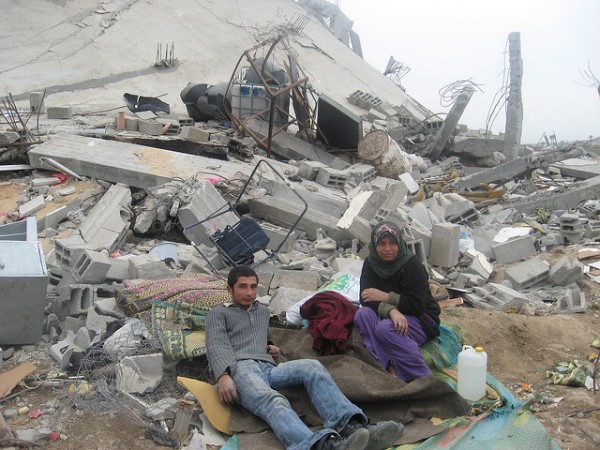 Palestinian refugees amid the wreckage of their home following the Israeli incursion of 2008-2009. (Photo: Physicians for Human Rights – Israel / Flickr)

Since seizing power in 2007, Hamas has worked to control and limit violence from the territory. Outside of periods of defined military escalation — which tend to be precipitated by Israeli attacks — they have effectively stopped attacks against Israel from Gaza.

This explains why, as noted by the Israeli press, there were only 14 rockets fired from Gaza towards Israel between January and August this year. None were fired by Hamas, so Israel’s decision to target Hamas as a response makes no sense.

Of course, 14 rockets fired from Gaza is 14 too many for those of us committed to ending all violence, and none of this should be taken as an apology for other violence perpetrated by Hamas.

But, as the United Nations Office for the Coordination of Humanitarian Affairs in the occupied Palestinian territories reports, there were also 45 Israeli military incursions into Gaza this year, resulting in 7 Palestinian deaths and, on average, injuring five Palestinians in Gaza every week.

This is the part of the story that isn’t told.

Gaza also remains under an Israeli-imposed blockade that severely limits travel, trade, and life for Gazans. Despite assurances that restrictions would be lifted in the 2014 Hamas-Israel ceasefire agreement, the blockade remains in effect.

Israel, with support from the U.S. government, claims this decades-long blockade is in place to pressure the people of Gaza to rise up against Hamas and provide security for Israelis.

If those are Israel’s raisons d’etre, then it’s a complete failure. It hasn’t stopped violence, it hasn’t weakened Hamas, and it hasn’t brought Israelis or Palestinians security.

While the blockade hasn’t succeeded in achieving the changes Israel claims to be seeking, its impact on the civilian population of Gaza has been immense.

Over two years after the end of the last large military operation there, much of Gaza remains in ruins.

Of the 100,000 Palestinians in Gaza who were displaced during the 2014 Israeli bombardment, over 65,000 remain homeless, as 70 percent of the homes seriously damaged or destroyed haven’t been rebuilt. This is largely because reconstruction materials remain blocked from entering Gaza.

This important context is too often missing as U.S. pundits and politicians consider the situation in Gaza.

Given the blockade and regular military incursions imposed by Israel, the firing of less than 2 rockets per month by Palestinians cannot be seen as the core reason for violence.

If the U.S. is serious about promoting peace between Israelis and Palestinians, preventing future violence in Gaza, and guaranteeing security, then it must recognize the violence inherent in the Israeli occupation and end the blockade.

The next attack on Gaza, feared by my friends who live there, is an inevitable reality if nothing changes.

Mike Merryman-Lotze has worked with the American Friends Service Committee as the Palestine-Israel Program Director since 2010. Distributed by OtherWords.org.