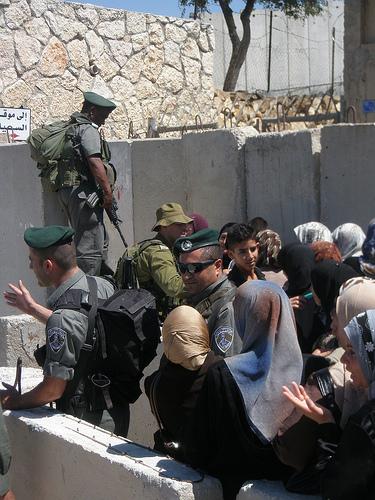 I don’t write much about the conflict between Israelis and Palestinians.

Mainly, I think, it’s because writing about the Palestinians and Israelis is an exercise without profit. There’s no way to try to take a reasonable stand on the issues involved and escape vilification.

You’re either branded as a stooge for “the Israel lobby” or you’re Adolph Hitler. There’s no middle ground.

A while back I made the mistake of suggesting that Israel’s settlement policy was inching them closer to becoming “the creature of their nightmares.”

I suppose I was guilty of fancy writing — I really liked that phrase — but from the mail I got you would have thought I’d suggested we go out and break the windows of Jewish shopkeepers.

I don’t remember all the names I was called but surely neo-Nazi was one of them, and I was grateful for the “neo-.”

Let me be clear about this: I am not a Nazi, neo or otherwise. I am a pro-Semite, a supporter of Israel if not always of its policies. I don’t know why people have such a hard time understanding that. After all, I’m a loyal American and half the time I disagree with what this country does.

So I approached President Barack Obama’s recent speech on Middle-Eastern politics with sympathy. In it, he suggested that Israel accept the pre-1967 borders — basically, the ones negotiated in 1949 — as a basis for restarting negotiations with Palestinians.

Many who know what they’re talking about in this field think that’s a no-brainer, that any “two-state solution” will have to begin with adjusted pre-1967 borders.

But remember what I said about trying to be reasonable about this subject? It doesn’t work. Benjamin Netanyahu, Israel’s prime minister, dismissed the suggestion as “peace based on illusions.” Many of his colleagues were similarly enraged, and Newt Gingrich said it was the worst speech in the history of the world and the end of civilization as we know it. (He says that about something every third day.) No level heads here.

And never mind that Obama also said that Hamas would have to abandon its implacable hatred of Israel before negotiations could go ahead.

“How can one negotiate with a party that has shown itself unwilling to recognize your right to exist?” the president asked. “In the weeks and months to come Palestinian leaders will have to provide a credible answer to that question.”

To which one can only say: “Good luck with that, Chief.”

The real problem is that both adversaries are convinced, with considerable justification, that the conflict between them is existential and that to give ground is to take the first step toward annihilation. It’s hard to compromise issues like that.

To the people who still think I’m accusing Israelis of becoming Nazis, let me again deny it.

They’re not Nazis and they’re not going to be. They’re more like the settlers of America. They came onto this continent, faced with people of a different culture. They killed their warriors, appropriated their land, and fenced them off in unpromising areas that no one else wanted. That’s basically what the Israelis are trying to do with the Palestinians.

It worked out OK for the settlers, I guess, though not for Native Americans. But times change. I’m not sure it will work out as well for Israel.