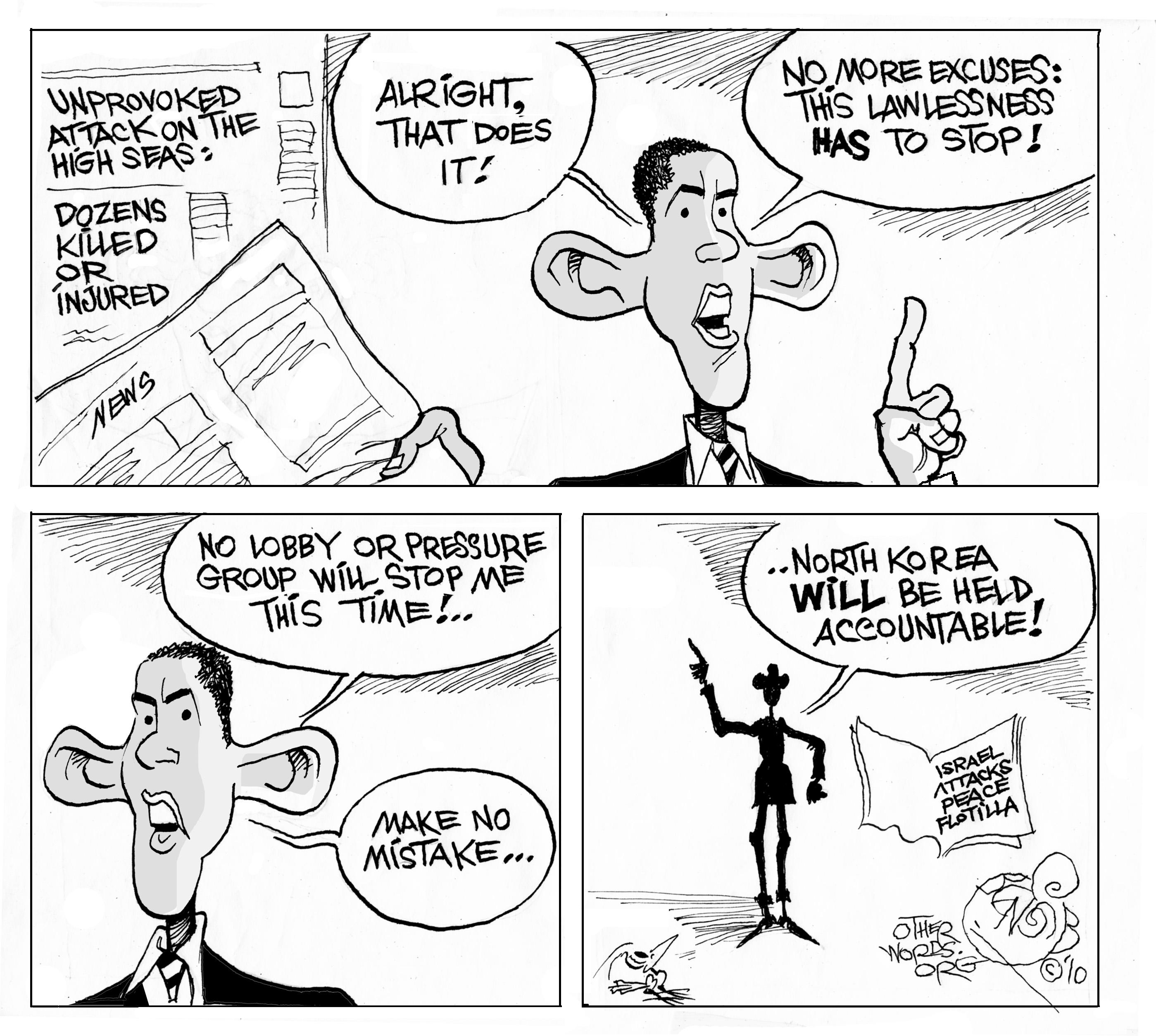 Israel’s Flotilla Massacre: Made in the USA

Maybe the Obama administration will use this moment to show us a real "change we can believe in" for Middle East policy.
By Phyllis Bennis | June 7, 2010

(ISTANBUL)–When Israeli commandoes launched their pirate-style assault on the unarmed flotilla of ships carrying hundreds of humanitarian aid workers and 10,000 tons of supplies for the besieged Gaza Strip, killing at least nine activists and injuring scores more, part of the operation was labeled “Made in the USA.”

Decades of uncritical U.S. support—including, most recently, the Bush-initiated and Obama-implemented commitment of $30 billion of U.S. tax money in military aid to Israel over a decade–has ensured that Israel’s military power (nuclear and conventional) remains unchallengeable. A U.S. pattern of using UN Security Council vetoes to protect Israel from accountability for its crimes has ensured that Israel can do whatever it likes with those U.S.-provided weapons, regardless of which U.S. domestic or international laws may be broken. So U.S. complicity in the recent massacre at sea is beyond question. 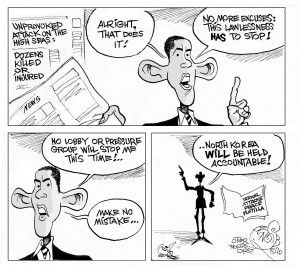 Israel has long relied on the numerous U.S.-made and U.S.-financed Apache and Blackhawk war helicopters in its arsenal. It’s a good bet those were in use in the May 31 assault in international waters. Yet, use of U.S.-provided weapons–even to Israel–is severely limited by our own laws. The Arms Export Control Act (AECA) prohibits any recipient from using U.S. weapons except under very narrow circumstances–for security within its own borders, or for direct self-defense. And no amount of Israeli spin can make us believe that an attack by heavily armed commandos, jumping onto the decks of an unarmed civilian ship in international waters has anything to do with self-defense. (Especially for a flotilla whose leaders made sure to have every boat, passenger and package inspected by European port authorities before they set sail for Gaza to prove there were no weapons on board.)

So if this was not about self-defense, what was it about? Israel has apparently decided that it’s better to be perceived as savage than as weak. Here in Turkey, home to most of the dead and injured among the international activists, 10,000 people marched from the Israeli consulate to Istanbul’s main square, while thousands more took to the streets in Ankara, demanding international accountability and immediate action to end Israel’s U.S.-backed blockade of Gaza.

Pressured by the U.S. refusal to allow its ally to face the global outrage, the UN Security Council failed to condemn the Israeli attack. Instead, the Council issued a presidential statement (which doesn’t carry the force of law) condemning “those acts” resulting in deaths, without identifying Israeli responsibility. The Council decision was another indication that so far, the Obama administration remains more committed to protecting Israel from being held accountable for its war crimes than it is committed to international law, human rights and the principle of accountability.

In the first 24 hours after the raid on the Gaza-bound ship, the Obama administration limited itself to expressions of concern and regret for the loss of life, and a polite request to Israel for “clarifications.” But maybe this will mark the beginning of a shift in U.S. policy.

Maybe the Obama administration will use this moment to show us a real “change we can believe in” for Middle East policy. Maybe, if the White House hears from enough of us, Washington just might tell Israel that we would rather keep that $30 billion here at home, creating 600,000 new jobs, instead of supporting a foreign military force apparently proud of killing humanitarian workers trying to break an illegal blockade to bring wheelchairs, construction materials, and children’s toys to a besieged population. Maybe, just maybe, our government will join the rest of the world in demanding that Israeli leaders be held accountable for their murderous assault.

Maybe something positive could can emerge from so much blood.

Phyllis Bennis is a fellow of the Institute for Policy Studies. Her books include Understanding the Palestinian-Israeli Conflict: A Primer. Bennis was in Istanbul for a United Nations conference on Palestine. www.ips-dc.org