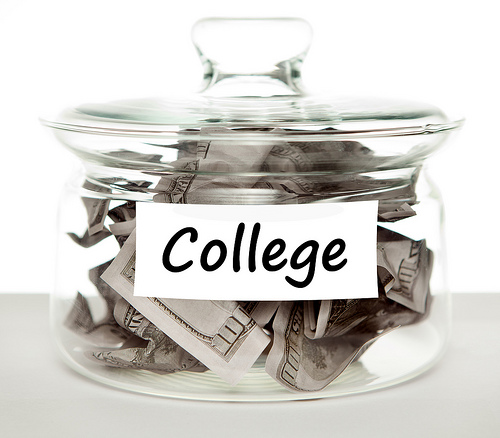 It Takes a Mentor

As high school seniors start to churn out their college applications, elite campuses are trying to catch the attention of high-achieving and gifted low-income students around the country.

It may be hard to believe, but schools like Harvard University and Amherst College are opening their doors to more highly qualified high school students who grew up facing economic hardship yet can thrive in their campuses. Given the record sizes of the endowments supporting the most selective schools, these full rides won’t bust their budgets.

At $1.8 billion, for example, Amherst’s endowment amounts to about $1 million per student.

This means Harvard can turn out to be more affordable than your own state school. But the path from a poor neighborhood to an elite college, as Richard Pérez-Peña recently wrote in The New York Times, is almost impossible to travel without the support of teachers or mentors who know how to guide students through the process.

I’ve been there and I couldn’t agree more.

Many of my friends in the Albuquerque, New Mexico neighborhood where I grew up got pregnant by the time they hit 10th grade. Around two out of three of the students I grew up with dropped out of high school and at most 10 percent got a college degree. The rates are even lower when you account for race, class, immigration status, and gender.

It took Alan Marks, a seasoned educator and Stanford University graduate who has dedicated his career to helping students in my community attend college and mentoring them, to introduce me to my potential.

Marks encouraged me to take demanding college classes while I was still in high school and to participate in extra-curricular activities I felt passionate about. He recommended summer courses, invited me on trips to visit campuses, helped me study for standardized tests, and told me that I should consider applying to the top schools in the nation.

By senior year I had a 4.4 GPA, five college-level courses under my belt, and an idea of the schools I wanted to apply to. But even with his guidance, I found the application process daunting.

The first time I looked at the tuition pages for the top-ranked schools, I balked. It cost upward of $55,000 a year to attend them, a price tag my mom, a domestic worker, and dad, an auto body worker, could never afford to pay.

“Their financial aid packages are generous,” my mentor assured me. You won’t have to worry.”

His encouragement and unyielding support led me to four years at Amherst College for which I paid less than $10,000. The total was less than what I would have paid to attend one of New Mexico’s public universities for one year.

And the $10,000 paid for much more than four years of college classes.

Amherst’s comprehensive financial aid package paid for my tuition, fees, room and board, two round-trip flights a year, health insurance, personal expenses, and research opportunities. All I had to worry about was a minimal student contribution. I paid for that with a mix of outside scholarships, summer jobs, and negligible student loans.

Amherst, however, is one of very few schools willing to do what it takes to boost its economic diversity. Thanks, in part, to the commitment of its former president Anthony W. Marx to attract students from all walks of life, at least 20 percent of its students come from working class and poor households. Harvard, Vassar, Smith, and Pomona also enroll more low-income students than other competitive schools.

But it’s not enough for these top colleges to offer generous financial aid packages to low-income students with great grades.

More educators and mentors who work with economically challenged yet high-achieving students need to encourage and help those kids consider applying to and attending those schools. And qualified, low-income students need to know that earning a degree from a top-notch school could turn out to be within their reach.

So, as I ask high school seniors who can relate to my story, what are you waiting for? Apply to your dream Ivy League universities.

There’s nothing to lose except a great opportunity.

Diana Anahi Torres is the New Mexico Fellow at the Institute for Policy Studies in Washington, DC. IPS-dc.orgDistributed via OtherWords (OtherWords.org)