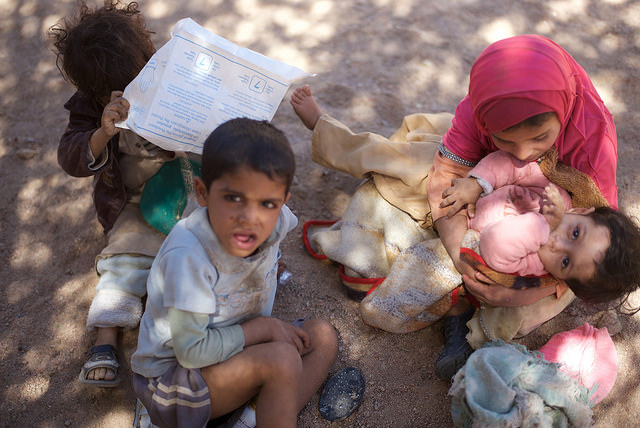 It’s on Us to Stop the War in Yemen

American taxpayers are helping to fight someone else’s war in Yemen, and the blood is on our hands.
By Olivia Alperstein | April 4, 2018

We’re helping fight someone else’s war in Yemen — and the blood is on our hands.

Since March 2015, the United States has supported a military coalition led by Saudi Arabia and the United Arab Emirates (UAE) that’s intervening in a civil war in Yemen. The war has resulted in massive civilian casualties and the worst humanitarian crisis in the world.

The war has killed more than 10,000 Yemenis and wounded more than 40,000, the majority of them civilians. Over 3 million Yemenis are displaced, millions more have contracted cholera, and some 14 million are at risk right now of starving to death.

American weapons — including American bombs — are helping to wage the war in Yemen. Saudi Arabia is a close U.S. ally in the Middle East, so many American lawmakers have turned a blind eye to American involvement in this humanitarian crisis of epic proportions.

“This war has created refugees, orphans, and widows,” said Senator Bernie Sanders as he took the Senate floor recently to call for an end to U.S. support for a war most Americans know nothing about. 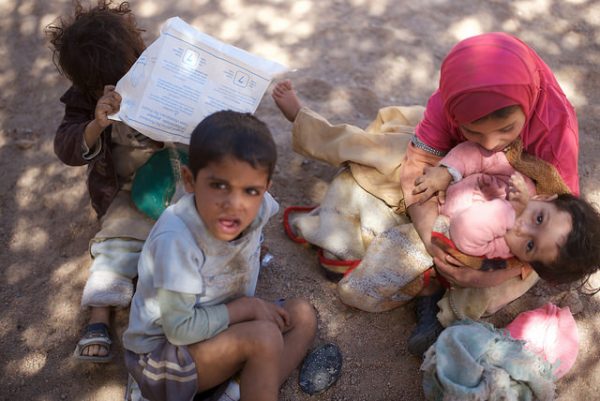 Sanders, an independent, and Senator Mike Lee, a Republican, recently co-authored a bipartisan resolution to pull the U.S. out of this three-year-old war. Unfortunately, that resolution failed in the Senate, despite significant support from outside organizations and in the House of Representatives.

This isn’t the country Yemenis know and love. Yemenis and Yemeni Americans like Mokhtar Alkhanshali, a coffee merchant known the Monk of Mokha, have shared haunting stories of their lives in Yemen and the country they remember — and the war that’s taken so much from them.

We’ve been here before. The United States has given foreign allies supplies, funding, and weapons that have supported human rights atrocities around the world.

We’re helping our allies in Saudi Arabia and the UAE create the most horrific humanitarian crisis on earth. And when innocent Yemenis flee, they face the prospect of being barred from the United States, where the Trump administration is still trying to enforce its travel ban against Yemen and other Muslim countries.

It’s time to end our participation in this carnage. The United States supplies a significant portion of the money, intelligence, weapons, and logistical support that fuels the Saudi-led bombing campaign. If we withdraw that support, we could potentially force our allies to abandon the war entirely.

As taxpayers, we’re complicit if we stay silent. Our lawmakers have the power to end this humanitarian crisis, and they must act before it’s too late.

For too many people, it already is.