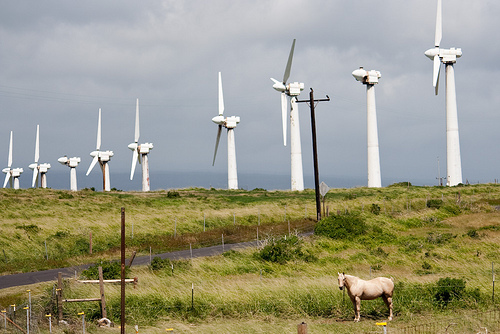 President Obama has the power to make the transformation to a clean-energy economy.
By Michael Brune | February 13, 2013

As President Barack Obama’s second term gets underway, Americans are expecting big actions from him — especially on climate disruption and clean energy. The decision to block the Keystone XL tar sands oil pipeline should be the cornerstone of his positive, solutions-oriented climate legacy.

Tar sands oil is the most toxic fossil fuel on the planet. It leaves in its wake scarred landscapes and a web of pipelines and polluting refineries all the while delaying our transition to a clean energy economy. In addition, tar sands oil production produces three times the climate-disrupting pollution of conventional oil.

Building the 1,700-mile Keystone XL pipeline would destroy the property of farmers and ranchers across the American heartland and put rivers, streams, and underground aquifers that millions of American depend on for drinking water at severe risk of toxic spills.

The time for serious climate action is now. We need Obama to passionately and eloquently show the American people that solving the climate crisis is not a burden, but an incredible opportunity.

This is a fight for something better. We’re on the cusp of a clean energy revolution that will transform our nation, slash carbon pollution, and turn this climate disaster around. We need Obama to commit to this fight with all the ambition and determination he can bring. 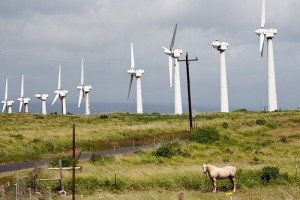 The clean energy technologies we need to reverse climate disruption already exist. They’re affordable, competitive, and ready for primetime. Already, we’ve doubled our wind power to 60 gigawatts in less than four years — enough to power nearly 15 million homes. Plus, we generate five times more solar power than we did just a few years ago. Renewable energy can power America. And it can do it without climate-polluting gases.

Here’s how Obama can make that happen:

First, he must follow through and build on one of the biggest accomplishments of his first term: Holding polluters accountable for their costs to our health, economy, and climate. That means directing the Environmental Protection Agency to finish cleaning up power plant pollution.

Second, Obama needs to reject energy sources that would condemn future generations to the effects of runaway climate disruption. There’s no excuse for blasting the mountains of Appalachia for coal, drilling in our Arctic wilderness, building export terminals to ship coal and natural gas overseas, or continuing to allow under-regulated and environmentally devastating fracking for gas and oil.

Fourth, Obama must do all he can to help preserve the hard-won momentum from his first term for renewable energy and energy efficiency. He should start by promoting innovative financing and investment that makes it easier for individuals and businesses to install clean energy and adopt energy-efficiency measures.

Finally, we must recognize that the effects of climate disruption are already present in the form of droughts, deadly heat waves, wildfires, and powerful storms. We need to protect communities from these disasters as much as we can beforehand and plan a robust and just response when disaster does strike.

We need Obama to inspire a nationwide groundswell for clean energy, energy efficiency, and a 21st century economy. He must harness every iota of his political skill to forge bipartisan solutions to curbing carbon pollution, and to call out those who persist in trying to hold us back.

When he talks about the destructive power of a warming planet, no one has to wonder what that destruction looks like. We’ve seen it — from the hurricane-ravaged Northeast to the drought-stricken Midwest to the fire-scarred West. It’s all too real.

Michael Brune is the executive director of the Sierra Club, the largest grassroots environmental organization in the United States. www.sierraclub.org
Distributed via OtherWords (OtherWords.org)