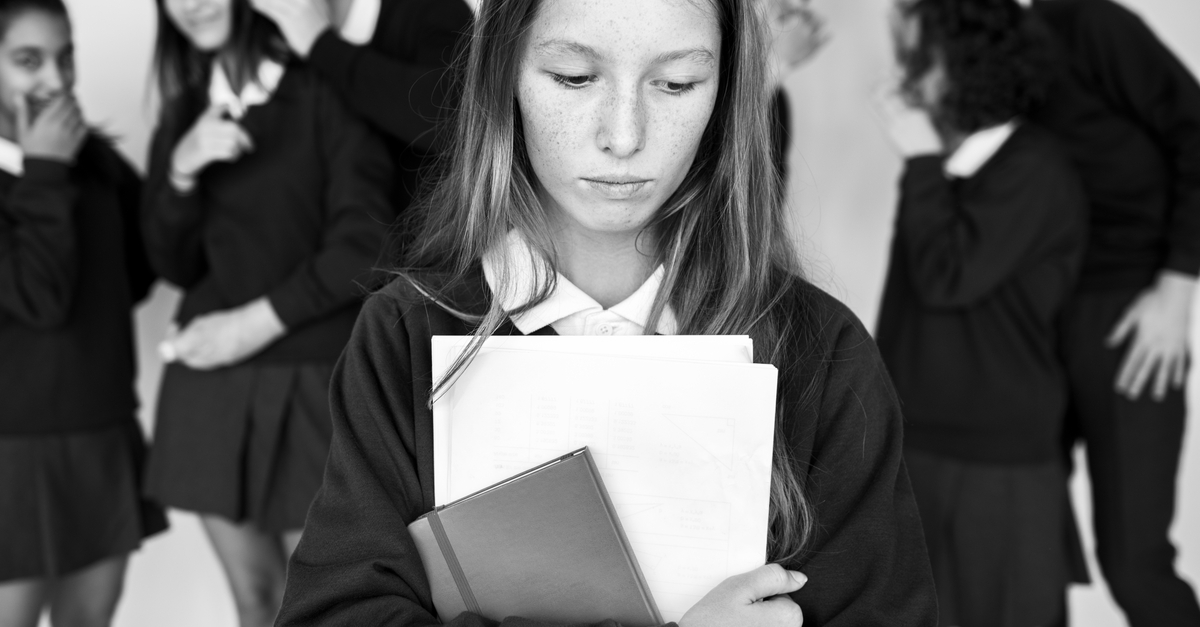 It’s Up to Grown-ups to Stop Bullying, Not Kids

I hold the adults who did nothing far more responsible than the seven- and eight-year-olds who bullied me.
By Jill Richardson | April 11, 2018

Bullying’s been in the news a bit lately, in part because of the Parkland shooting.

In response, some people suggested that school children themselves should befriend kids who get bullied to prevent school shootings. Others say this is victim-blaming.

I’m not thinking about it too much as a national issue, however. It came up in my life in a more personal way. I suffer from the lasting impacts of childhood trauma, mostly anxiety and migraines.

This past week, I realized that the school bullying I’d experienced must have made a far deeper impact on me than I’d thought. It happened between about first and third grade, and again in junior high. I’ve spent most of my life trying to just bury those memories and not think about them.

Deep down, bullying made me feel like there’s something wrong with me, and if I got too close to another person, they’d discover it and reject me. It’s made me feel mistrustful, and powerless.

My parents comforted me — and sometimes scolded me for being an easy target — but they rarely took action to stop the bullying. Finally, in eighth grade, they asked the school to keep a particularly nasty boy out of my class. 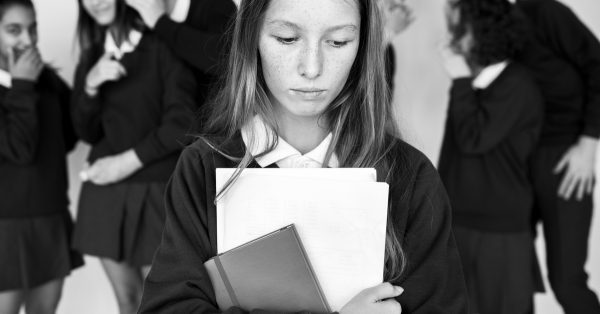 The bullying went on under several adults’ noses: my teachers, soccer coaches, and Girl Scout leaders. The adults didn’t intervene.

Some of this took place in relatively unsupervised spaces, like when we walked to school or played outside. But so much of the bullying happened in the classroom.

Why didn’t the teachers ever do something? I hold the adults who watched and did nothing far more responsible than the seven and eight year olds who perpetrated it.

This week, I decided to change my own narrative. I reached out to people I was friends with as a child. Most aren’t my close friends as adults, but they grew up to be good people. I asked them, what do they remember?

Back then, I felt like everyone in our grade heard what the bullies said about me and they believed it. I thought as soon as anyone heard the awful truth about me, they wouldn’t be my friends. Like a cancer metastasizing through the school and resulting in an inevitable social death for me.

Instead, the people I went to school with told me that they got bullied too. I had no idea.

They have no memory of people picking on me. They remember getting picked on themselves. Each of us was in our own private hell, entirely oblivious that everyone else was in their own private hell.

One person told me she felt like a huge dork, and she thought I was cool and wanted to be my friend.

Oh. Really? Because I definitely thought it was the other way around, and she was the cool one.

Talking about painful elementary school experiences with old friends has been eye-opening and healing. I thought I was the freak, the reject, but it turns out I was just one kid among many, all getting picked on.

Where were the adults? Why weren’t the teachers intervening? So much less bullying would have happened if only our teachers didn’t stand for it.

Why didn’t our parents contact the school? Or call the parents of the kids who did the bullying? It seems everyone just took it for granted that little kids were going to pick on one another, and they let us get on with it.

Kids are going to be kids. That’s why they’re under adult supervision. It’s the adults’ jobs to stop bullying.