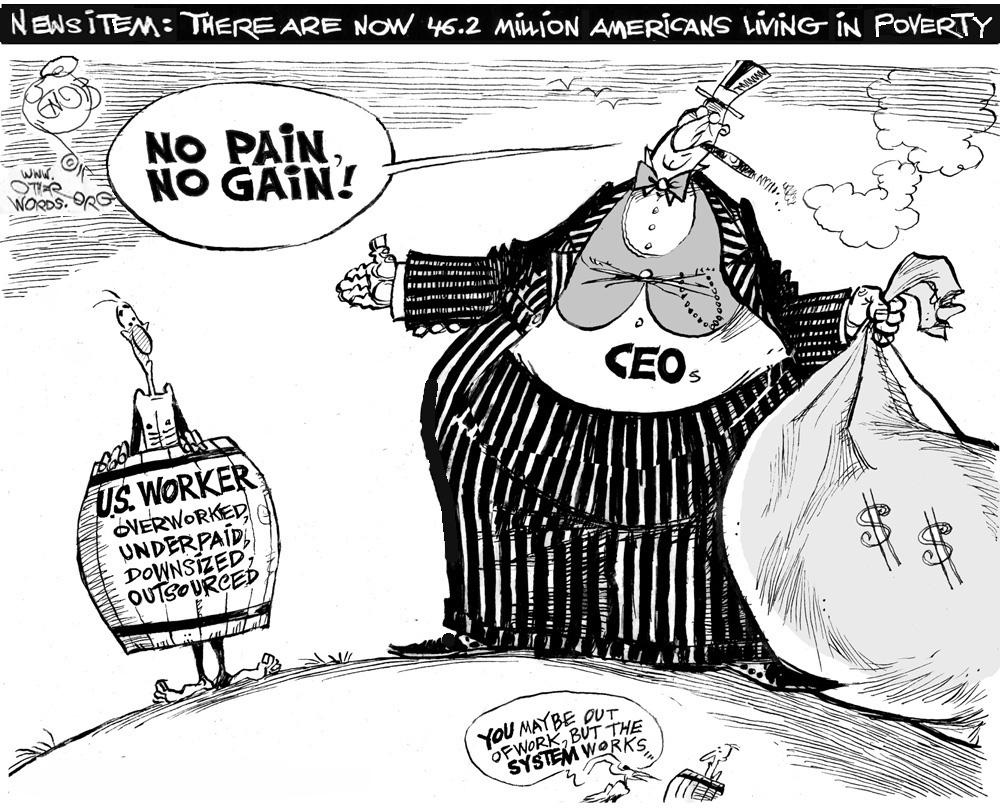 Republicans are accusing President Obama of waging class warfare, which is a little like the Japanese complaining about the time Pearl Harbor attacked them in 1941.

Still, that’s the Republican Party’s role in life. It’s the defender of the rich and powerful and a friend to those who can afford them. It’s a dirty job but someone’s got to do it, and George Will can’t be everywhere at once. 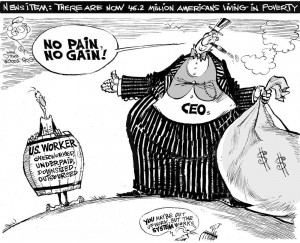 The Republican outburst on “class warfare” was prompted by Obama’s new, improved economic plan in which he proposed cutting government spending, trimming entitlement programs, and…if you’re a conservative with a weak heart you might want to stop reading right now…collecting more taxes from rich people.

The president went so far as to suggest a minimum tax on the incomes of those who make a million dollars a year or more.

“It is wrong that in the United States of America a teacher or a nurse or a construction worker who earns $50,000 should pay higher tax rates than somebody pulling in $50 million,” he said.

“It’s hard to argue against that.”

Unless you’re a Republican politician, of course. Speaker of the House John Boehner had no trouble saying:

“Tax increases destroy jobs.” (That is the political equivalent of a parrot saying “Polly want a cracker.”)

The Republican attack on class-war mongering was particularly ill-timed. Just days later the Census Bureau reported that there are now 46.2 million Americans living in poverty, the most recorded in the 52 years that it’s been collecting poverty information. That amounts to about 15 percent of the population. If you just count kids, the percentage swells to 22.

It gets worse. Nearly half of the poor have fallen into “deep poverty,” a condition described as living on half of what qualifies as poverty, such as an income of about $11,000 for a family of four.

And the Republican answer for this is to cut social services so that the filthy rich can keep throwing big parties?

We’re fighting a class war all right, and the rich guys are winning — in a rout. Republican politicians as well as too many Democrats serve as their foot soldiers, with a majority of the Supreme Court their consigliore.

The rich that the Republicans worry so much about are doing very well, thank you very much. The top 1 percent of income earners (average income: $1.3 million a year) make over 20 percent of the total income of the nation. Their haul is greater than the combined paychecks of the bottom 40 percent of wage earners.

That 20 percent figure was for 2007, which was the biggest share of the economy the top 1 percent had claimed since 1928. Perhaps you remember what happened in 1929? Pretty much the same thing that happened in 2008.

It was not always thus. In the mid-1970s the richest 1 percent had to make do with only 9 percent of the nation’s income. The last 30 years have been a relentless attack by the rich on that kind of income balance.

A few people earning most of the money isn’t a good thing for a nation or an economy.

Nor is there is evidence that cutting taxes on the rich produces jobs or better times. Some of our most prosperous times have coincided with high, progressive tax rates. The Bush-era tax cuts, on the other hand, failed to produce the robust job growth promised, fueled our deficit problems, and set the table for the Great Recession.

If they succeed and we give them the keys to the family sedan, we’ll spend 10 years climbing out of the ensuing crash.

But the top 1-percenters will be just fine. They always are.