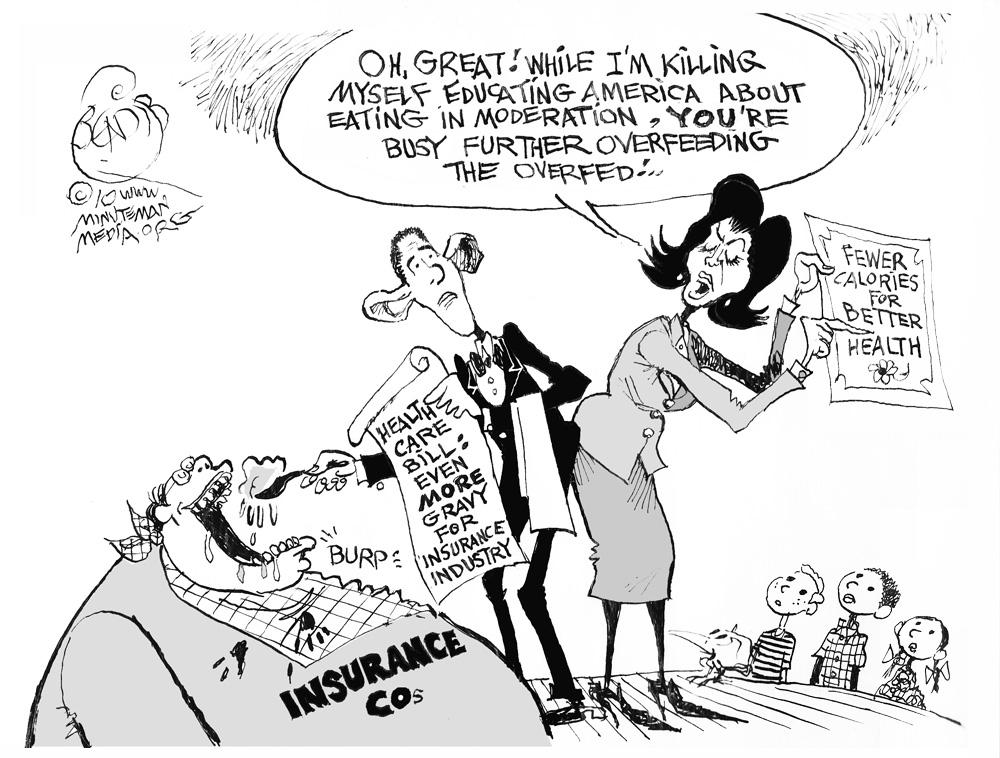 As many as 80 percent of overweight children may experience a lifetime of increased health risks.
By Marian Wright Edelman | April 5, 2010

When First Lady Michelle Obama decided to launch the “Let’s Move” campaign to fight childhood obesity, she brought much-needed attention to a crisis millions of children face. It’s a special concern for children of color, because new research shows black and Latino kids are disproportionally at risk.

But children of color are far from the only ones in danger. Experts estimate that one-third of American children are currently overweight or obese, and these rates have tripled among children ages 12 to 19 since 1980. Some adults may see heavy kids as healthy eaters, or think that for children, extra weight is mainly just a cosmetic issue. But serious risks for overweight children go far beyond appearance. 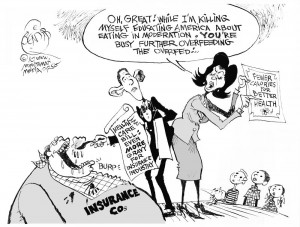 Diseases once associated only with adults, like Type 2 diabetes, high cholesterol, and high blood pressure, are rising at younger and younger ages. Overweight children are at greatly increased risk of being overweight adults. For many kids, this may be more than just a “chubby” phase they’ll outgrow some day. As many as 80 percent of overweight children may experience a lifetime of increased health risks that come with being overweight.

The most pressing risk, cardiovascular disease, remains the leading killer in America. If childhood obesity trends continue, experts predict the lifespan of the average child in America could decline by up to five years–making this the first generation to have a shorter life expectancy than their parents.

Our country already spends $150 billion a year treating obesity-related diseases–nearly 10 percent of all medical spending. Many experts label the current level of childhood obesity an epidemic that threatens our future national health, productivity, and security. Something must be done to stop and reverse this trend.

Childhood obesity is on the rise for many reasons. American children have been immersed in the same “supersized” culture that snares adults, surrounded by high-calorie, high-fat food that’s plentiful, cheap, and often served in unrealistically big portions. And today’s children and teenagers are much less likely than past generations to spend free time running around outdoors, and much more likely to spend it on the couch watching TV, playing video games, or surfing the Web, often with snacks and sodas right next to them. Very few children get the 60 minutes of moderate physical activity the Surgeon General recommends kids have most days of the week.

Even schools have become part of the problem. Many districts have cut back on gym time and recess, often as a tradeoff for more instructional time to prepare for state testing. The quality of school meals and easy availability of snacks and sugary drinks in many school vending machines were some of the first targets in the war on child obesity, and there’s been progress. Some major school food suppliers are making improvements in response to Mrs. Obama’s campaign. Advocates for better nutrition hope that as more people become aware of the risks to children’s health, more industries, schools, restaurants, and communities will make a big difference for America’s children.

As these kinds of changes occur in a range of child environments, the first lady and others stress the biggest influence in children’s eating habits will come from home. It has been parents who have told their children to eat their vegetables or go outside and get some fresh air. Michelle Obama has shared some of the simple changes she and the president have made in their own family’s lifestyle, including watching portion sizes, packing more fruits and water in their daughters’ lunches, limiting TV time, and famously, starting a vegetable garden at home.

We know our beautiful children come in all shapes and sizes. But by being aware of the serious health risks many overweight children face, and of the long-term value of a balanced diet and regular exercise, we can help make sure all our children grow up to be as healthy as possible. Making healthy food and exercise part of family life is the right place to start, and will be good for many adults too. Teaching good habits to children early can have lifelong consequences, and someday our children–and grandchildren–will thank us.