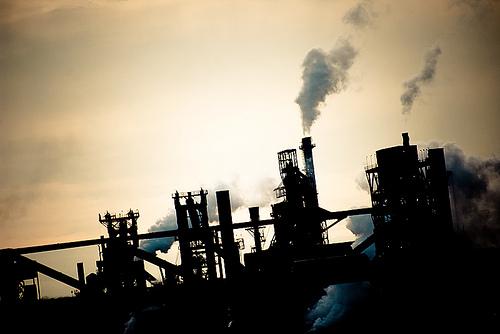 Jobs or the Environment?

I know what it’s like to depend upon coal to feed a family.

Many years ago, I worked at an Ohio steel mill. My job was at the coke plant where West Virginia coal was turned into coking coal for the blast furnace. The top of the coke ovens was an area the size of a football field where monstrous machines funneled coal into the ovens.

It was my job to put the heavy oven lids back on nice and tight. It was literally as hot as hell up there. It felt like walking barefoot on hot coals. The air we breathed was truly foul but to us it was the sweet smell of something like success.

We called it the smell of money because it paid the bills. 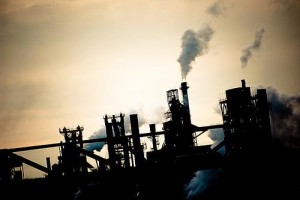 Big railroad cars full of coking coal arrived at the blast furnace every two or three hours. In the winter it would get as cold as twenty below zero and the coal would freeze solid into one huge mass. The company said that under no circumstances were we to climb into the open-top railroad cars to break up the coal. But the company also made it clear we better hurry up and get that coal offloaded.

So in we went, carrying big torches to heat the coal and pry bars to break it up. We prayed that it wouldn’t loosen all at once, given the danger that we might go down the chute with it. Many times on a cold winter night I had to gaze at my sleeping babies to motivate myself to leave for work on a midnight shift.

There was a small group of environmentalists in town who were hollering about the pollution from the steel mills. I got their point. But since they didn’t even give lip service to our need to feed our families, I dismissed them. In fact, I hated them and feared the changes they might be able to bring about. Jobs or the environment? That’s an easy choice. Jobs are more important.

Eventually, I was permanently downsized from the mill. The loss of my job caused severe dislocation for my family. It also made me see things in a new light. Facts and events that had once gone in one ear and out the other suddenly registered. Global warming. Poisoned rivers and oceans. Black lung disease. Hurricane Katrina. Oil spills. Coal-fired power plants spewing acid and deadly metals into our air.

Slowly and not always surely, I began to realize that the environmentalists I had once rejected as extremists were correct when they said that fossil fuels are destroying the earth. Coal and oil aren’t just causing some problems we can learn to live with in pursuit of economic survival. They are going to make it impossible for humans to live on this planet.

Jobs or the environment? Posing the question that way eliminates any chance of coming up with answers. It ignores the people who live at ground zero of the debate. I know first-hand what goes through the minds of coal miners as they sit at the kitchen table facing a pile of bills. “Yes, I know what some people say. They may even be right. But just give me one more month on this job so I can pay the rent, along with the electric and the credit card bills.”

Jobs or the environment? Soon it will be too late and we’ll have neither. Unless we come together under the banner of both.

Lee Ballinger is the West Coast Editor of Rock & Rap Confidential and the author of Lynyrd Skynyrd: An Oral History. He can be reached at rockrap@aol.com.
Distributed via OtherWords (OtherWords.org)