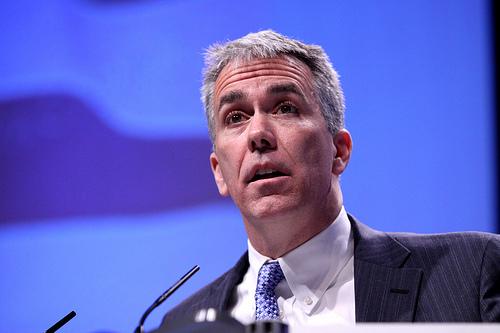 It's not easy to disrespect the disabled and the military in the same breath.
By Katie Halper | September 17, 2012

When you hear the name Joe Walsh, you may think of the Eagles guitarist. But Joe Walsh is also the name of a tea-partying Republican lawmaker from Illinois. That Joe Walsh has released several of his own hits — really, really offensive hits.

Most recently, the congressman attacked law school grad and women’s reproductive rights advocate Sandra Fluke (although by the time you read this, he may have produced another hit). But what makes Walsh great is his range. He doesn’t limit himself to attacking any one group, but rather slams African Americans, veterans, the disabled, Muslims, and even his own constituents. The incumbent House member’s fluid bigotry crosses genres, genders, races, and ages. Here are some of Rep. Joe Walsh’s not-so-rocking greatest hits:

At a campaign event for his re-election, Walsh released his latest hit, Get a Job, Sandra Fluke. It begins with, “Think about this, a 31-32 year old law student who has been a student for life, who gets up there in front of a national audience and tells the American people, ‘I want America to pay for my contraceptives’…You’re kidding me. Go get a job. Go get a job Sandra Fluke.” Walsh’s vitriol comes as no surprise, since he defended Todd “legitimate rape” Akin: “I’m bothered by this rush to pile on…And I’m bothered by the silence of members of our own party to stand up for him.”

In April, at a town hall in Wheeling, Illinois, Walsh came out with Idiotic Obama Wouldn’t Be President if He Weren’t Black: “He’s our first African-American president. The country voted for him because of that… it helped that John McCain was about 142 years old…But he never would have gotten there without his historic nature.” Walsh also told Slate’s David Weigel, “Why was he elected? He was black.” Joe also told the “idiotic” president to “quit lying.” 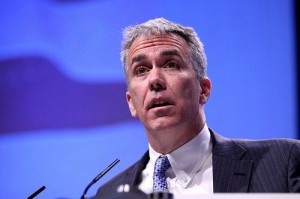 It’s not easy to disrespect the disabled and the military in the same breath. And yet, Joe managed to rise to the challenge in his recent classic, Shut Up, You Disabled Veteran. In an interview with Politico, Walsh dismissed the fact that congressional contender Tammy Duckworth lost two legs in Iraq. Here’s that news outlet’s account of what he said:

“‘I have so much respect for what she did in the fact that she sacrificed her body for this country,’ said Walsh, simultaneously lowering his voice as he leaned forward before pausing for dramatic effect. ‘Ehhh. Now let’s move on. What else has she done? Female, wounded veteran…Ehhh.'”

More recently he suggested Duckworth wasn’t a true hero: “Now I’m running against a woman who, I mean, my God — that’s all she talks about. Our true heroes, the men and women who served us, that’s the last thing in the world they talk about.”

It also takes a special kind of artist to insult both Jews and Palestinians. But Joe Walsh accomplishes that with his release of Wake up Jews, Stop Complaining Palestinians. “Too many American Jews aren’t as pro-Israel as they should be and too many share this belief that the Palestinians are victims of Israeli occupation,” the Catholic Congressman said. “Nothing could be further from the truth.” Not only are the Palestinians not victims, they have it great, according to Walsh: “The Arabs living in that land right now under Israeli control have a better quality of life. They’re freer, more prosperous than in any other Arab country.”

In his hit, I’m a Deadbeat Dad, but I’m Gonna Tell You how to Raise Your Kids, Walsh claimed that studies show it is better for children to be raised by a mother and father than by a same-sex couple. This advice comes from a man who tried to fight paying his wife the more than $100,000 he owed her in child support.

Stay tuned for more releases from the bigoted songwriter as Election Day nears. As for the Eagles guitarist by the same name, he’s backing Rep. Walsh’s opponent, Tammy Duckworth.