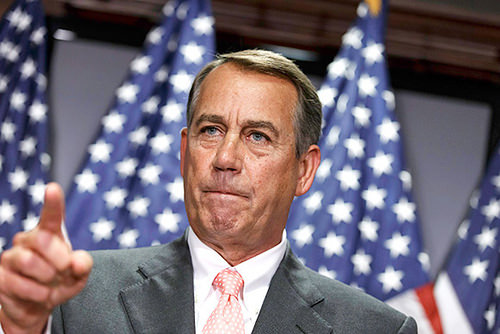 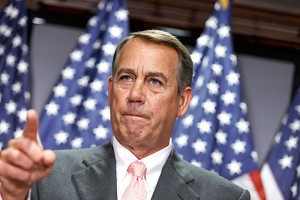 If John Boehner is so worried about the president’s executive orders, why didn’t he sue George W. Bush?

What a hoot to see House Speaker John Boehner up on his hind legs, braying like a goofy mule as he declares that by golly he’s filing a lawsuit against President Barack Obama for “aggressive unilateralism.” Or, was it unilateral aggressivism?

The Ohio Republican says it’s an outrage that a president would issue executive orders to set policy without the approval of Congress — at least on things that Boehner doesn’t approve of.

“Everywhere I go,” spaketh the speaker, “I’m asked: When will the House stand up on behalf of the people to stop the encroachment of executive power under President Obama?”

Really? Everywhere? That’s the question he gets?

Maybe he needs to get around to more places. I think he’d find that most people are more concerned about the imploding middle class, rising poverty, inequality, climate change, surges of violence in the Middle East and former Soviet Union, and even the failure of Boehner’s own “leadership” to address these real-life issues.

Nonetheless, Boehner is suing Obama for his “effort to erode the power of the legislative branch.”

No. Boehner endorsed his fellow Republican’s executive orders, even writing to Bush in 2008 pleading with him to exercise that presidential power for a national emergency — in this case, exempting a “historic steamboat” in his home state of Ohio from safety regulations.

I happen to oppose the use of these orders — but I also oppose using them to play crass partisan politics, as this goofy speaker is doing.