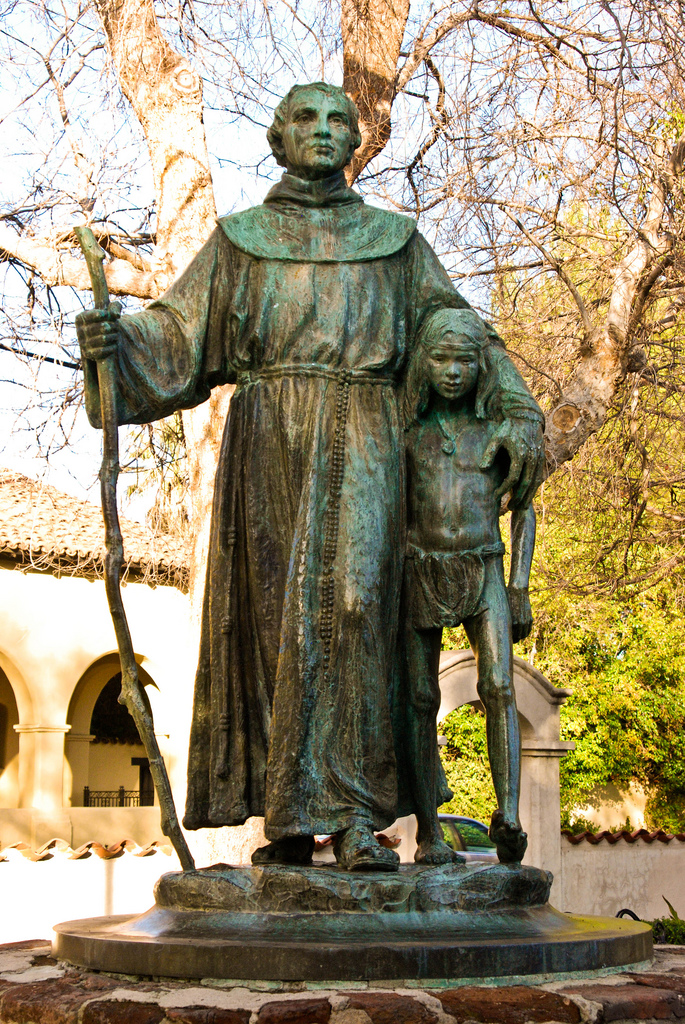 I greeted the pope’s visit with enthusiasm. I might not be Catholic, but I appreciate Francis for his humility, his kindness, and his call for action to address the climate crisis.

Then I heard the shocking news: During his visit, Pope Francis canonized Father Junipero Serra.

If you aren’t from California, your response to this development might be, “Who?”

If you’ve got California roots, you know exactly who Junipero Serra is. And there’s a good chance your city has a street named after him, or even a statue of him.

In 1769, Serra established the first Spanish missions in California, representing the first permanent presence of Europeans in the state. His goal was to “assimilate“ the region’s indigenous peoples into the Catholic faith and European lifestyle. 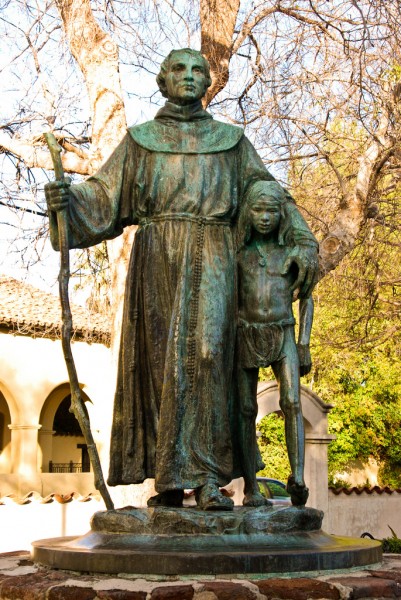 Unfortunately, he brought California’s natives much more than just “the good news.” He brought them misery, too.

Under the guise of “subduing the savage nature“ of the locals, as one mission priest wrote in 1796, the Spanish taught them all of the skills necessary to provide labor for the missions — weaving, farming, adobe brick making, wine making, and so on.

Some came to the missions willingly, while others came by force. Many came to seek refuge from persecution and enslavement by their colonizers, but in return had to accept the faith and the dictates of the missionaries. Some choice.

The system Serra created was cruel by design. Natives who were seen as disobedient were punished harshly with whipping, solitary confinement, branding, mutilation, and sometimes execution. Spaniards who spoke up on their behalf were sent away, and sometimes declared insane.

Ultimately, the natives of the missions fared little better than their counterparts in the countryside. Lacking immunity to European diseases, they succumbed in droves — a problem magnified by crowded living conditions, poor sanitation, meager diets, physical abuse, and long hours of hard labor.

Author M. Kat Anderson, who writes about California’s indigenous people, asserts that the Spanish missions had mortality rates of 72 percent. Her research on mission records turned up a finding of 62,000 deaths compared to 29,000 births between 1779 and 1833.

In one case Anderson cited, an indigenous man ran away from a mission and was forcibly returned. When asked why he left, he said that when his son was sick, the missionaries refused to give him any food, so his son died of hunger.

Within a century of the mission system’s establishment, California’s native population had dwindled to a sliver of its pre-colonial size.

Father Serra didn’t rob California’s indigenous people of their land, culture, and lives all by himself, but he was a key founding figure who set the ball in motion. Based on this unsaintly history, this canonization seems out of place with the pontiff’s own ideas about what it takes to be “pro-life.”

Pope Francis rightly earned ovations for calling on U.S. leaders to protect the planet and the vulnerable. During his remarks to Congress, he acknowledged that “the rights of those who were here long before us were not always respected,” adding, “We must not repeat the sins and the errors of the past.”

If we shouldn’t repeat those sins, we shouldn’t honor them, either. Instead of canonizing the Junipero Serras of the world, the church should celebrate the brave few who spoke out against their abuses.