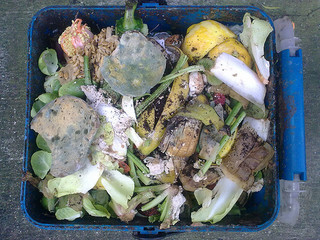 Junking Food Is Bad for Everyone

The food Americans waste could help end hunger in this nation.
By Jill Richardson | September 25, 2013

Several years ago, I worked in a grocery store bakery. At the end of each day, we threw away piles of perfectly good food.

Before the store closed, employees walked down each aisle, checking the expiration dates of bread, bagels, and cookies to toss out whatever expired that day — whether the food was actually still good or not. Then we chucked all of the day’s fresh-baked pastries, muffins, and bread. And those were definitely still good to eat.

As employees, we weren’t allowed to take it home and eat it ourselves. The store worried that if we could, we’d start baking too much on purpose in order to secure a larger supply of excess food at the end of the day.

I found the waste offensive.

Sometimes I snuck a bit of it out with me at the end of the night to hand to homeless people. I could have been fired for that. The store feared the prospect of attracting a line of homeless people begging for free food. And what if someone ate expired food, got sick, and sued? The food had to go in the trash.

According to a new study, this kind of waste goes on even after the food goes home with customers. Americans trash 40 percent of the food we buy — $165 billion worth per year — often because the food is past the expiration date. 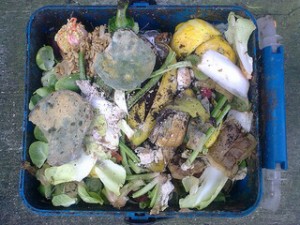 “Best before” and “sell by” dates can be arbitrary, concluded the researchers with the Harvard University Law School Food Law and Policy Clinic and Natural Resources Defense Council (NRDC) who conducted the study. We shouldn’t see them as indicative that food has spoiled. If a food looks rotten or smells bad, that’s when you know it’s time to toss it out — not just because a date on the package has passed.

“Food from the farm to our fork eats up 10 percent of the total U.S. energy budget, uses 50 percent of U.S. land, and swallows 80 percent of all freshwater consumed in the United States,” reads another NRDC report. Once in the landfill, wasted food yields methane, a greenhouse gas far worse than carbon dioxide.

But this wasted food doesn’t have to be a problem — it can also be a solution. At a time when 33 million Americans are “food-insecure,” and don’t get enough to eat, diverting just a fraction of perfectly good food from the landfill would feed all of them.

In my household, we also have a solution for the food that is no longer good for humans to eat. We feed it to our chickens and worms. We live in the city and keep a few hens for eggs. They are low-maintenance little pets who serve a number of purposes, like eating bugs and producing fertilizer. And they are ravenous for food scraps.

Whatever the chickens don’t take care of, we feed to the worms. We keep a worm compost bin, one that has holes large enough for airflow but small enough to keep rodents out. If the chickens won’t eat something, the worms certainly will. They turn rotting food scraps into black gold — worm compost — and we use it to grow strawberries, tomatoes, and salad greens. (Gardening also helps cut down on waste, since we can harvest highly perishable foods like lettuce as needed.)

What’s more, sometimes food past its prime is even salvageable as human food. Stale bread makes for great bread crumbs, overripe bananas become banana bread, and other types of overripe fruit are best for jams and pies.

Wasting 40 percent of our food while so many Americans go hungry is a national disgrace. As the Environmental Protection Agency puts it, we should “feed people, not landfills.”