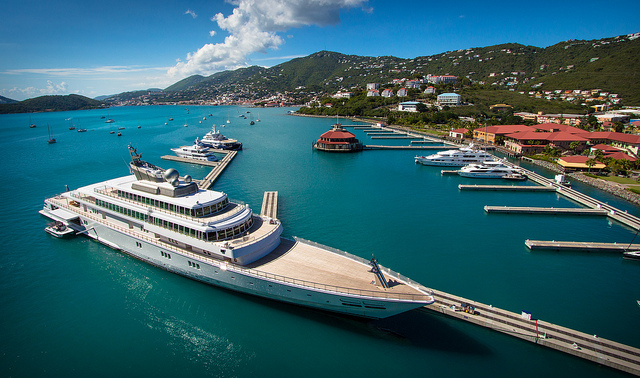 Just How Rich Are the Ultra Rich?

Nearly seven years ago — I know, wow — the Occupy Wall Street movement began highlighting the divide between the top 1 percent and the bottom 99 percent. Since then, it’s become common knowledge that income inequality in the United States is high.

But there’s more to the story than just numbers.

Income inequality isn’t the defining social issue of our time because your neighbor bought a slightly bigger house or nicer car than you did. It’s because multi-millionaires and billionaires are competing for slightly bigger mega-yachts while our friends set up GoFundMe accounts to plead for help with basic medical expenses.

Who are we talking about when we talk about the rich?

In his 2007 book Richistan, Robert Frank broke down the wealthy into various strata: Lower-Richistan, Upper- Richistan, and Billionaireville. My colleague Chuck Collins, in his 2016 book Born on Third Base, added another category: Affluentville. Those are the folks who don’t quite make the Richistan cut, but are still doing A-okay financially.

The basic concept here is that it’s decidedly different to be in the top 1 percent and the top 0.001 percent. The first group, according to a new study in the Quarterly Journal of Economics, pulls in at least $458,000 a year. The second pulls in over $47 million.

While one flies first class to fancy hotels on exotic vacations, the other flies in their private jets to mansions they own on islands they also own.

Right now, four in ten Americans can’t come up with $400 in an emergency. Two out of ten Americans have either no financial assets at all, or they owe more than they own. Over 70 million workers make less than $25,000 a year, and the federal minimum wage is less than the cost of living in every major city in the country.

Damon Young, founder of the Very Smart Brothas blog, described the lingering impact of poverty even after he went from living paycheck to paycheck to living without fear that his car would be repossessed. He called it “Post-Broke Stress Disorder,” and it’s very real for anyone who’s experienced poverty — and you can remove the “post” part for anyone still living in poverty.

At the other end of the spectrum, my colleagues and I edit a website called Inequality.org that tracks the obscenities of modern wealth. In a weekly feature, we catalog the gold plated sports cars, mega-super-insane yachts, and $4 million 18thbirthday parties for America’s richest. When individuals end up with more money than they could spend in a dozen lifetimes, this is what they end up spending it on.

This isn’t a story about hard work being rewarded. It’s a story about a system where millions of hardworking people flounder while a small number of idle rich look down on them from private jets. And it’s the inspiration for the Poor Peoples Campaign, a social movement inspired by the mission of Martin Luther King Jr. that’s now taking the country by storm.

There’s no law of nature saying the gap between the rich and poor must continually expand. The first step towards changing it is to understand it.

Josh Hoxie directs the Project on Opportunity and Taxation and co-edits Inequality.org at the Institute for Policy Studies. Distributed by OtherWords.org.